I recently created a game on Telegram. This was not my first Telegram bot, but it would be my first game. Hence, I first checked the official Telegram documentation for their gaming platform. 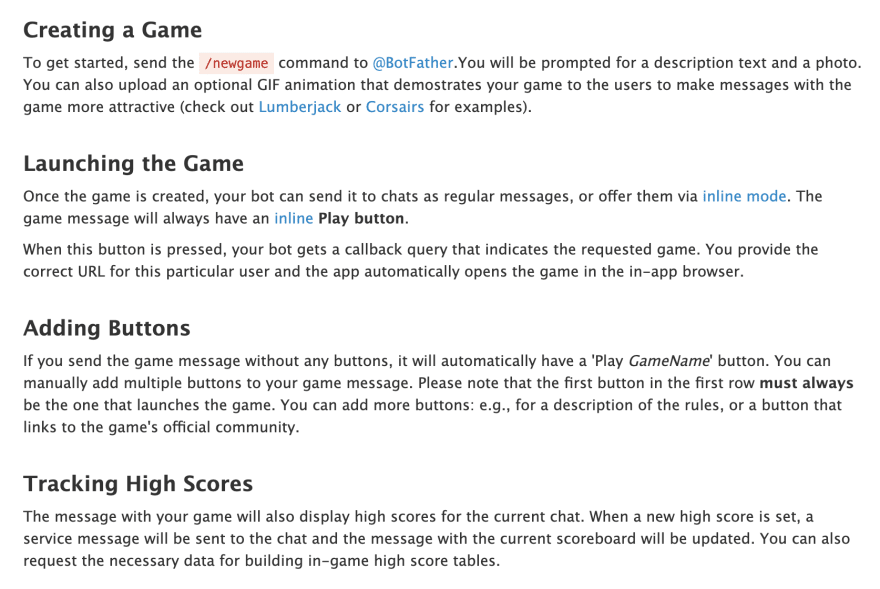 While reading it, I felt it was rather skimpy on the details. I also wished they would link to the bot API documentation directly, so that I could see the exact objects, methods and fields involved.

This guide is meant to provide slightly more details (and useful links) than the existing documentation, but is not meant to be a step-by-step guide. It is language-agnostic so that you can apply these concepts regardless of which language you choose to write your bot and game in.

After this process, you will have your bot token and your game_short_name, which will be used later.

Here's what the documentation says:

Once the game is created, your bot can send it to chats as regular messages, or offer them via inline mode.

Let's break that down.

It may help to read about inline mode and callback buttons first.

For example, you could have the bot respond to the /start command (or any other command/phrase of your choice) by sending the game. 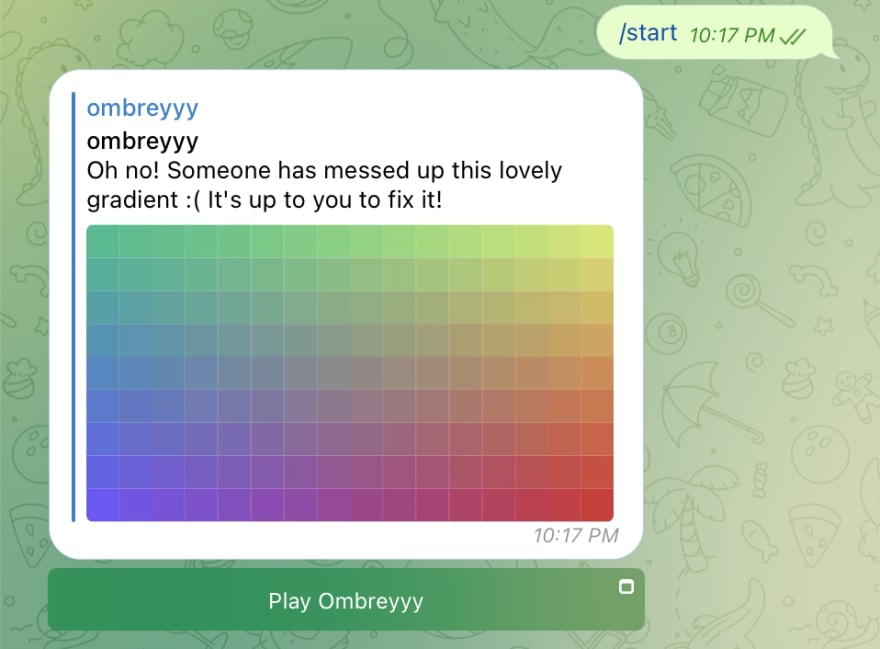 Here's a sequence diagram for what goes on behind the scenes. 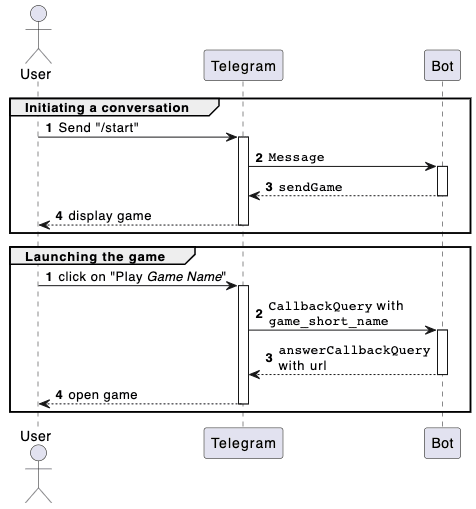 Next, the callback interactions occur.

This was the part that confused me the most.

Here is the equivalent sequence diagram for the interactions between the user, Telegram and your bot. 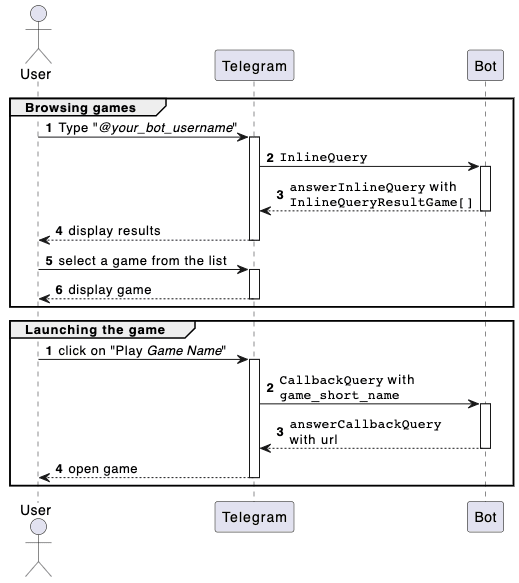 The remaining flow for launching the game via callback interactions is the same as before.

This guide provides more elaboration on the interactions between the user, Telegram and your bot when launching a game.

Hope this guide helped you, and happy coding!

A Github Bot to Get More Followers

How to build a slack birthday bot

Once suspended, xlzior will not be able to comment or publish posts until their suspension is removed.

Once unsuspended, xlzior will be able to comment and publish posts again.

Once unpublished, all posts by xlzior will become hidden and only accessible to themselves.

If xlzior is not suspended, they can still re-publish their posts from their dashboard.

Once unpublished, this post will become invisible to the public and only accessible to Wen Jun.

Thanks for keeping DEV Community 👩‍💻👨‍💻 safe. Here is what you can do to flag xlzior:

Unflagging xlzior will restore default visibility to their posts.