One of the beautiful aspect of the Linux world is the availability of a variety of Linux distributions (ditros) to choose from. Ranging from the ones that powers space hardware (like rockets and the ISS) to the ones that can power your refrigerator; Linux has it all.

Popular ones you would likely hear about include but not limited to ubuntu, fedora, mint, Debian, elementary, and arch.

The development of the Linux desktop has come along way from a simple command line interface to well polished desktop environments with elegant user interfaces (UI) and aesthetic designs to match – while still remaining very powerful as usual. Just as there are a lot of ditros to choose from, so is the number of desktop environment. With very flexible configurations to customize the OS to your taste. 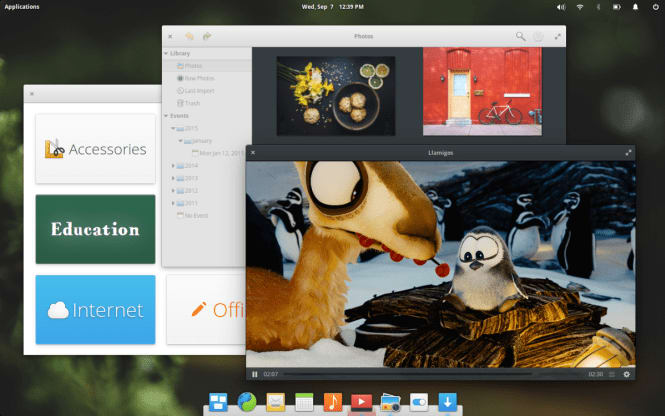 A relatively new arrival on the bock is a lightweight Linux distro with mouth-watery UI that would almost make you scream out of your chair. It has been posited by some bloggers as a windows 10 contender when it comes to UI.

Extern is being built by Anesu Chiodze; a computer science/Engineering student of the RMIT Uiveserty in Australia.

Extern is powered by JavaScript through the Node.JS framework. And there’s complete support of node.js APIs and all third party modules that are essential for modern application development. According to extern’s website it comes with defaults apps like music player, web browser and the likes. and it also comes with video and audio playback dedicated software (this means that it can play videos and music out of the box).

For now, extern requires a constant internet connection to use it. This is a kinda of drawbacks for climes with very expensive internet subscription or little internet penetration. Anyway future versions will definitely follow normal Linux development routes, where it can work natively offline.

Though it’s still in early stage of development (beta), it holds a lot of potential for the future. And one phrase that I could use to describe it is: different and inspiring!

The post Extern OS: the Linux you wish you had appeared first on Foss Naija.

Replace your Existing Unix Utilities with These Modern Alternatives