Coffee and developers have a strong connection. I mean a very strong connection, not unlike what Gollum shares with The One Ring. While having my cup of Americano yesterday, I started thinking - what's the best way of Caffeine intake. So cheers, folks! That's what we have on the menu today. 😉 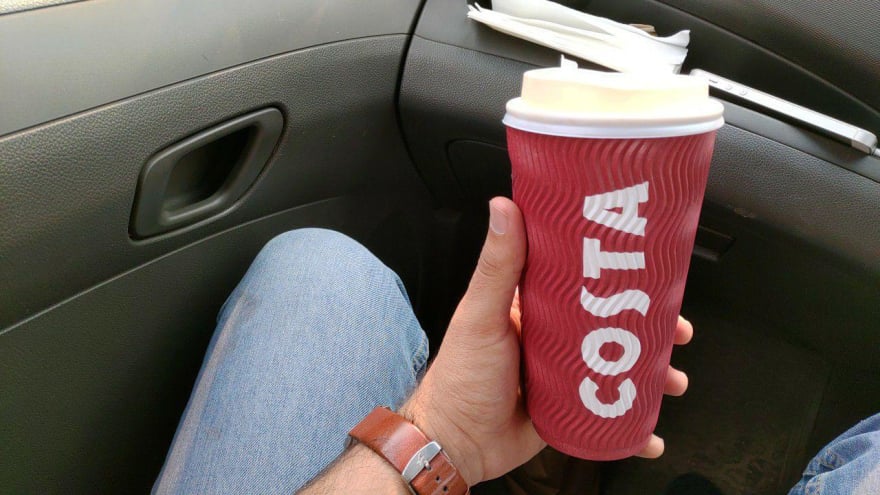 While ranking all the drink and ways to drink them, we will consider the amount of caffeine per serving and also the calories that go with it. So you will have your best source of caffeine at the end of this article.

Yup, your cola may contain some caffeine. One small cup may contain 27.8mg of caffeine and 31g of sugar. That's why it is not recommended to lean toward your cola for caffeine needs unless you don't have another option available. I know you will say "What if I take Diet Coke?". Well, there are many types of research that show Diet Coke is even more harmful. Check this link out.

Well, I'm not a big fan of Redbull, to be honest. It may contain the same amount of caffeine as a cup of coffee, but it has too much sugar in it. Although Redbull is quite popular among programmers, it's actually not a great source of caffeine. I have seen many people associating hackathons with energy drinks, maybe that's the reason Redbull is such a craze. And the mystical "taurine", which their marketing team pushes as some sort of magic pixie dust, is actually not that magical at all. Some people suggest it acts as more of a sedative than a stimulant, so it could actually slow your brain's activity rather than speed it up. Ironic, right? 😃

I know how much you love your Lattes and Cappuccinos, but sadly, my favorite caffeinated beverage is also not the best source of caffeine for you. They contain a lot of sugar, and let's not even talk about all those flavors we love to add on top. More sugar! It may be the best treat for your taste buds, but not for your health. There's no harm in enjoying it occassionally though. Just don't kid yourself that you're drinking it for something other than the taste. 😆

Caffeine: 67-78mg
Calories: 140
(Note: If you prefer small size, the numbers will be halved)
A typical Indian Chai, apparently the most consumed beverage in India, or Chai Latte for Westerns. This is the most preferred source of caffeine for most of the Indians. It has a fair amount of caffeine in it, but also suffers from the same downfalls as Cappuccinos and Lattes. It has a lot of sugar in it, so you shouldn't consume a lot of it.

Caffeine: 64 mg
Calories: 9
As we are going down, we are moving towards the healthier sources of caffeine. Espresso has an impressive amount of caffeine and that too in just 9 calories. The best part about this is that it's a shot. So no more savoury sips. One shot and you are done.

Yes, brewed coffee is the best source of caffeine according to me. Freshly brewed coffee can have upto 120mg of caffeine, and that too by consuming less than 5 calories. It has many antioxidants that increase the brain power. There are many other health benefits also. Check this post.

So there you have it. All the popular sources of caffeine dissected and analyzed. But the purpose of this post isn't to tell you to stop drinking certain drinks. You should definitely enjoy them all occassionally. After all, variety is the spice of life. Just try to lean on the healtheir side if, like me, you depend on caffeine to dominate your day. 😉
Oh and while we're at it, don't take too much caffeine. Everything is good in moderation, and that's true for caffeine as well. If you want to cut your intake, try some other sources not listed here, like dark chocolate or green tea. I'm sure you can find plenty if you look.

And don't forget to comment your favorite caffeinated beverage below!

Once suspended, xenoxdev will not be able to comment or publish posts until their suspension is removed.

Once unsuspended, xenoxdev will be able to comment and publish posts again.

Once unpublished, all posts by xenoxdev will become hidden and only accessible to themselves.

If xenoxdev is not suspended, they can still re-publish their posts from their dashboard.

Once unpublished, this post will become invisible to the public and only accessible to Sarthak Sharma.

Thanks for keeping DEV Community 👩‍💻👨‍💻 safe. Here is what you can do to flag xenoxdev:

Unflagging xenoxdev will restore default visibility to their posts.