Coding games are an oft-overlooked way of learning a new programming language or improving your knowledge of an existing one. Here are 13 coding games worth a try. CodinGame is one of the better-known free platforms for learning how to code through games. The platform supports over 25 programming languages and challenges get gradually harder as you progress through them.

CodinGame is a community, too. You can solve challenges together with your friends (or colleagues) and learn from other players how they're solving particular challenges. 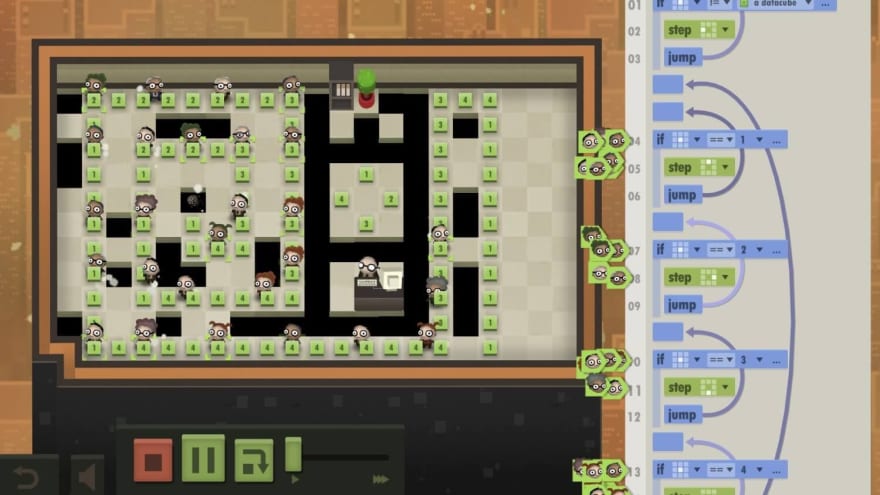 Tomorrow Corporation is an indie video game developer that specializes in coding games. They have three under their belt already: Little Inferno (2012), Human Resource Machine (2015), and 7 Billion Humans (2018).

7 Billion Humans gives the player 60 programming puzzles to solve in a programming language that's similar to assembly. Each time, you need to write a program that can most efficiently control all the humans in the puzzle. 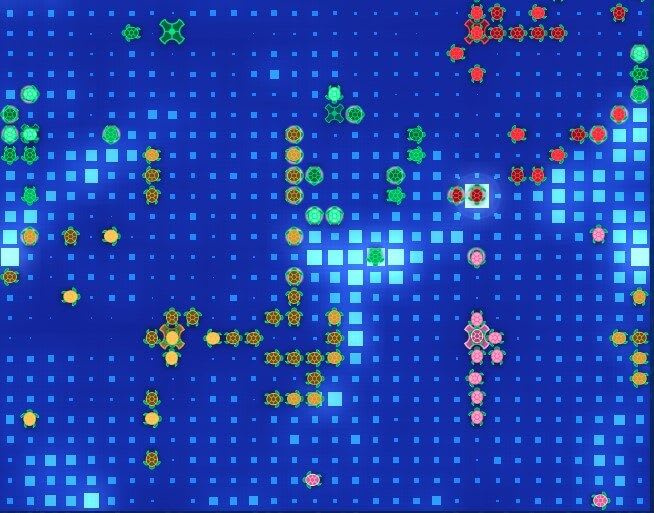 Halite is an AI game where people write algorithms in a programming language of their choice to compete in an online multiplayer game. The game is on its fourth iteration and, since its launch in 2016, has been played by more than 15,000 people.

You play Halite on Kaggle, an online community of data scientists and ML practitioners. There is plenty of documentation on Kaggle explaining how Halite works, what its rules are, and how you can get started.

Similar to Halite, Terminal is an AI game where you program algorithms and battle them against one another in tournaments. You can compete with other players and their algorithms for cash prizes, too.

You can play by hand, which requires no code, or play with the algos that you programmed. You can play against yourself, against other players, or against boss algorithms. Familiarize yourself with the game by watching it on Twitch.

CodeCombat is a platform that gamifies Python, JavaScript, HTML, and the fundamentals of computer science. As you progress, you'll unlock heroes, pets, gear, and more.

The game is free for all its core levels, with a $9.99 a month subscription if you want access to its extra level branches plus 3,500 bonus gems a month. The game has a strong open-source community that helps with translations and creating more levels. 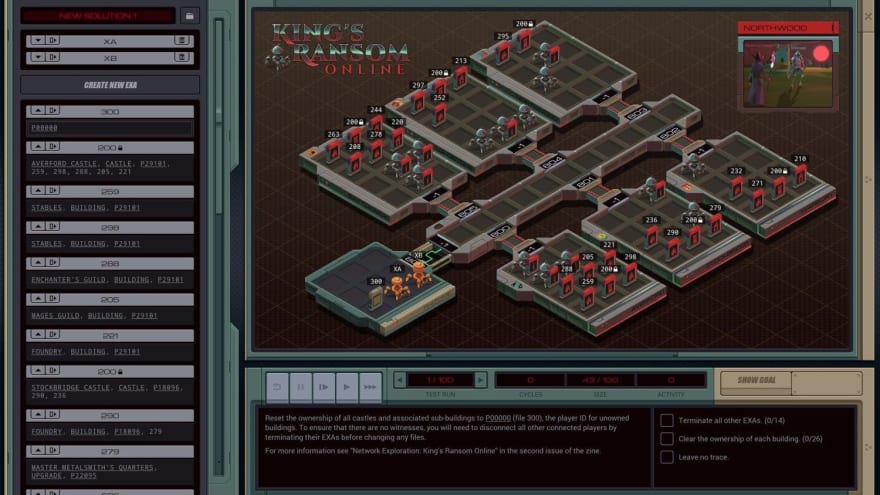 Zachtronics is an indie game development company that creates coding games. EXAPUNKS is their latest and user reviews on Steam have been overwhelmingly positive. You solve programming puzzles in a language similar to assembly.

Other Zachtronics games worth checking out are Opus Magnum, SHENZHEN I/O, and TIS-100. All three are programming games as well and have been reviewed positively by thousands of users. 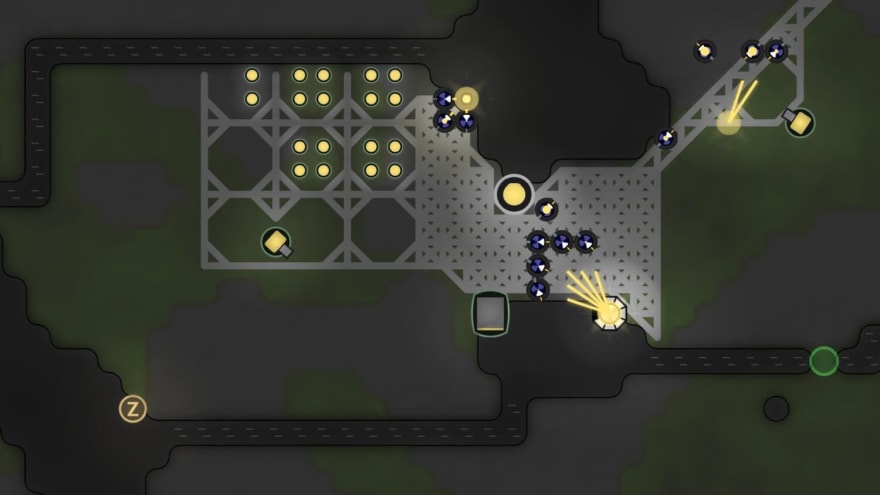 Screeps brands itself as an MMO strategy sandbox game for programmers. You write JavaScript to control your units in a single, persistent world where other players are continuously trying to attack you.

People like Screeps because you're writing real code instead of pseudo-code. Some companies even use it as part of their recruitment process, because there's no single "right" solution to writing code in the game.

Untrusted is a meta-JavaScript adventure game written by Alex Nisnevich and Greg Shuflin. You need to write (or remove) JavaScript code to create a gap in the walls that surround you.

Contrary to some of the other suggestions in this list, Untrusted is made for people who are already familiar with JavaScript. It starts easy, but the puzzles become difficult quickly. If you're up for a challenge, try Untrusted. 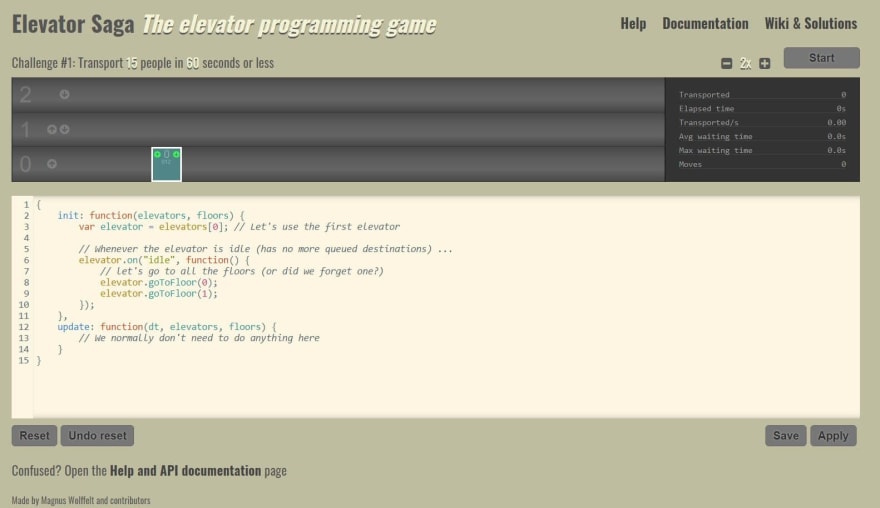 Elevator Sage requires you to program the movement of elevators by writing a program in JavaScript. You want to move people up or down in the most efficient way possible.

The better you do, the faster you'll progress through increasingly challenging levels. The code you write in the browser is saved locally, so you can close the browser without having to start over. 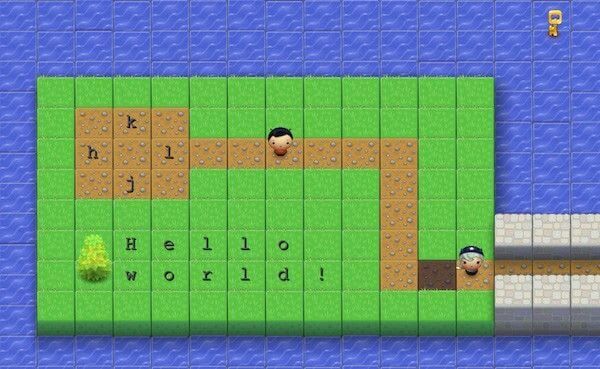 VIM Adventures teaches you VIM. More specifically, it teaches you all the shortcuts of a VIM text editor. You don't need any prior programming knowledge to play this game.

The game provides immediate error feedback, making it easy to understand what you did wrong and what you need to change to no longer make a particular mistake. 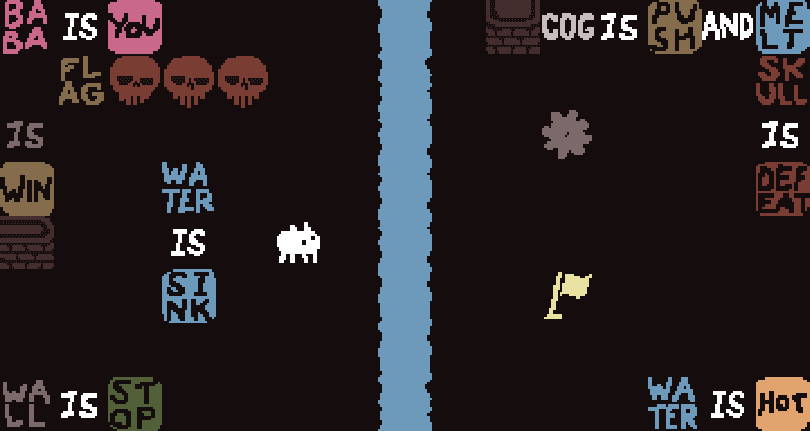 Baba is You is a highly-rated puzzle game that requires you to manipulate rules to allow the player character to reach a specific goal.

The game contains over 200 levels and won several indie awards, with some game reviewers considering this one of the best puzzle video games in recent years.

Codewars is a platform where you learn a specific programming language by solving gamified challenges. The better you do, the higher your rank and honor.

The platform is suitable for both beginners and intermediate programmers, as many of its initial challenges are small and straightforward.

Setting up a Minecraft Server

Everyone's familiar with Minecraft. But did you know you can set up your own Minecraft server and run scripts on it? Doing so will teach you about AWS, Java, and possibly many other programming concepts.

So if you're a Minecraft fan and you want to level up your programming skills while playing, try and write a Minecraft script with the Mojang API.

What do you think of this list? Did I miss any important coding games? Let me know in the comments.