If you are a developer working alone, or on a personal project you might not had to worry about the intricacies of the Identity and Access Management (IAM) system and how it works with the system of Role-Based Access Control (RBAC) in Kubernetes. This is because, in most cases, your cloud provider automatically maps your default IAM account (the one you may have used to create the cluster) to some group within your cluster with admin privileges (more on this later). 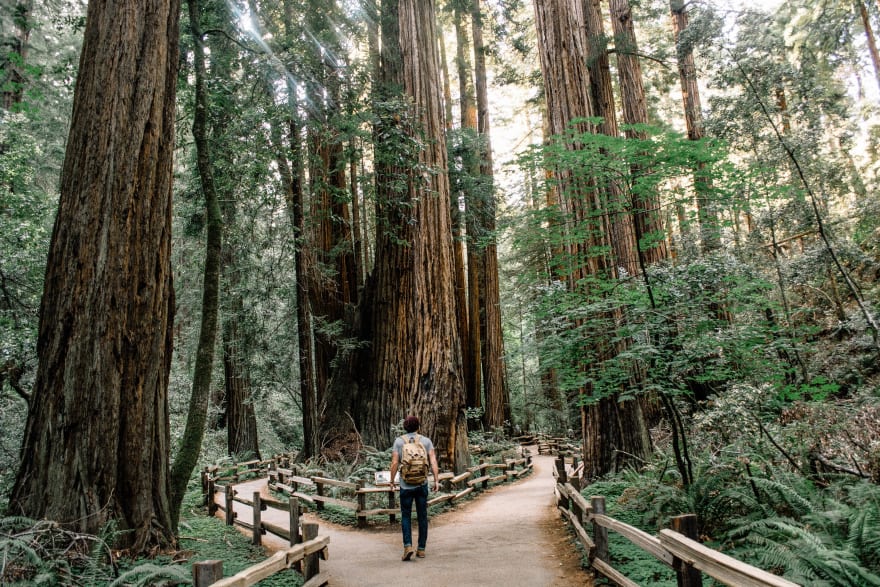 However, once you have multiple IAM roles or users in your organization, it becomes important to understand how each role translates to permissions within your Kubernetes cluster. In this article, I’ll walk you through all that you need to know about these two systems, how they work together and what goes on inside the hood! We’ll use AWS throughout the article but the concepts apply to all providers.

You can have permissions that allow specific operations on a set of Kubernetes resources as part of a role definition. It’s a really flexible and simple way to allow selective control of your cluster to users.

Here, we are granting the role pod-reader to the group system:serviceaccounts.

There are two ways in which the Kubernetes API is accessed.

Users are the humans who access the API, validated by some certificates. The service accounts on the other hand are used by the pods inside the cluster to access other resources.

A group is just the organization name for a particular user and is set when the user is being created. You can learn more about this here, but it is thankfully, not a prerequisite for the remainder of the article.

So now, you have certain users or groups in k8s that can perform certain specified actions in the cluster. Sounds good, but where does the AWS IAM users/roles fit in? So far, we’ve acted in a way that assumes these entities don’t even exist.

From Amazon’s guide on cluster authentication,

If you are unclear about the differences between authorization and authentication, check out my workshop which covers this topic illustratively.

From the quote, we can infer that the IAM console and the roles defined there only control access to the Kubernetes API server. The operations that the user is then allowed to take are governed by the RBAC system of roles and role-bindings.

To understand how the two link together, we need to take a look at how authentication is actually performed.

All values are opaque to the authentication system and only hold significance when interpreted by an authorizer.

Now to be more specific, let’s take a look at the Webhook Token Authentication strategy, which is also the strategy that AWS uses for its EKS clusters.

The Kubernetes API integrates with something called the AWS IAM Authenticator for Kubernetes, using a token authentication webhook. When started, it generates a webhook configuration file (which has the address of the authentication server (remote service) among other things) and then saves it onto the host filesystem.

From the docs on Webhook Token Authentication,

When a client attempts to authenticate with the API server using a bearer token…, the authentication webhook POSTs a JSON-serialized TokenReview object containing the token to the remote service.

The remote service is expected to fill the status field of the request to indicate the success of the login. The response body's spec field is ignored and may be omitted. The remote service must return a response using the same TokenReview API version that it received.

As you can see, the response includes information about the groups that this requester is a part of.

In the case of AWS, this is achieved through the use of a ConfigMap by the name of aws-auth. It looks like the following:

The authenticator gets its configuration information from the aws-auth ConfigMap . From the GitHub repository of the aws-iam-authenticator,

The default behavior of the server is to source mappings exclusively from the mapUsers and mapRoles fields of its configuration file.

It then sends that information as part of the TokenReview. The Kubernetes API server now knows what group the requester is a part of and also what roles this group exhibits (courtesy of role-bindings) and thus it can take the decision to either allow or deny the request. 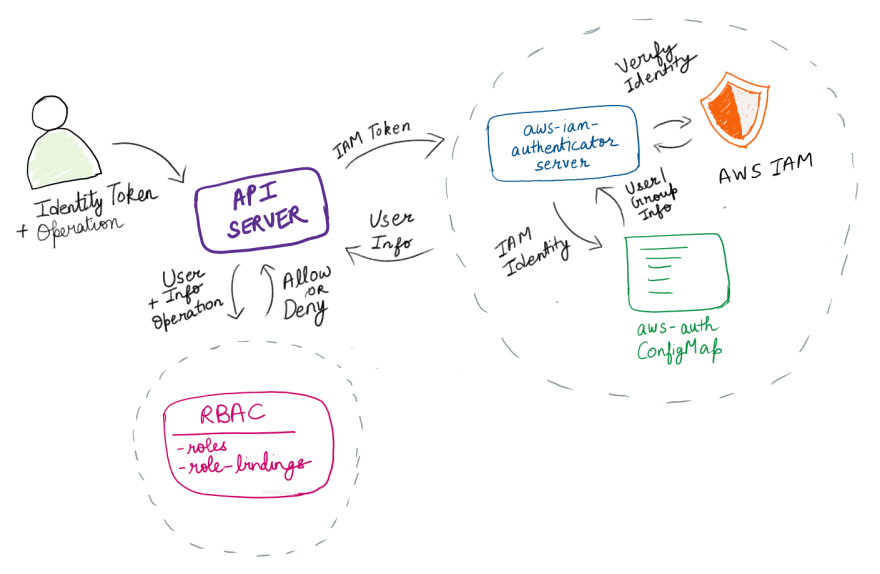 In conclusion, we have seen that the AWS IAM roles and the Kubernetes RBAC system work together to allow/deny requests by clients.

How to Automate OWASP ZAP

Once suspended, wjayesh will not be able to comment or publish posts until their suspension is removed.

Once unsuspended, wjayesh will be able to comment and publish posts again.

Once unpublished, all posts by wjayesh will become hidden and only accessible to themselves.

If wjayesh is not suspended, they can still re-publish their posts from their dashboard.

Once unpublished, this post will become invisible to the public and only accessible to Jayesh.

Thanks for keeping DEV Community 👩‍💻👨‍💻 safe. Here is what you can do to flag wjayesh:

Unflagging wjayesh will restore default visibility to their posts.