I really want everyone to stop conflating coding skill with technical skill.

Tech is so much bigger than code. Or it could be. 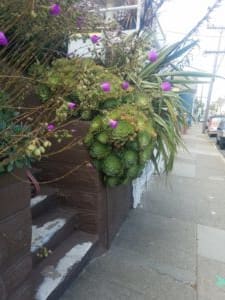 That’s a lot of response for me. Like “Livetweeting @kelseyhightower” levels of reaction. So let’s stop and talk about that for a bit.

Honestly, I wrote the tweet because a group I respect put out a call for coders to help under-indexed coders do something that is entirely unrelated to coding, and I was frustrated.

Developers are not automatically the smartest people in any room, and I wish we would stop treating them like they were. It leads to all sorts of workplace toxicity. Yes, this is about the Google thing. And the Uber thing, and the thousand and one other sexist and racist things we could rattle off.

Certainly, deifying coding is a contributing part of coders acting like they’re little tin gods. Why wouldn’t they be cocky, if everyone they work with acts like their skill is all that keeps the company afloat? Heck, sometimes entire companies are “acqui-hired” just to get a functional team of coders – the supporting cast and the product are jettisoned, as if they had no value.

I’ve worked with several startups, and at a certain stage, investors stop asking about your coders and developers, and start making noises like maybe there should be a manager, or a financial officer, or a CTO who thinks strategically and not tactically. That’s because at some point, coders are people who exist to execute a vision, but somebody had better have a vision.

A vision isn’t just a rosy sales plan – it comes with understanding the industry, the problem space, the user experience, the way other people will see and use and touch the product. It comes with sales and marketing and QA and tech docs and support. If you are not actively courting the best support staff money can buy and paying them enough to show you respect them, you are, flatly, a fool. A good support person can make or break customer retention.

I know a lot of developers, and I mostly like them. They’re smart, and they sometimes have an amazing array of interests and passions, within and outside work. But they’re not magical. You can’t actually multiply productivity with them, and they won’t save your company. They can execute. The really good ones can execute and anticipate your strategy and build toward it. But developers don’t end up leading companies because they’re really good at Javascript. They end up in leadership because they didn’t let their coding skills be their entire definition. They worked on getting better at people, and meetings, and product, and even more people.

So every time you talk about teaching girls to code, or asking coders to help other coders with non-code stuff, or putting on a code school with no exploration of other aspects of software development, you’re saying that there is only one right way to be in technology. That is a narrow gate you’re setting up. I don’t like it. It makes me angry, and not just because I don’t code, but because it devalues the contributions of all the other people who make the magic happen.

It takes so much more than code to make a product happen.

Here’s to the PM who works hard to balance conflicting priorities and goes to dozens of meetings, to make sure things turn out as well as possible.

To the QA tester, who designs and runs endless tests in permutations you would swear no human would try, because there is no one more cynical about human intelligence than a tester, and they’re always right.

To the UX designer, who is so often dismissed as “making things pretty”, when they’re actually “making your product usable”. They run hours of human tests, watching and iterating until your product is almost invisible to the user.

To the writers, both technical and marketing, who spend all their time trying to figure out how to make the product real and relevant and useful to the people at the sharp end of the stick.

To the sales and marketing teams, who really do sweat the small stuff, who are actually kind of sick of fancy dinners and travel and airport seats, but who keep at it because they believe in this product and its ability to solve problems. Also sometimes they make us stickers.

To security, who may actually be the smartest people in the room, but have harnessed it all to righteous paranoia so that we don’t have to sit up every night worrying the way they do.

To support, who spend all damn day talking to people who are angry that something is broken, and still pick up the phone and say “How can I help you?” at the next call. They get everything from eyerollingly stupid user errors to actual arcane and intermittent bugs, and we expect them to know their way around our entire stack to troubleshoot. They know so much about the product and the customers, if only we ever asked.

To sysadmins, operations, cable pullers, and the invisible backbone of our infrastructure. We only notice you when things go wrong, but they go right so much more often, and we never notice the rough spots you sanded over already.

To finance and accounting and accounts payable and HR and company operations, who keep the lights on, and the fridge stocked, and who do get paged at 2 in the morning if the cleaning crew sets off the burglar alarm. I’m looking forward to the day I see an office manager tweet an #oncallselfie. They are amazing, attentive, organized, detail-oriented people, and I’m in awe.

To everyone who brings us food, cleans our toilets, vacuums at 2 in the morning, and otherwise lets us live like petty royalty – we owe you so much, and we are too self-conscious to even say thank you sometimes.

To management. Yes, management. Who go to so many meetings, you don’t even know. They’re out there making tradeoffs and calculations and doing the best they can with what they have and when you think about it, they have zero ability to make any difference in the product. All the responsibility, none of the power, at least in that direction.

The next time you hear someone talk about tech jobs as if they were all coding, stop and think a moment. I don’t want to devalue coding – it’s pretty cool. But I do want to pull all these other positions into the limelight of tech, and say,

“All of us make the product, and that’s awesome.”

Heidi Waterhouse
Heidi is a developer advocate at LaunchDarkly. She is passionate about clear communication, humane workplaces, and conference speaking. In her spare time, she sews dresses with pockets.
In which I am cranky about the urban/rural divide
#bestpractices #industry #life #personal
Your DevRel pipeline
#devadvocacy #industry #devrel #pipeline
Extremely Online People
#devadvocacy #industry #life #uncategorized

Thanks for keeping DEV Community 👩‍💻👨‍💻 safe. Here is what you can do to flag wiredferret: