After a very bumpy ride I was able to complete this challenge. It's proven to be the most difficult challenge to date, probably due to my own choices, which explains why I'm posting a bit after the deadline that was on March 31st.

Due to the expensive nature of these services I have deleted the resources already. Considering, everything is scripted it's not terribly difficult to deploy the infrastructure with ARM and the code with Azure Pipelines.

The requirements mentioned a slew of programming language options that I could've used to complete the challenge.

I chose Ruby since I have never used it before and I wanted to learn something new. From the list above I've used all of these languages before besides Ruby and VB.

I quickly realized that the only Ruby framework supported on app service was Rails. That put me off a bit since I had no prior Ruby experience and have heard about how large Rails truly is, yet I didn't turn back yet.

I tried to keep the app simple, but functional. I had to build a verification application that would capture user details like name, address, photo, and voice. 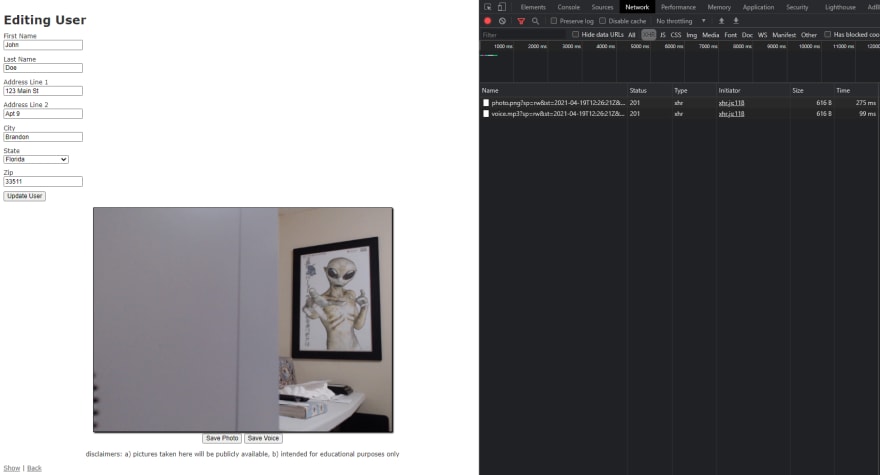 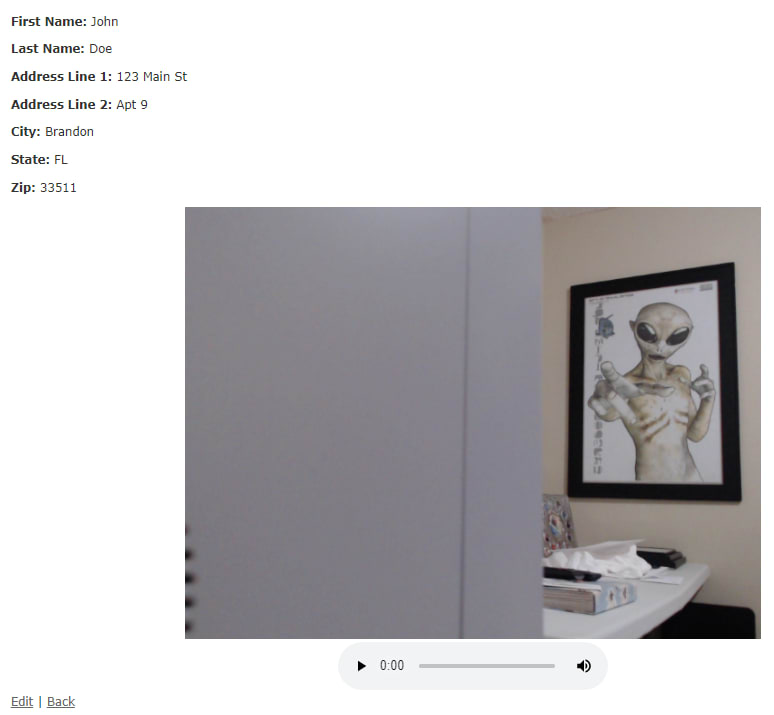 I would store the user details in Cosmos DB and store the photo and voice objects in Blob storage. I personally believe that binary objects like these should not be stored in traditional databases, even if they can be.

I only used a single model, User, for this app. I decided to use the generated user id as a key in the Blob storage so I could correlate the binary objects back to the user they belong to. Since I needed the user id I moved the photo and voice capture to the Edit screen so the user would have to be created first and then updated.

Originally I was attempting the uploads on the user creation itself, but scraped that idea. I recalled that popular sites like GitHub and others require a user account before uploading an image so thought this implementation was fine. 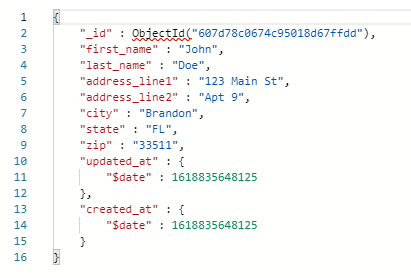 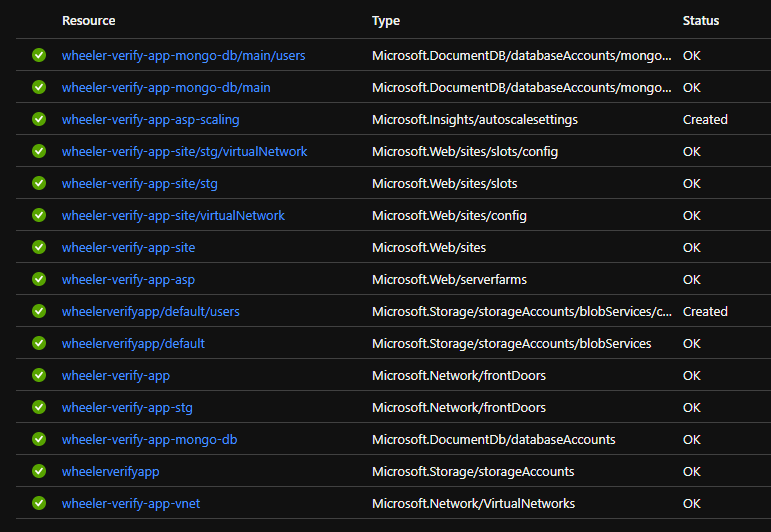 The requirements outlined using ARM to deploy the infrastructure. This is the Infrastructure as Code (IaC) solution on Azure.

I'll be honest that I wasn't too familiar with ARM when I got started. Although, I'm very familiar with CloudFormation (AWS IaC), so I was excited to jump into this as it looked similar on the surface.

Let me tell you that I was mistaken. I love the ease of use that CloudFormation provides and didn't find that in ARM. The syntax was much harder to grasp and each resource had to define it's own API version that allowed Microsoft to make compatibility breaking changes. I received the tip early on to build my resources out using the Azure Portal and then export the template using the Export Template feature.

Okay yes, what a great tip. This helped a lot. Unfortunately, there were still complications.

My overall feeling for ARM is that I'm disappointed.

The requirements outlined using Cosmos SQL API. If you didn't know Cosmos DB is capable of communicating over multiple APIs to ease use.

Wait a second... you may have noticed that I mentioned I'm using the mongoid gem and the Cosmos MongoDB API. Well yes, I tried to use the SQL API like the requirements specified. However, my efforts were in vain. I didn't find any way to achieve that. I even posted on Stack Overflow once I felt lost who also suggested that I change paths.

I truly believe that Ruby is not treated as a first-class citizen by Microsoft Azure. This was clear by the lack of documentation, examples, and overall help for Ruby apps. I would say that it's even more obvious since their flagship DB doesn't provide support for Ruby out-of-the-box.

I'm hoping this changes in the future.

I didn't spend sufficient time researching Ruby versions or Azure compatibility before diving in. I started with the RubyInstaller's recommendation of Ruby 2.7.2. 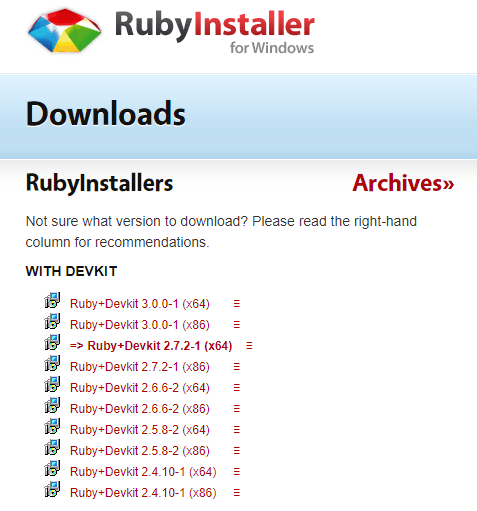 Once I had my app code written I tried to deploy the code to Azure App Service through the Azure Pipelines Microsoft-hosted agents. That's when I learned that the build agent was using Ruby 2.6.6.

I struggled to downgrade my Ruby version to match the build agent. I felt forced to uninstall Ruby and re-installing the proper version from scratch.

The next time I ran the pipeline it successfully deployed! Success? Not quite the App Service showed that the app failed to start. The logs informed me that App Service was using Ruby 2.6.2. 😕

I couldn't understand why Azure would run different versions of Ruby on their App Service and their build agents. I briefly tried to downgrade once again, but was unable since the RubyInstaller I've been using did not list 2.6.2 as an option.

I attempted to omit the minor version completely and deploy ~2.6, which failed.

All this was incredibly frustrating and I reached out on Stack Overflow for guidance. The consensus was that I had to build a self-hosted agent to deploy this code to App Service.

Lesson learned here was that I struggled so much to switch between Ruby versions that I decided to install Ruby Version Manager (RVM) to simplify things. Since RVM is not supported on Windows at this time I decided to install Windows Subsystem for Linux (WSL) and Ubuntu on my Windows desktop. Before you ask, yes! That was easier than managing multiple Ruby versions on my Windows computer.

I'm thankful that my IDE, RubyMine, was able to utilize the Ruby SDK from the WSL system. 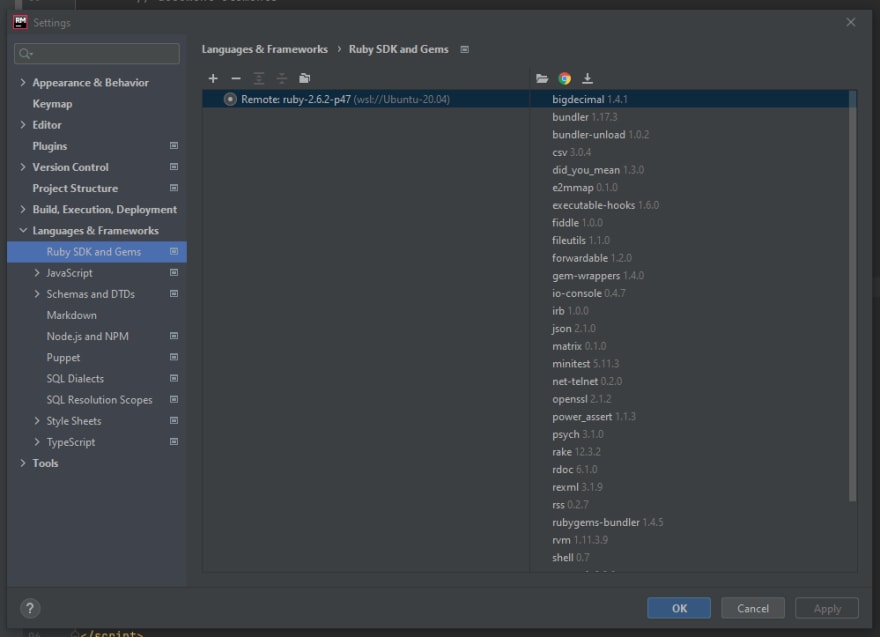 Speaking of Azure Pipelines I quickly understood the familiar yml syntax used. This acloudguru course, Build and Deploy Pipelines with Microsoft Azure, helped me close the gaps I did have so I didn't get stuck here for too long.

The steps were divided into script actions and task actions.

All considered I'm glad I participated in this challenge. I felt like I learned a tremendous amount in this exercise. I definitely believe that I learned a lot more than I would have if I simply decided to use a programming language that I am already proficient in like Java.

In hindsight it seems that if I spent more time at the start of the project researching I may have been fortunate enough to avoid some pitfalls and maybe even finish on time.

I will practice restraint to save heartache and headaches half-way through my future endeavors. Even though am eager to dive into the next adventure the #CloudGuruChallenge has in store for me.

Please don't hesitate to reach out to me on LinkedIn if you'd like to connect and let me know what you think about my experience.

Did you also participate in #CloudGuruChallenge?

Did you dislike this?

Cloud Technology News of the Month: May 2021