My grandmother and I are walking in the city center and pass an underground garage entry. We pass a large ticket vending machine. Right in the middle of the front panel, ominously red, there is a button. Five year old me evidently presses that button; not even a second later, a light goes on and a distorted voice comes out of a speaker, yelling something I don't understand. I panic, my grandmother quickly yanks me to the side and tells me harshly not to press random buttons again.

I know better: when I am a grown-up, I will press random buttons and make things happen, and noone will be able to stop me.

My first grade class (in fact, the town was so small that first grade and fifth grade were combined into a single classroom of 20) go to the town's community center. It is a small room lined with TVs and the French answer to the ZX80: the Thomson MO5. France in the 80ies had a strong penchant for Digital Utopianism, as evidenced by the Minitel, and pervasive computer education in schools. 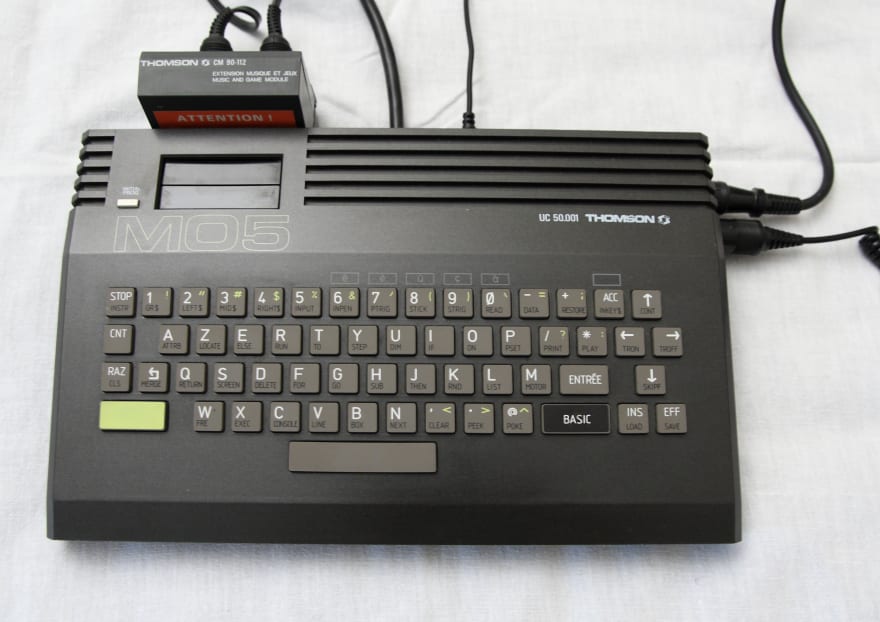 When turned on, the machine instantaneously boots into a BASIC prompt. You can either write your program cold, or load it from a ROM cartridge or a standard tape cassette. Our teacher plugged in the LOGO cartridge and the magic turtle appeared on screen. AVANCE 50 DROITE 50 RECULE 50 GAUCHE 50 was my first program. The software I liked the most was the "story engine", where you could could fill in different words into a skeletal tale. 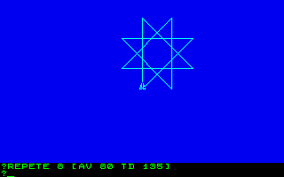 While we never really learned how to program, this was a clear indication that pressing random buttons was a valid career path.

Around 1989, my parents saved up and bought a used 8086 without a graphics card; while it had no hard drive, it had two floppy drives, immensely better than a slow tape reader. It came with DOS and Wordperfect on 5 1/4" floppies; along with DOS came a bunch of other tools: GWBASIC and DEBUG.COM were to have a lasting influence. While I didn't get into programming until later in 1991, I did read the Wordperfect manual back to front (it came in beautiful blue binders), and learned to program macros. I can remember the tutorial contents about the Versailles castle to this day. 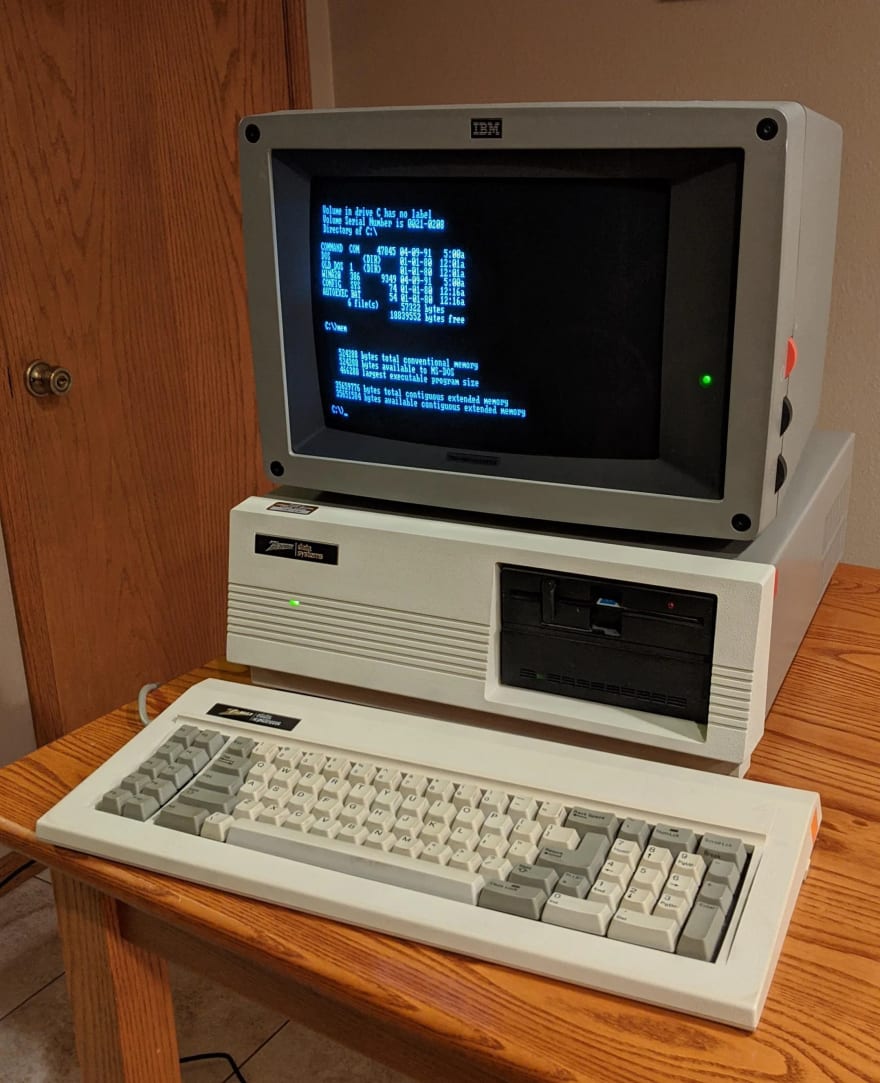 In the early 1990ies, with a 8086 and no graphics card, there weren't many video games to play with. We had Tetris; my father also got ahold of a copy of Leisure Suit Larry (which interestingly enough is rendered as text with the ASCII extension character set). That was it.

Leisure Suit Larry allowed me to deeply hone my English language skills. I also learned a lot about American presidents - knowledge I needed to pass the age test at game start (I later learned you could also just press F11). I did make significant progress in the game, but let's say that it only had a few pulsating, blocky characters to offer in lieu of titillation.

Due to the invasion of home computers in the 80ies, the ZX80, the C64, the Thomsons, the Ataris, the Amigas, public libraries were flooded with introduction to programming books for kids (well... clearly targeted at boys. For an illustration of sexism in french society, here is a quite entertaining look at TV ads). These books were filled with little robots explaining what a variable is, and beautifully illustrated program listings.

Gone were the days of solving riddles in seedy Vegas hooker bars. I could now copy the following code from Usborne's Space Games and be escape from aliens in my spaceship. 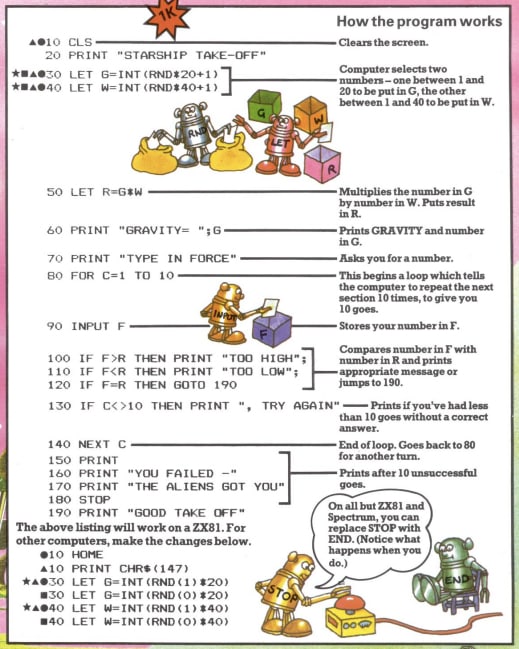 I still can't convey how exhilarating this was.

I graduated to writing a full adventure game following the instructions in this book: Write your own adventure programs (Usborne). The BASIC didn't line up, the computer architecture neither, and I didn't really understand that at the time. It took me many months to get it to run, but I ultimately. I have since carried that book with me everywhere as a talisman, a reminder of the dreams that got me into programming. 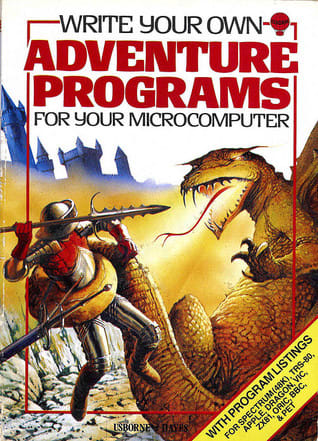 30 years and a lot of button pressing to make things happen later: Here I am, about to turn 40, in a big city on a far away continent, directly across the ocean from that small town in Normandie, flush with computerbucks, facing mortality, searching for the meaning of life, circling the drain of my midlife crisis. And I say to myself, "Oh heck Manuel, YOLO", rewind the first tape of MANDRAGORE, and type RUN"". 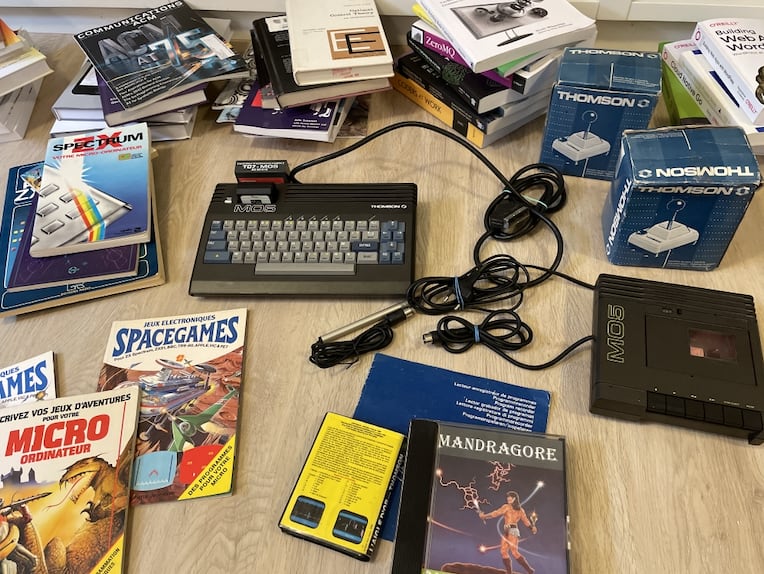 15 excruciating minutes of tape loading later, I know why writing your own games was so popular. It wasn't hard to do better than this: 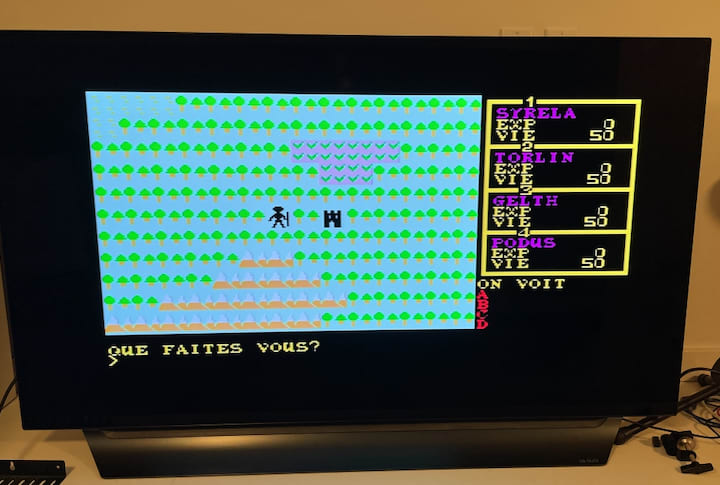