We’ve developed an open-source language for building full-stack Node + React web apps with less code. It's called Wasp, and its primary purpose is to make a life of a developer easier.

You describe the application’s functionality (API endpoints, authorization, deployment, etc.) in a single file. The compiler does the rest itself. The result is a full-fledged web app built with Node + React, created in a few minutes.

We've opted in for HacktoberFest, and it has already brought us tremendous results! Ten merged PRs from the external contributors, six are in progress, and more to come! It's a huge step forward for the project! Not only in terms of the amount of work done. But also the user engagement and general feedback. Definitely a huge win for us! 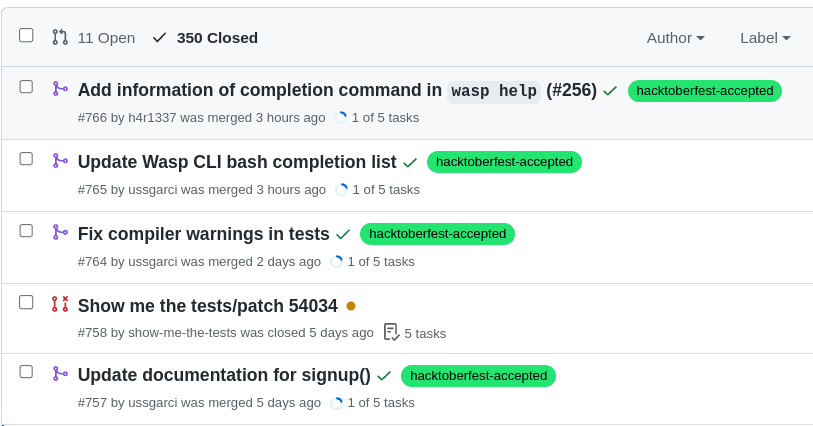 If you're still thinking about whether you need to join HacktoberFest or not -- you definitely should while there's still time!

Once unpublished, this post will become invisible to the public and only accessible to Max.

Thanks for keeping DEV Community 👩‍💻👨‍💻 safe. Here is what you can do to flag wasp: