Recently the social media tool Crowdfire had its Twitter API suspended without warning. Suddenly its users all over the world had their ability to post curated content to Twitter completely shut down, leavng them with no good way to automate their social media engagements. In this article I will explain how I am using IFTTT to overcome their suspension to let Crowdfire do its thing, and let me continue to post articles to Twitter.

I use Crowdfire to help with much of my social media. If you aren't familiar with Crowdfire, it bills itself as a tool to manage multiple social media platforms from a single dashboard. Basically, I use it to help me locate, curate, and share articles on the web that I find relevant to my day job as a software developer and to my few thousand Twitter followers.

Crowdfire works by searching the web for articles matching keywords you supply. It provides a daily list of articles that its algorithms match to those keywords. It doesn't post automatically. You select which articles to post and which to ignore. You can block articles from certain websites if you find them totally irrelevant.

I used Crowdfire successfully to build a modest Twitter following of like-minded software developers. It only took me a few minutes per day to review a dozen or so articles, and share the ones I felt my followers and I would find interesting and useful. It was a great tool, until it wasn't.

As a software developer, my day is spent solving problems. Surely there must be a solution to this one. That's when I remembered IFTTT.

IFTTT to the Rescue

Web developers tend to think of things in terms of building blocks. The programmable web is a massive collection of these building blocks, assuming you know where to look. IFTTT is a somewhat clumsy acronym that means IF This Then That. It consists of a collection of recipes, each taking the form of "If this event happens on one of your web accounts, then do that other thing." IFTTT still has the ability to post to Twitter, so I thought to myself, "I wonder if IFTTT can watch for my new Facebook posts, and then automatically cross-post them to Twitter?" As it turns out, it can, and it's really easy.

The first thing I had to do is register with IFTTT, and connect my social media accounts. Because I was planning to connect it to Facebook, I decided to sign up using my Facebook account. 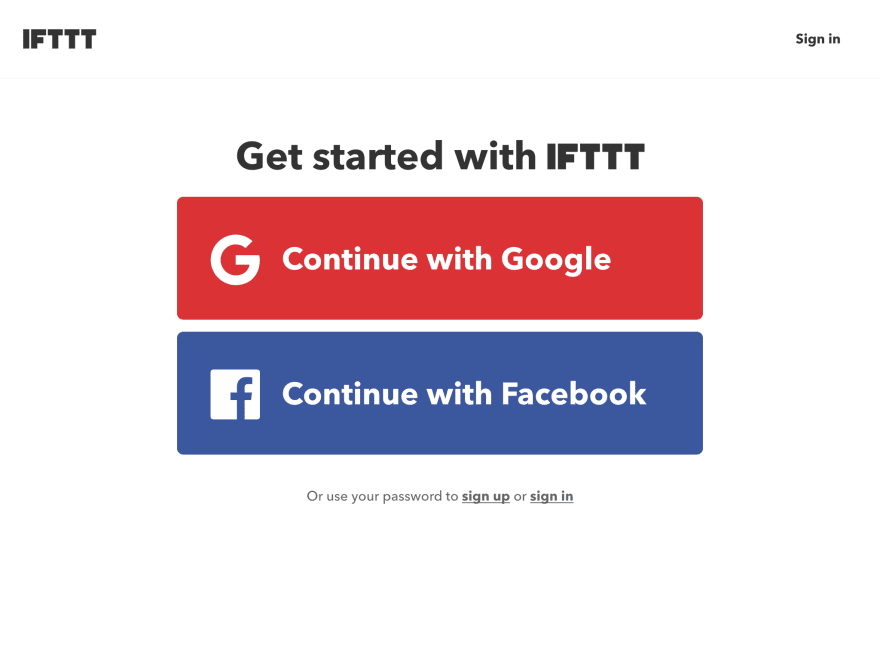 After that was done, I needed a place to post my content. I didn't want to burden my family and friends with this stuff, so I created a new public business page, also called WalkingRiver. It's here if you're interested in seeing it.

Then I experimented with some of the various recipes provided, which IFTTT calls Applets. Some of them worked better than others. The first few I tried didn't work at all, and one was inconsistent. One of them worked too well, so I turned it off. The image below shows the ones I tried (disabled, in gray), and ultimately the one I decided on (in blue), which seems to work perfectly. 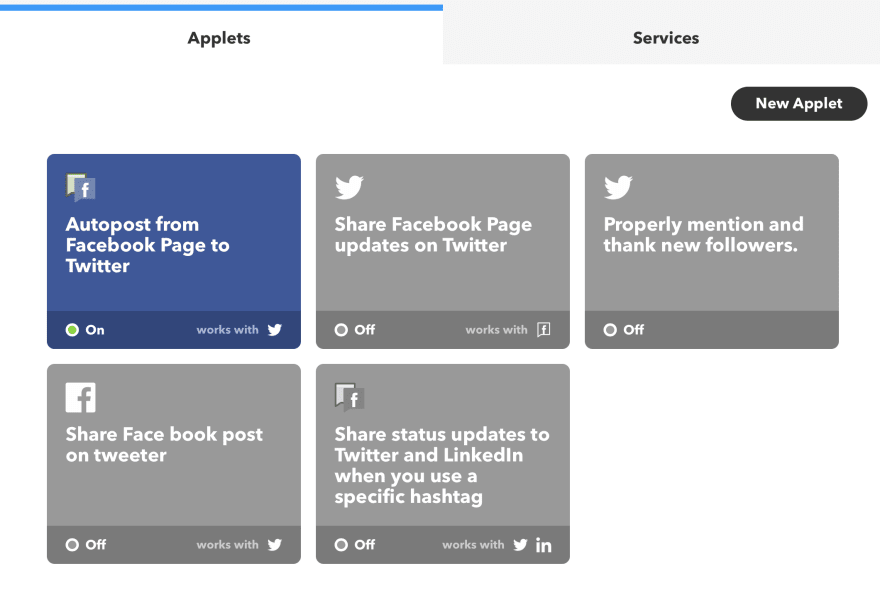 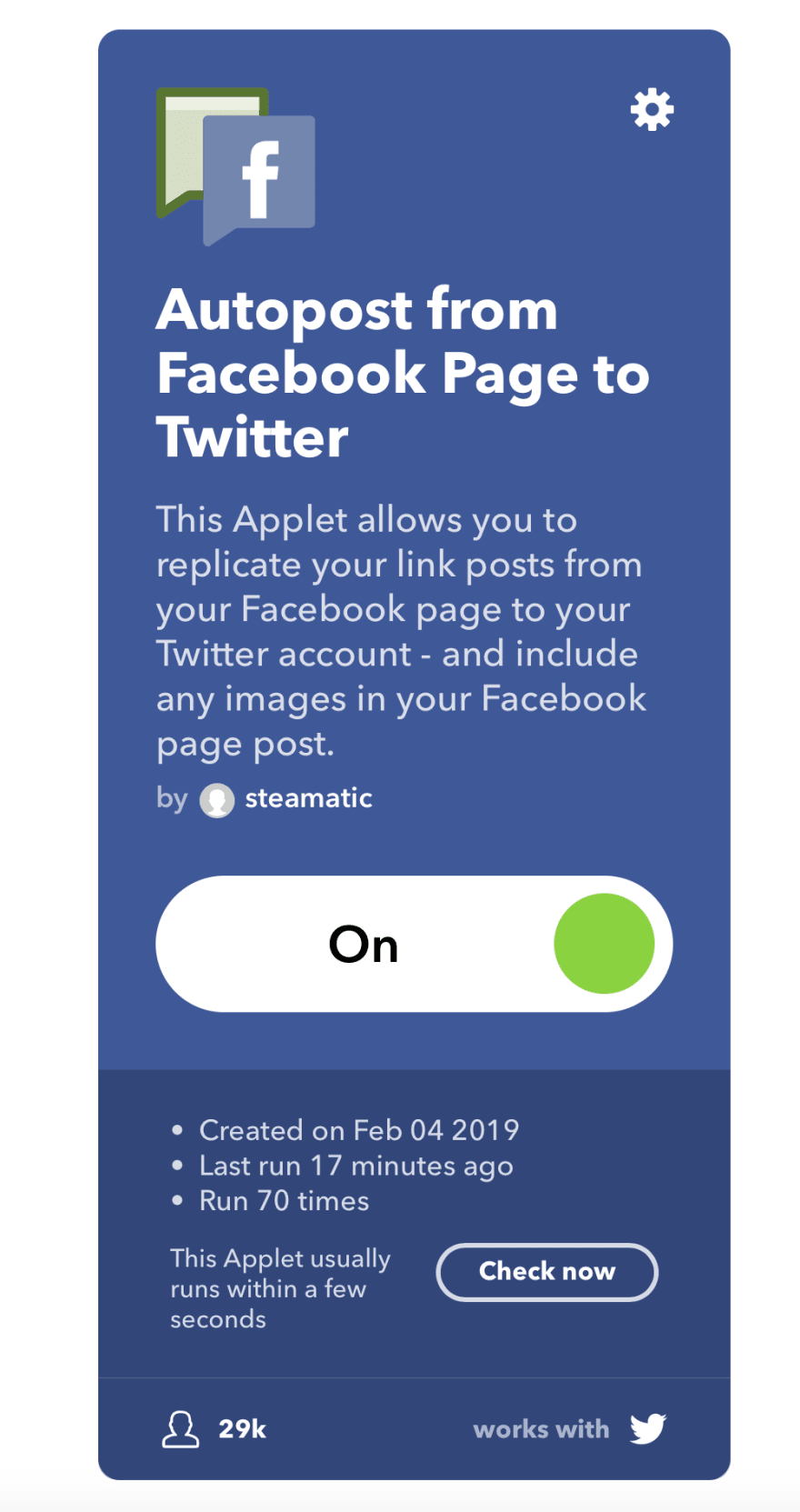 The results are shown below.

Here is one of my articles I selected in Crowdfire, as it appears on my Facebook page. 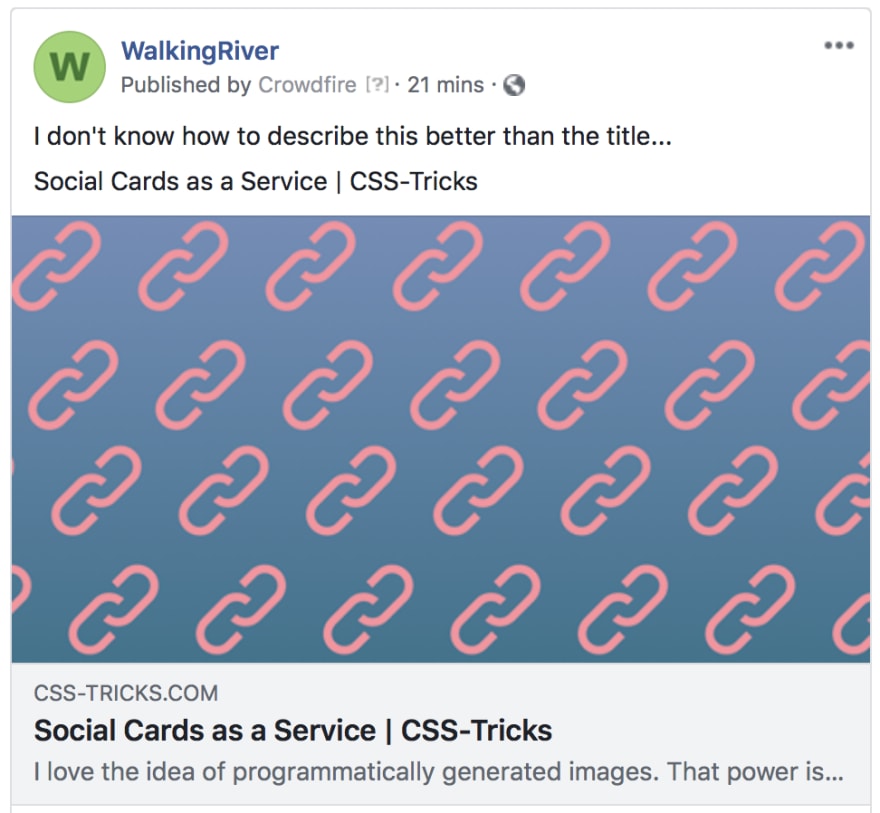 A few minutes later, IFTTT posted this to Twitter 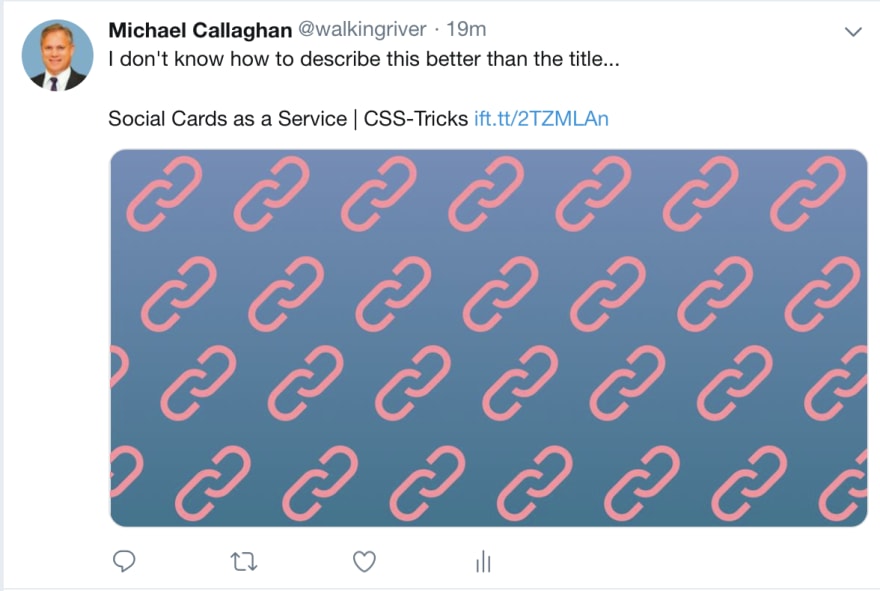 The only complaint I have at this point is that the link posted to Twitter is a shortened link from IFTTT. For now, I'm satisfied with what I have, especially given the configuration involved. It wasn't too hard to get right, and now I can spend my time reviewing content instead of posting it.

Why and How You Should Use Twitter for Networking

Build a Lead Generator in 5 Minutes with Typeform, Clearbit, Airtable and Standard Library