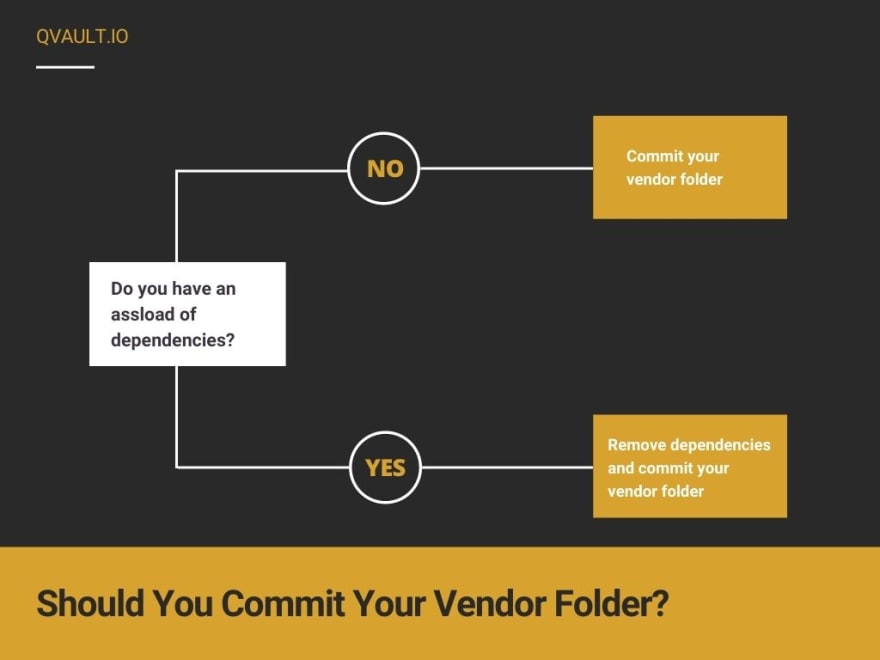 The post Should You Commit the Vendor Folder in Go? first appeared on Qvault.

The answer to the age-old question of, “should I commit the vendor dependencies in my Go project to source control?” is “almost always“. As an FYI, we here at Qvault use Go for all of our backend work, and we always commit our vendor folders. Let’s take a look at the reasoning behind my claim that committing dependencies is ideal.

What Is the Vendor Folder?

If you are coming from Node.js land, Golang’s vendor folder is basically the same as Node’s node_modules. It is a folder found at the root of a module that stores a copy of all the code the module depends on. The code is used to compile the final executable when the go build command is run. As you can imagine, at the heart of the “should we commit vendor?” discussion is the problem of repo size.

node_modules is infamous for its large size. 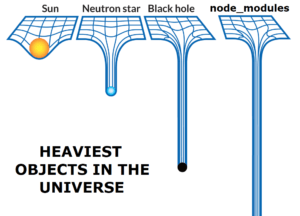 As a result, conventional wisdom in the Node community is to add node_modules to the .gitignore file in order to save space. After all, a quick npm install (or in Go’s case go get) will grab everything right?

Yeah. Yeah it will. Most of the time.

The error code above famously plagued the developer world because developers were too lazy, or perhaps too sloppy, to write a few simple lines of code. Had a copy of the dependency been committed to all the projects that depended on leftpad then nothing would have been broken when the package was removed from NPM.

Luckily, up to this point, the Go community has been much more rigorous about upholding the virtues of keeping dependencies to a minimum. When dependencies are kept to a minimum, it’s easy to commit the entire vendor folder without incurring the huge data cost that the average node_modules folder would demand.

Just like the flow chart at the beginning of the post outlines, if you don’t have an insane amount of dependencies, just commit those dependencies! You save yourself the headache of worrying about their source repos being deleted or not having network access when you build your project. On the other hand, if you do have a metric shitload of external code, maybe you should work on cutting the fat.

Use session middleware to implement distributed session solution based on Redis