The post Saving a Third of Our Memory by Re-ordering Go Struct Fields appeared first on Qvault.

In past projects at Qvault we had an application that typically ran with ~2GB in memory at any given time. By simply changing the order of some uint variables we managed to drop the memory usage to less than 1.4GB. The vast majority of this allocated memory is due to an enormous slice of stats structs.

The stats struct has the following type definition:

In theory, this struct will use a measly 4 bytes. Each uint8 uses 1 byte, and the single uint16 needs 2. We began to suspect that we had some wasteful memory issues, so I built the following little program to show how memory is being used by our struct:

On my MacBook using Go 1.14.1 the above program prints:

Notice that even though NumPosts only has a size of 1 byte, the next field, Reach, still starts at offset 2. A whole byte is being wasted! The same thing happens with the NumLikes field, it starts at offset 4 with a size of 1, but the struct still takes up the full 6 bytes.

This may not seem like a big deal, but when you are storing millions of these structs in memory the bloat starts to add up quick.

If we change the stats struct such that the uint16 isn’t defined between the uint8s:

Then the output of the program becomes:

The total allocated memory drops from 3 GB to less than 2, and each instance of the struct now only uses 4 bytes.

Modern CPU hardware performs reads and writes to memory most efficiently when the data is naturally aligned. The memory that is stored side by side should be accessible using a common multiple, so the Go compiler makes sure that it is.

With our first struct, the Reach field is between the NumPosts and NumLikes fields, which means that the compiler will add some padding to keep things nice and even. 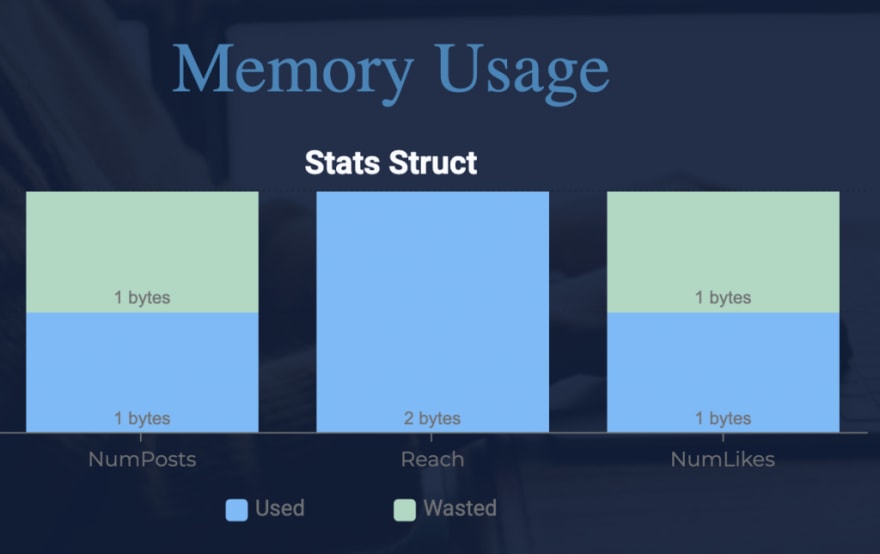 In our updated struct however, we have grouped the smaller fields, and since they add up to the same amount of memory as the larger Reach field we can save some space! 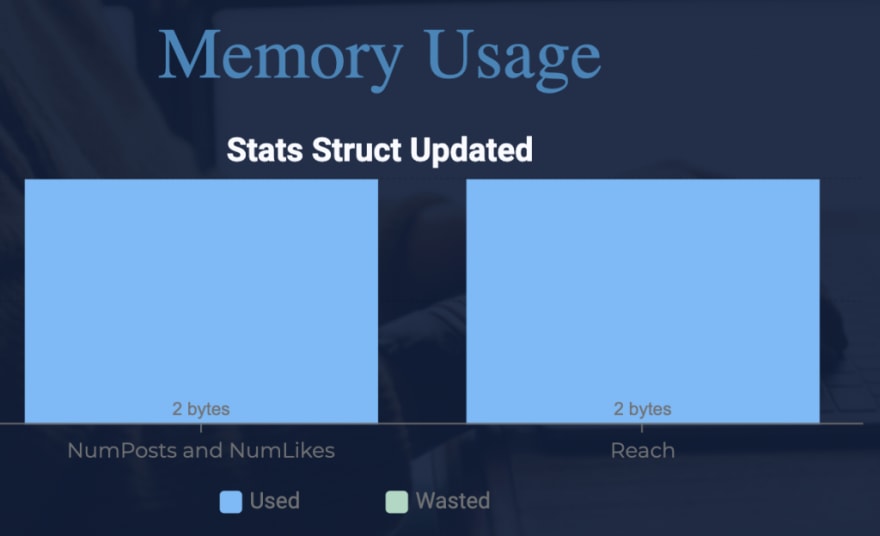 This was is a weird quirk, but making the smal optimizations has made a huge impact on some of our services.

The post Saving a Third of Our Memory by Re-ordering Go Struct Fields appeared first on Qvault.