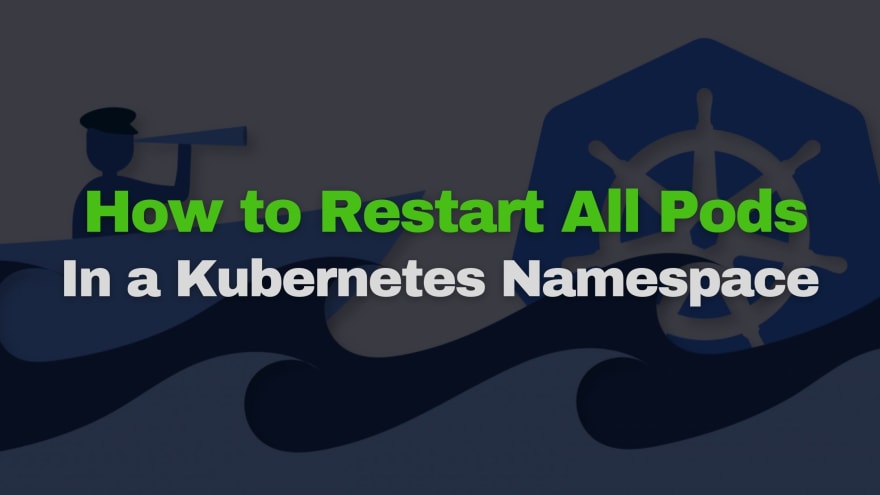 The post How to Restart All Pods in a Kubernetes Namespace first appeared on Qvault.

Where I work we use a repo-per-namespace setup and so it is often the case that I want to restart all the pods and deployments in a single Kubernetes namespace. Maybe I want to see the startup logs, maybe I want to take down production for a few seconds, don’t question my motivations.

Anyhow, what does matter is that bouncing all the deployments one-by-one is really obnoxious and I don’t like typing. In true developer laziness fashion I wrote a little script that will do it for me:

The usage is fairly simple, assuming we named the file kubebounce.sh

I made a little open-source repo with installation instructions if you want to add it to your $PATH. Be sure to star the repo if you find it useful.

Bash isn’t exactly the easiest language to read. Let’s go over each portion of the script.

In bash, $1 refers to the first command-line argument, the namespace in our case. In essence, this line gets all the deployments in the target namespaces and saves them into a deploys variable. We pipe the output of the kubectl get deployments command into a tail -n +2 command, which just strips of the first line of the output. Then we run that output through a cut command which leaves us with a nice list of all the deployment names.

That’s actually the trickier part, next we just loop over all the deployments and restart them one-by-one:

Gluon - A new Electron-like framework but with a new approach