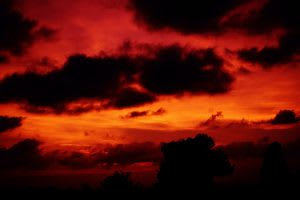 Go is strongly typed, and with that, we get many options for simple variable types like integers and floats. The problem arises when we have a uint16, and the function we are trying to pass it into takes an int. We find code riddled with int(myUint16) that can become slow and annoying to read.

There are 5 different types that can represent an integer, 5 types for an unsigned integer, 2 for a float, and 2 for a complex number. While it’s hard to defend the notion that the compiler itself has default types, the standard library certainly plays favorites.

For example, the cmplx package which does math with complex numbers accepts and returns exclusively complex128.

With floats, the vast majority of the math package has function signatures using float64. In the same package ints are usually just the int type, and unsigned integers are typically uint32.

These are what I’ve come to refer to as the “default native types”:

Why Do We Care About Defaults?

The defaults above were chosen in the standard library (and by the vast majority of Gophers) because they are the common-sense, works-most-of-the-time, big-enough-range values. Exposing a rounding functionfor float32 simply won’t be as useful as float64. It can’t be used by as many values.

If you have a float32 that you want to round, you first need to cast it:

This is not only slow but clunky to read. Type conversions take time. Memory must be allocated. My advice is to use the default type (float64 in the case of floats) in your applications unless you have a compelling reason not to.

When Not To Use Default Types

That’s about it. The only reason to deviate from the defaults is to squeeze out every last bit of performance when you are writing an application that is resource-constrained. (Or, in the special case of uint64, you need an absurd range of unsigned integers).

For example, I probably wouldn’t swap out a single uint32 for uint8, even if I was certain I would only need 8 bytes. However, If I have a slice of uints that can potentially hold thousands of values, I may see a significant memory savings by doing a few type conversions and using uint8.

A good example of this are the packages I maintain, go-tinydate, and go-tinytime. Usually, I encourage users NOT to use them, and to just use the default time.Time. However, in my backend career, there have been applications that went from requiring 16GB of RAM down to <4GB by making the swap.

Make your life and the lives of your coworkers easy. Use the defaults unless you have a very compelling reason not to.