Last month, I collaborated with another web developer/designer to create Astrofy, a simple app that creates a playlist based on your Horoscope. 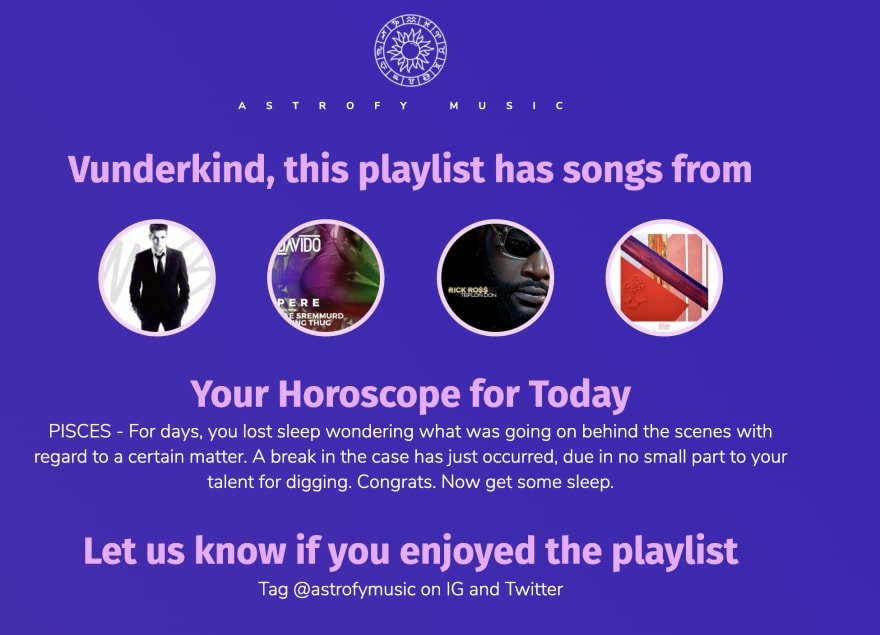 We used the Spotify API for this, and the backend code was written in Node (via Expressjs).

Some modules that made this possible were aztro.js and horoscope.js. I should mention that we used the web-spotify-api npm module, which made it significantly easier to use the Spotify API in the backend.

In the frontend, I used React, with a few basic hooks, namely: useState and useEffect.

Getting started with Puppeteer 🤖