This blog is an attempted explanation to paper Attention is all you need. You can find the paper here

You can find the source code here

RNNs and CNNs have been used dominantly in sequence to sequence tasks, but the use of attention has proved much better results.

Here we will focus on self-attention where we essentially find the co-relation between the embeddings of a sequence.
But, Before moving to the attention part, lets take a look at word-embeddings.

The values in the vector represent concepts, the value at 'index 1' may represent the concept of a fruit and then the values at 35th index may represent something related to electronics or may be a combination of multiple indices represent such concepts.

When RNNs and CNNs were used the neural networks couldn't decide which concepts to focus on. This is where self attention makes the difference and is able to find the corelation between concepts.

Lets look at the architecture of the network. In the paper they train the network for machine translation.
The network is an encoder decoder architecture which uses attention layers or we can say blocks.
We will look into each block one by one. 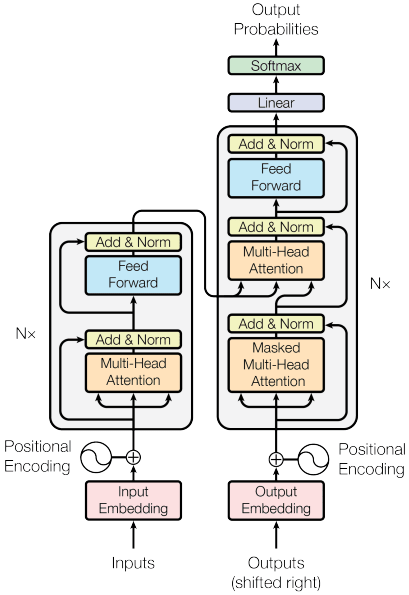 The left and right blocks represent the encoder and decoder respectively.

Let's study at the encoder first. 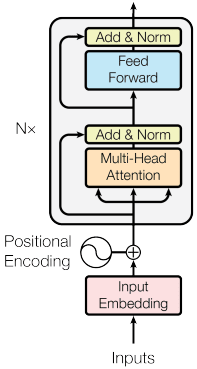 That's essentially the work of the encoder. Now lets look at the attention mechanism. 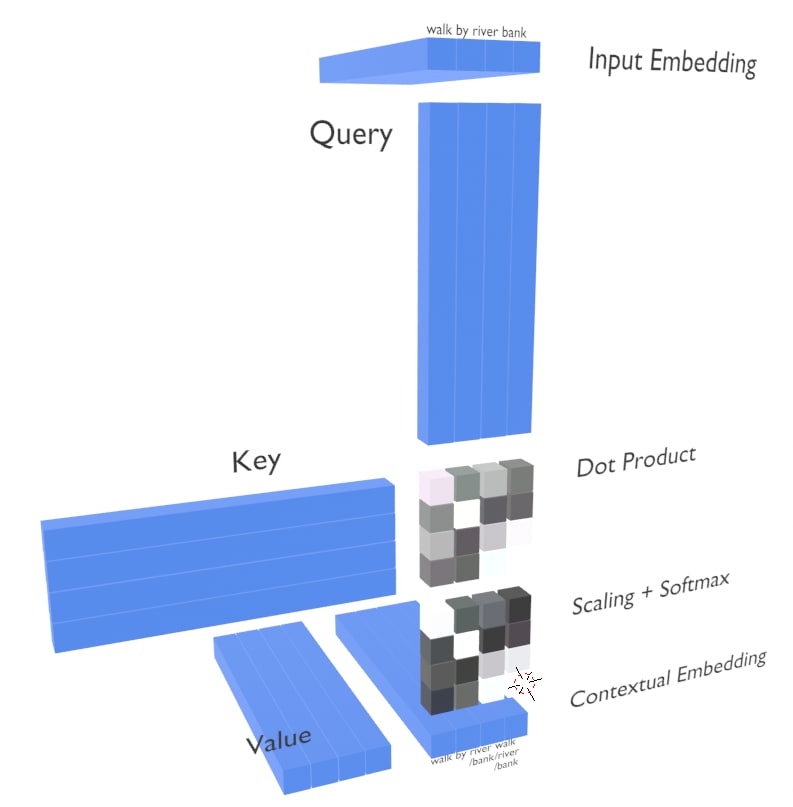 Let's take an example of input sequence - 'walk by river bank'. As discussed earlier the embeddings contain concepts for various meanings. Here the bank embedding is related to river bank. Lets see how self attention identifies the context.

This is called as self attention.

Now lets take a look at multi-head attention layer. This would be more intuitive now. 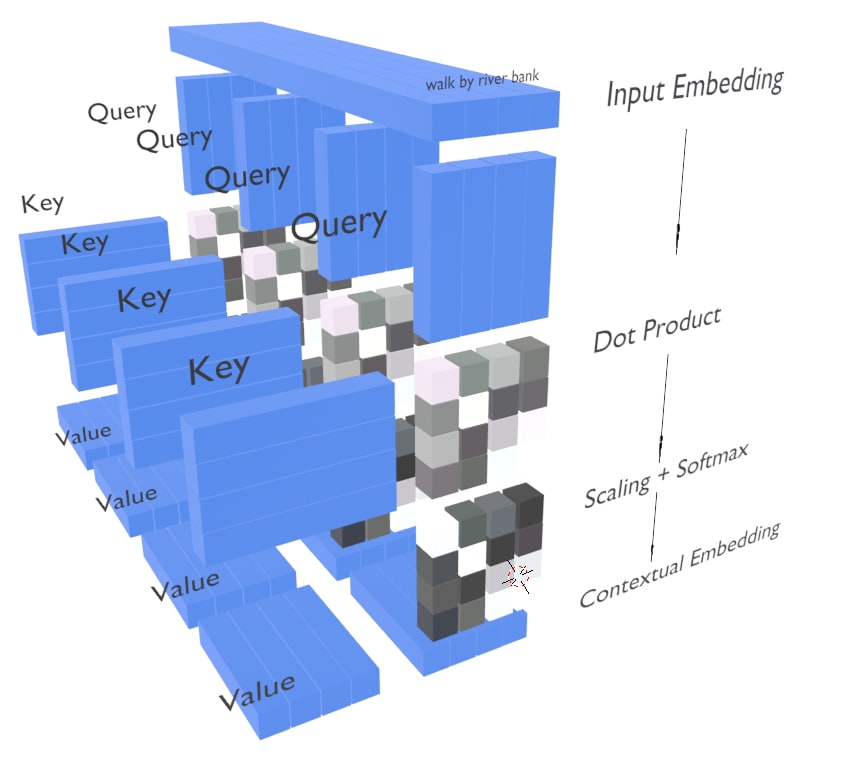 Now you may read again the encoder part to have a better understanding of the entire flow. 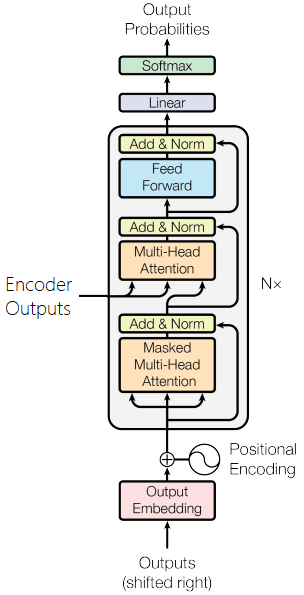 Create a universal chatbot with JavaScript and NewBot Framework

Natural Language Processing... in the Browser???

Once suspended, vpsingh22 will not be able to comment or publish posts until their suspension is removed.

Once unsuspended, vpsingh22 will be able to comment and publish posts again.

Once unpublished, all posts by vpsingh22 will become hidden and only accessible to themselves.

If vpsingh22 is not suspended, they can still re-publish their posts from their dashboard.

Once unpublished, this post will become invisible to the public and only accessible to Vishwajeet Pratap Singh.

Thanks for keeping DEV Community 👩‍💻👨‍💻 safe. Here is what you can do to flag vpsingh22:

Unflagging vpsingh22 will restore default visibility to their posts.