Recently i've read article about Urgent need of Cobol Programmers in the midst of COVID-19. I've surfed the internet to know more about the language. Based on the answer from internet a lot of people said ancient language like COBOL, PASCAL is bad. I decide to found out what's writing COBOL program looks like from developer who usually wrote program using much modern language (Python or Javascript).

COBOL is abbrevation for 'Common Business Oriented Language'. It was introduced since 1959 (61 Years Ago). COBOL was designed by CODASYL. It was created as part of a US Department of Defense effort to create a portable programming language for data processing. In the late 1950s, computer users and manufacturers were becoming concerned about the rising cost of programming. A 1959 survey had found that in any data processing installation, the programming cost US$800,000 on average and that translating programs to run on new hardware would cost $600,000. At a time when new programming languages were proliferating at an ever-increasing rate, the same survey suggested that if a common business-oriented language were used, conversion would be far cheaper and faster.

Where COBOL is used?

Most of the system in US like Financial System, Social Security Administration, Department of Defense, Internal Revenue Service, the Majority of State Financial / Unemployment Systems and Numerous other Critical Systems is developed using COBOL.

To run COBOL on your local machine. You need GNU-COBOL. In this article I'll be showing how to install it on Mac OS. First you need homebrew installed. After that you can just execute

To check whether the installation succeed or not, try run this command.

There's few different text-editor you can use to wrote COBOL Program like, HackEdit, OpenCobolIDE, etc. For the sake of simplicity, i'll just use Visual Studio Code.

Writing your first program in COBOL

Let's write some code below.

and to run it

Yes, this is your Hello World program using COBOL :).

Let's discuss about what's happening on our program. First take a look at this image. 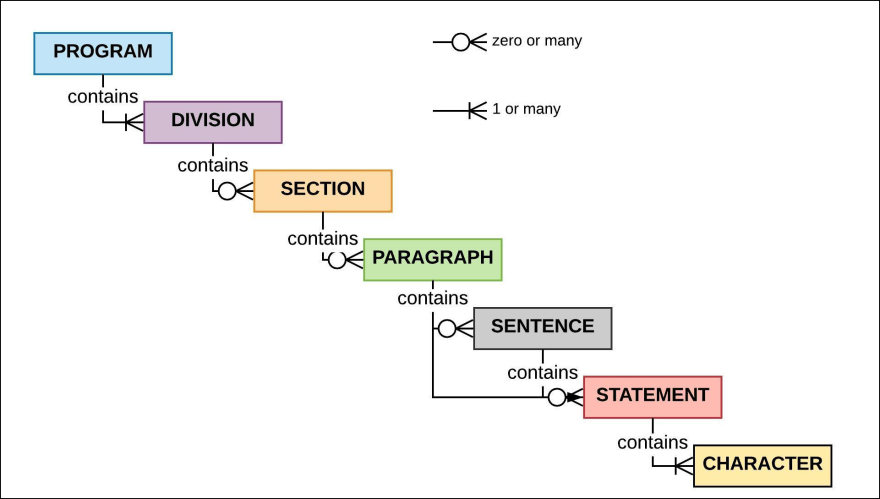 A brief introduction of these image is given below −

I've only tried wrote simple program in COBOL and saw other people code on internet. But here's few things i found compare to language that i used nowadays.

#JulyOT 26: Let's get personal: Computing - Retro computing with Dave Glover and the Altair 8800

JSX for beginners (and how it differs from HTML)

Once suspended, vousmeevoyez will not be able to comment or publish posts until their suspension is removed.

Once unsuspended, vousmeevoyez will be able to comment and publish posts again.

Once unpublished, all posts by vousmeevoyez will become hidden and only accessible to themselves.

If vousmeevoyez is not suspended, they can still re-publish their posts from their dashboard.

Once unpublished, this post will become invisible to the public and only accessible to Kelvin.

Thanks for keeping DEV Community 👩‍💻👨‍💻 safe. Here is what you can do to flag vousmeevoyez:

Unflagging vousmeevoyez will restore default visibility to their posts.