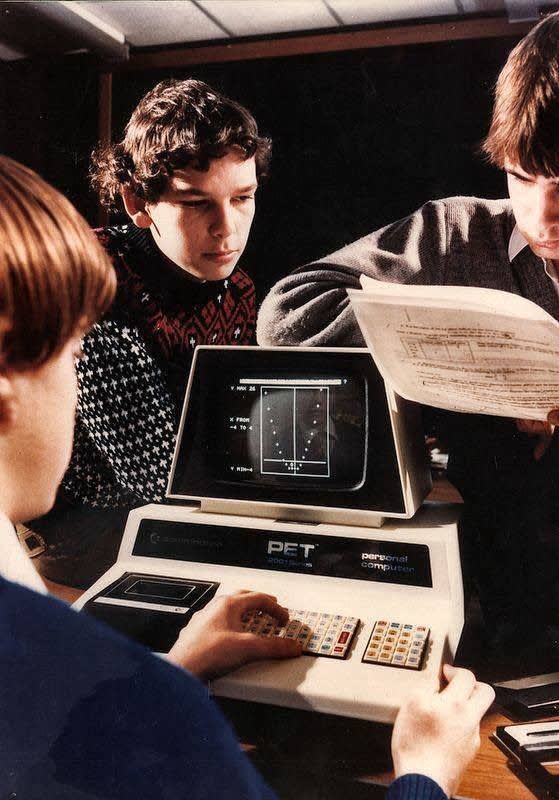 Windows Forms is not dead — it’s now more alive than it has been for years now that Microsoft announced they will support it in .NET Core 3.0, and that you will be able toembed “modern” UWP controls in Forms apps.

Besides not being dead, it has other things going for it:

The problem with GUI programming with F# is that UI design tools are written for C# and VB programmers. The recommended approach has usually been to:

The obvious problem with this is that you don’t really want to use C# more than necessary, and want to keep language context switching to the minimum — not to mention that you are limited to constructs that are well supported on C# side on the boundary.

Another approach, probably only appropriate for seasoned Forms developers, is to write everything in F# without using the Designer. This is outlined at least in the (excellent) “Expert F#” book, if you are curious how to do it.

The alternative approach I’m proposing here is to also write all the GUI logic in F#, only dropping to the C# side when you want to move things around in the Forms Designer. Your main entry point is the F# application, which then instantiates the main form (and subsequent forms). The forms register all their UI components with a “behind” class, which then binds the event handlers and implements all that hairy GUI logic in a language that is more aesthetically pleasing (that’s F#, if you are new here).

I’ll take a shortcut and use a Scaffer template to create the app skeleton: 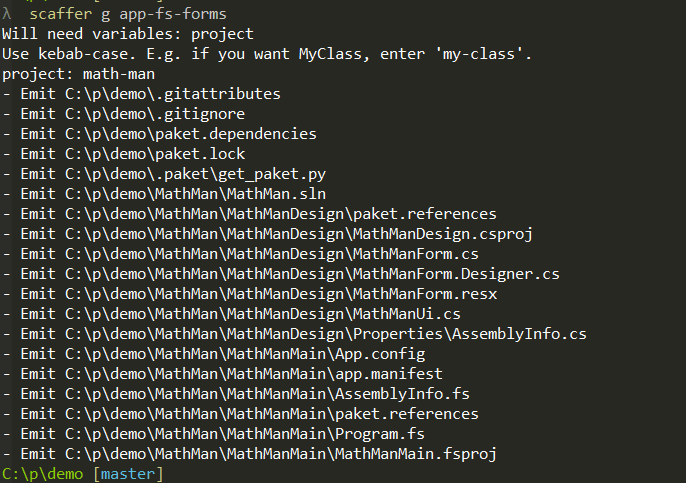 Yikes! That was a lot of stuff. Fear, not, you only ever need to care about few of them. If you click through the files, you’ll notice that:

When you build and launch the application, you’ll see the minimal default functionality in action:

(to verify the behavior, I recommend clicking the button a few times and observing how the number after “Lorem ipsum“ in the label increments on each click).

It looks like this in the designer (double-click on MathManForm.cs to see the Design view):

And press f7 to get to the code:

After editing the form in the designer, you’ll add the new controls that it created in the MathManUi class. This is the only C# code you’ll need to keep up to date (of course it needs to be added for every Form you create). You can copy-paste the control declaration from MathManForm.Designer.cs.

Update: you can replace this boilerplate by CreateComponentBehind, if you want to expose the whole MathManForm instead of of MathManUi. In that case you need to make the controls public:

Now, let’s take a peek at the F# code running it all:

The first lines of main are standard Windows Forms bootstrap code. Then we instantiate the Form and start the application. The instantiation of the form instantiates the “behind” we registered in registerBehinds() function.

Doing it from scratch

Warning: stop reading if you are already bored.

I “cheated” a bit by using a template — because some boring work went into getting it working. For the posterity, here’s what was needed to get that F# application off the ground:

The skeleton code is at https://github.com/vivainio/FSharpFormsSkeleton — I’ll probably keep it up to date and modify the template if/when needs arise. If you are using that instead of Scaffer, you need to do some IDE legwork to rename those classes.

Backing up files with F# Scripts and MongoDB GridFS

Looking at the giraffe

Once suspended, vivainio will not be able to comment or publish posts until their suspension is removed.

Once unsuspended, vivainio will be able to comment and publish posts again.

Once unpublished, all posts by vivainio will become hidden and only accessible to themselves.

If vivainio is not suspended, they can still re-publish their posts from their dashboard.

Once unpublished, this post will become invisible to the public and only accessible to Ville M. Vainio.

Thanks for keeping DEV Community 👩‍💻👨‍💻 safe. Here is what you can do to flag vivainio:

Unflagging vivainio will restore default visibility to their posts.