The first question that arises on your mind after seeing this title is “Why I want to block Facebook? What is the need for this?”. The answer to your question is maybe you have kids in your home or they may be lying to you by saying they are attending online classes but actually they are wasting their precious time on Social Networks. It is more common nowadays since this Pandemic happened.

Ok. Let's come to the point.

Here we are going to see how to block Facebook but ensure access to Google in the same system. Maybe you had seen this set up in your college systems where we are not allowed to use some kind of the websites.

Note: Here I am using Redhat Enterprise Linux (RHEL8) which is hosting by Oracle VirtualBox.

But before starting this practical, you should know some basic Linux Networking concepts and terminologies.

In simple words, it is like your mobile number which is used for identified you uniquely. Every computer has their unique IP address. IP stands for “Internet Protocol”, which is the set of rules governing the format of data sent via the internet or local network.

IP addresses are not random. They are mathematically produced and allocated by the Internet Assigned Numbers Authority (IANA), a division of the Internet Corporation for Assigned Names and Numbers (ICANN). ICANN is a non-profit organization that was established in the United States in 1998 to help maintain the security of the internet and allow it to be usable by all.

Each time anyone registers a domain on the internet, they go through a domain name registrar, who pays a small fee to ICANN to register the domain.

An IP address is of two types based on the number of octets namely IPv4 and IPv6. 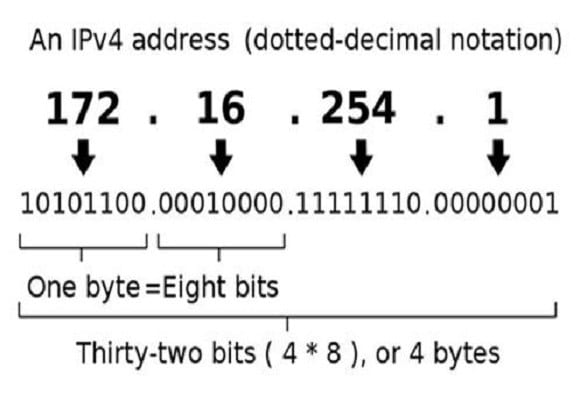 That means it can provide support for 2³² IP addresses in total around 4.29 billion. That may seem like a lot, but all 4.29 billion IP addresses have now been assigned, leading to the address shortage issues we face today.

We can find your system IP address in RHEL8 by using the following command.

Netmask plays a major role in finding the range of IPs in which they can ping each other. It has two parts namely Network ID and Host ID.

Classless Inter-Domain Routing, or CIDR, was developed as an alternative to traditional subnetting. The idea is that you can add a specification in the IP address itself as to the number of significant bits that make up the routing or networking portion. 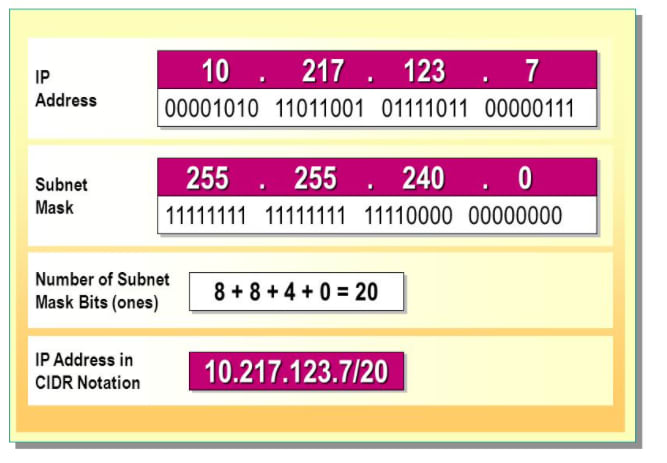 In simple words, CIDR is the count of the total number of Ones in Netmask.

A gateway is a router that provides access for IP packets into and/or out of the local network. The term “default gateway” is used to mean the router on your LAN which has the responsibility of being the first point of contact for traffic to computers outside the LAN.

The default gateway IP of your system can be found by using the following command on RHEL8.

Here, in the routing table, the Gateway IP is 192.168.43.146. The Destination IP mentioned 0.0.0.0 indicates that we can go anywhere on the Internet and accessing any websites without any restriction.

The above concepts so far I explained are enough to understand this practical. Here comes the practical part.

The first step is to delete one of the route rule in the routing table. We have to delete the rule which permits the user to access any kind of website. It is done by running the following command.

After this, if you want to ping google or Facebook, it won't possible

For now, even if you are having an internet connection, you feel like you are offline because your system doesn't know the gateway address, so impossible to go out.

For this, you have to add one rule to your IP table for granting access to Google only. It is done by the below command.

You can find Google IP for your PC by running the below command.

After running these commands, you can notice that your Facebook IP is not pinging and at the same time your Google IP is pinging and you have good connectivity with Google.

Thank you all for your reads. Stay tuned!! for my more upcoming interesting articles!!

Sri Vishnuvardhan A
A Tech Enthusiast who loves to learn & integrate multiple technologies and keen to find the innovative solution of it to solve the existing challenges!!
Network Topology Setup in such a way that System A can ping to two Systems B & C but both systems not able to ping each other
#networking #netmask #route #linux

Once suspended, vishnuswmech will not be able to comment or publish posts until their suspension is removed.

Once unsuspended, vishnuswmech will be able to comment and publish posts again.

Once unpublished, all posts by vishnuswmech will become hidden and only accessible to themselves.

If vishnuswmech is not suspended, they can still re-publish their posts from their dashboard.

Once unpublished, this post will become invisible to the public and only accessible to Sri Vishnuvardhan A.

Thanks for keeping DEV Community 👩‍💻👨‍💻 safe. Here is what you can do to flag vishnuswmech:

Unflagging vishnuswmech will restore default visibility to their posts.