NoSQL is a collection of data items represented in a key-value store, document store, wide column store, or a graph database. Data is denormalized, and joins are generally done in the application code. Most NoSQL stores lack true ACID transactions and favour eventual consistency which I explained in my previous blog.

BASE is often used to describe the properties of NoSQL databases. In comparison with the CAP Theorem, BASE chooses availability over consistency.

In addition to choosing between SQL or NoSQL, it is helpful to understand which type of NoSQL database best fits your use case.

A key-value store generally allows for O(1) to read and writes and is often backed by memory or SSD. Datastores can maintain keys in lexicographic order, allowing efficient retrieval of key ranges. Key-value stores can allow for storing metadata with a value.

Key-value stores provide high performance and are often used for simple data models or for rapidly-changing data, such as an in-memory cache layer. Since they offer only a limited set of operations, complexity is shifted to the application layer if additional operations are needed.

A key-value store is a basis for more complex systems such as a document store, and in some cases, a graph database.

A document store is centred around documents (XML, JSON, binary, etc), where a document stores all information for a given object. Document stores provide APIs or a query language to query based on the internal structure of the document itself.

Note, many key-value stores include features for working with a value's metadata, blurring the lines between these two storage types.

Based on the underlying implementation, documents are organized by collections, tags, metadata, or directories. Although documents can be organized or grouped together, documents may have fields that are completely different from each other.

Some document stores like MongoDB and CouchDB also provide a SQL-like language to perform complex queries. DynamoDB supports both key-values and documents.

A wide column store's basic unit of data is a column (name/value pair). A column can be grouped in column families (analogous to a SQL table). Super column families further group column families. You can access each column independently with a row key, and columns with the same row key form a row. Each value contains a timestamp for versioning and for conflict resolution.

Google introduced Bigtable as the first wide column store, which influenced the open-source HBase often-used in the Hadoop ecosystem, and Cassandra from Facebook. Stores such as BigTable, HBase, and Cassandra maintain keys in lexicographic order, allowing efficient retrieval of selective key ranges. 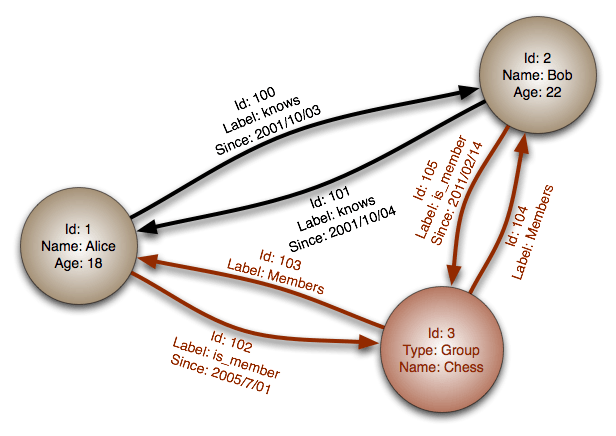 Graphs databases offer high performance for data models with complex relationships, such as a social network. They are relatively new and are not yet widely used, it might be more difficult to find development tools and resources. Many graphs can only be accessed with REST APIs.

Thank you for reading

If you like what you read and want to see more, please support me with coffee or a book ;)

6 months of blogging the onion

Is HTML A Programming Language? — A Definitive Answer