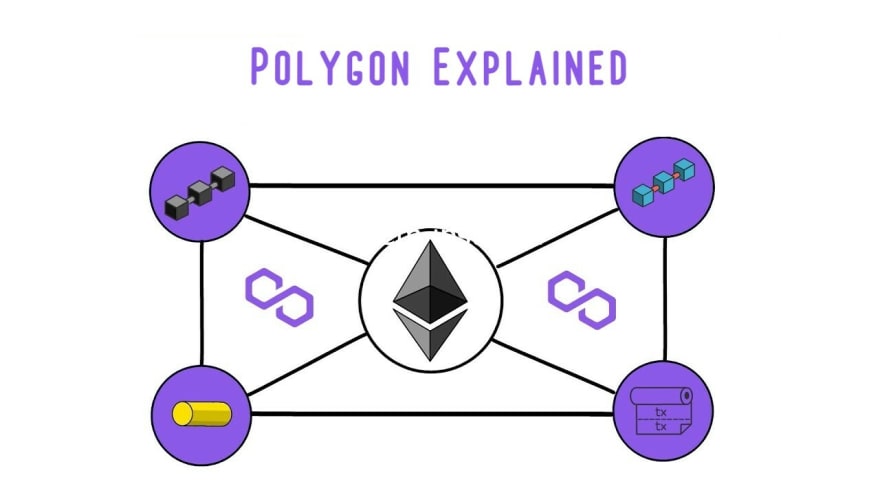 We will learn what Polygon (aka Matic) is, what it does, how it does it, and what makes it a better alternative to Etherium. In short, I will try to explain the Polygon blockchain without any jargon in the most straightforward manner possible.

Before understanding Polygon, it's essential to understand Ethereum and the problems we are facing with Ethereum.

An intro to Ethereum

In simplest terms, Ethereum is a system that enforces property rights. Ethereum introduced an axiom - Code is Law. This idea is to create a law that can be translated into a simple mathematical equation - If X, then Y. For example - If you break traffic rules, you pay Y amount of fine. If you give X amount of collateral, you can borrow Y amount of money. These examples are real-world scenarios, and Ethereum provides us a way to enforce these rules on the internet with a feature called Smart Contracts. Smart contracts essentially are Ethereums way of implementing If X, then Y law. These contracts are a piece of code that will automatically execute when a specific condition meets.

Ethereum was founded in 2013, and since then, it has attracted an enormous number of developers and investors. As we all know, with great attention comes significant responsibilities. As of writing this, 361 Billion dollars are locked in Ethereum, and around 1.2 Million transactions are happing in 1 day. Because of this much amount of traffic, the Ethereum network is getting congested. As more and more people onboard Ethereum and start using it, the Ethereum network gets slow, due to which the cost of using the network is increasing. Due to congestion on the network, the cost of a single transaction on Ethereum was around $100 in early 2021. Ethereum can solve these issues but at the expense of security.

Polygon is trying to solve all these problems and retaining the high security of Ethereum.

Polygon is a solution to all Ethereum problems. Polygon blockchain is connected to Ethereum blockchain and is taking heavy work off Ethereum. Think of Ethereum as National Highway and Polygon as service roads or connecting roads that lead to different cities and states. Many people live in cities, and they cause a lot of traffic on the road; city roads can handle this traffic, and once the traffic gets cleared, people can quickly join the main Highway using connecting roads.

Assume Ethereum is a metropolitan city, like New York, and Polygon is the suburbs of New York City. Suburbs has their own things going on. They have their restaurants, buildings, markets, malls, and police, and people can constantly communicate with the city. Certainly, suburbs are not as secure as cities, but it's easy to communicate within suburbs, and suburbs are comparatively cheaper than cities. Suburbs have their government authorities and their security forces moreover can interact with the city for more security.

Similarly, Polygon has its own token, its own smart contracts, its own governance, and its own security and can communicate with Ethereum and rely on its security as well.

Since Polygon is running parallelly with Ethereum, its also referred to as a side chain. Considering that Polygon is connected with Ethereum, all the transactions on Polygon will eventually be written on to Etherum. With Polygon, developers can create decentralized applications without worrying about transaction fees.

All in all, Polygon did resolve most of the issues that Ethereum currently has. Considering that only 65% of the earth's population has access to the internet and Web3 is still adopting, Polygon has a lot of room to grow in the future.

Developing for Polygon and Sidechains

Don't Miss The Opportunity that Web 3.0 Gives You