Part 2: Run a NodeJS application on an EC2 instance

In the previous part of this blog, we have learnt to create and SSH to an EC2 instance. In this part, we will setup and run a NodeJS server on it 😎

Let's split the work into 3 smaller tasks. First of all, we need to configure our instance to accept traffics coming to Node server's port. Next, after installing nvm and node, we will clone the source code and get the server running.

Let's add another security group for this purpose. This is pretending that our Node server will run on port 3000.

Install nvm and node to the instance

First, we need to SSH to the instance:

If the instance asks you to run any updates, go ahead and do so:

Next, we need to install nvm in our instance:

Let's verify if nvm has been successfully installed:

We could then install node:

Let's make a Node Express app and push it to GitHub so that we could clone the source code to our instance. I have made a dead simple one that you might use as a reference: vinhlee95/express-ec2. Keep in mind that you will have to create your own repository to add SSH key generated in EC2 instance to your settings.

We could do that by this command:

After following the instructions (remember to note down the passphrase), you should have a SSH key in place. Let's get it and add to GitHub settings:

Your newly generated SSH key will be shown in the Terminal. Copy it and and it in your GitHub SSH settings (Settings -> SSH and GPG keys -> New SSH key).

After having the SSH key saved, you should be able to clone your application's source code to EC2 instance:

After it is done, you should see application's code under your current directory:

Let's first install all of dependencies:

We will use pm2 - a Node process manager to start our server. Let's install it:

Our server should be running now 🥂 Let's show server's logs in the terminal:

Cheers! Things are working now. Let's test it by open the instance's public DNS in the browser! You could get the URL in Description section in the bottom of AWS EC2's console. Remember that we need to specify our server's running port in the URL as well. 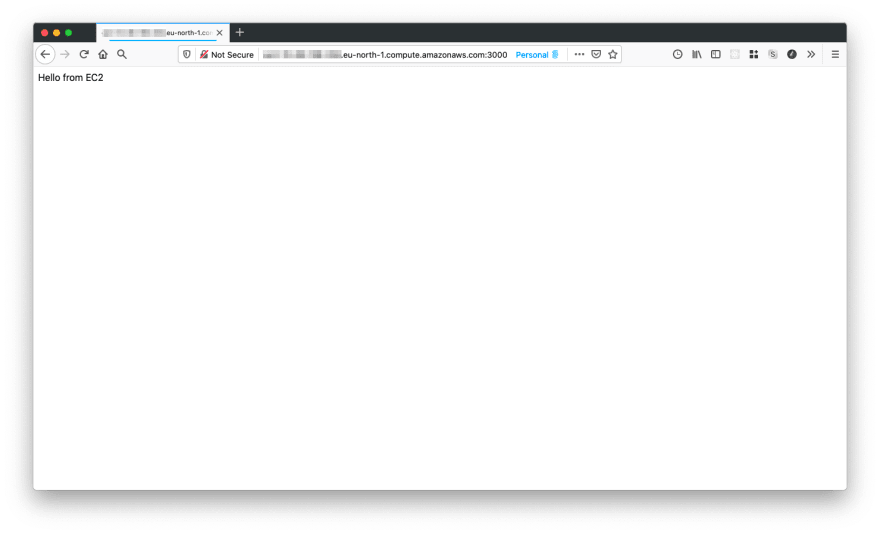 Congrats! Your instance is running a Node.js server now 😎

Let's sum up what we have done to make it happen:

Building a Database Written in Node.js from the Ground Up

Get started with full-stack development - Svelte and Express