This is the question I used to ask when I was starting to learn programming.
And I think not only me but everyone has this question at some point.

It’s because we want to secure our job, which means we want to get a job as soon as we learn a specific programming language.

And it’s normal as a human being that nobody wants to spend time for nothing.

So, if you want to learn programming language and get the job as soon as possible then look for the requirements or vacancies available near your location or where you want to work.

And based on that you can choose any programming language and hone your skill.

In a country like ours (Nepal) PHP programmers are highly required because most of the projects (websites) here are built with Wordpress or PHP frameworks like Laravel and CodeIgniter.

And why are they popular?

Because the development cost is cheaper, you can develop and host the sites at low cost.

So my first suggestion is look for the vacancies available in your area and then you can choose a programming language.

Every programming language has its strengths and weakness

So if you’re learning programming then don’t deviate from it, just keep learning and excel at it.

TBH, none of the programming languages is the best or worst.

So you can learn any programming language. If you become good at a language then it won't be that hard to learn another language (if you want to shift).

Logic is the same in every programming language, the only difference is syntax.

For me, it was Hit-and-Trial.

I started with C, then learned C++, C#, Java (Android), Asp.net, PHP, etc. in college. And among them I found PHP the easier language (It might be different for you).

What do you think 🤔 ?
Let me know in the comment below 💬 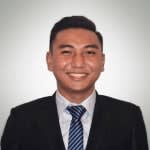