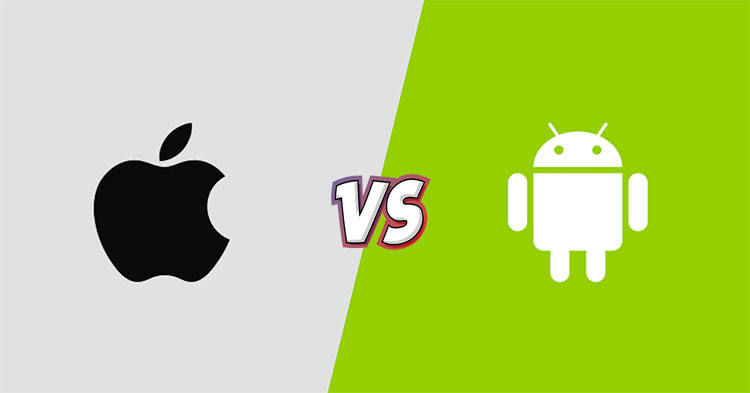 So you want to become a mobile developer but unable to decide whether to choose Android or iOS? The truth is you are not the only one who has this dilemma. Many aspiring mobile developers have this problem. Even some experienced developers are also not an exception to this. The same is the case with some established freelancers too.

It is very important to note that selecting either Android or iOS depends on many factors. To begin with, primarily, it depends on your objective of why you want to become a mobile developer. It also depends on your current career level. The major important factors, which you need to consider are - your programming experience, the length of the learning curve, cost of learning, tools to use, ease of development, the operating system you have currently, the geographies you target, and the availability of documentation or training material, etc.

This article attempts to provide answers to all the above-mentioned factors. You will also get help on whether you can develop applications for both Android and iOS using any cross-platform solution.

The next question, which anybody wants to know before trying to learn a new technology or a course is – how long it takes to complete? The answer to this depends on the difficulty level of the chosen course and also the time you can spend to learn it. As mentioned earlier, when compared to Android, it’s a bit easier to learn iOS. So obviously the learning curve is less in iOS.

When it comes to the cost of learning, it is more in the case of iOS compared to Android. The reason is - you need to subscribe to Apple to publish your apps to the App Store. The cost of an individual developer program in iOS is 100 USD. However, Google Play store requires you to pay a onetime fee of just 25USD as registration fee. Once paid, you can publish as many apps as you wish.

For iOS development, you can use the Xcode IDE, which is pretty easier to use. Using Xcode, you can develop applications for all Apple products including iPhone, iPad, Mac OSX, and iWatch. Xcode IDE consists of rich features such as UI design interface, code completion, managing directories’ hierarchy, profiling, debugging, core data, and assets management among others.

You can develop Android applications using the Android Studio, which also has rich features. However, on the ease of use scale, Android scores less compared to Xcode IDE.

One more important thing, which you need to know is - during developing an iOS-based app, you can design the screens using the drag and drop interface. You don’t need to write any code for this purpose. However, Android doesn’t have this ease of use and unless you have a stronghold in XML, you can’t develop screens with optimal design.

The decision, which course to learn also depends on the device you have
or use. If you own an iOS phone, it will be advantageous for you to learn iOS, because you can use your own phone only for testing purpose. Suppose, you own an Android phone but you want to learn iOS, then it would be a costly affair. The reason being you need to shell out a good amount of money to buy an iPhone for testing purpose. On the other hand, Android phones are much cheaper compared to the iPhone.

For a learner, learning would become easier if enough authentic documentation or training material is available. Both Android and iOS provide the learners with excellent documentation.

Another important factor, which you need consider is geographies. If you are targeting any specific country such as the USA, UK, or any other developed country for app development, then it is better to learn iOS. This is because - in the USA, UK, Japan, China, New Zealand or any other developed country, the usage of iOS is much more than that of Android. Android has a great presence in emerging countries. However, on the whole, Android has great penetration across the world.

So far, we have seen the differences between iOS and Android. Suppose, you don’t want to learn both Android and iOS but want to know if there is any cross-platform solution using which you can develop apps for both iOS and Android platforms. Yes. It is possible with tools such as React Native, Flutter, or Xamarin.

Here is a description of these.

Flutter is one of the best frameworks for cross-platform development. The major advantage of Flutter is - it is open-source mobile application development framework created developed by Google.

Xamarin is another popular tool used as a cross-platform solution. Using Xamarin, you can develop not only Android and iOS apps but UWP, WPF, macOS also.

When it comes to choosing between Android and iOS for learning the purpose, it is not easier to make a decision instantly because both are equally popular technologies. What is wise is - you need to meticulously delve on multiple factors before jumping into a decision. Thorough pondering on the above-mentioned factors will prevent you from repent later in your life. You can join the best mobile app development company to learn more and more about it and can share your knowledge with anyone.

Android and Figma Typography and how to achieve 100% fidelity

Vijay Singh Khatri
I am working with Hackr.io as a Community Manager. Learning New things is My Passion. I Love tech writing. I also love to motivate others.
What's the difference between Front-end and Back-end development?
#anonymous #discuss #help
Why is Rust the most loved programming language in the world?
#rust #programming #beginners #discuss
Side Project Sunday! How's it going?
#showdev #sideprojects #discuss #watercooler

Once suspended, vijaykhatri96 will not be able to comment or publish posts until their suspension is removed.

Once unsuspended, vijaykhatri96 will be able to comment and publish posts again.

Once unpublished, all posts by vijaykhatri96 will become hidden and only accessible to themselves.

If vijaykhatri96 is not suspended, they can still re-publish their posts from their dashboard.

Once unpublished, this post will become invisible to the public and only accessible to Vijay Singh Khatri.

Thanks for keeping DEV Community safe. Here is what you can do to flag vijaykhatri96:

Unflagging vijaykhatri96 will restore default visibility to their posts.