Originally posted in my personal blog

A new contender is threatening Node.js monopoly as a JavaScript runtime, and its name is (drumrolls) Deno. 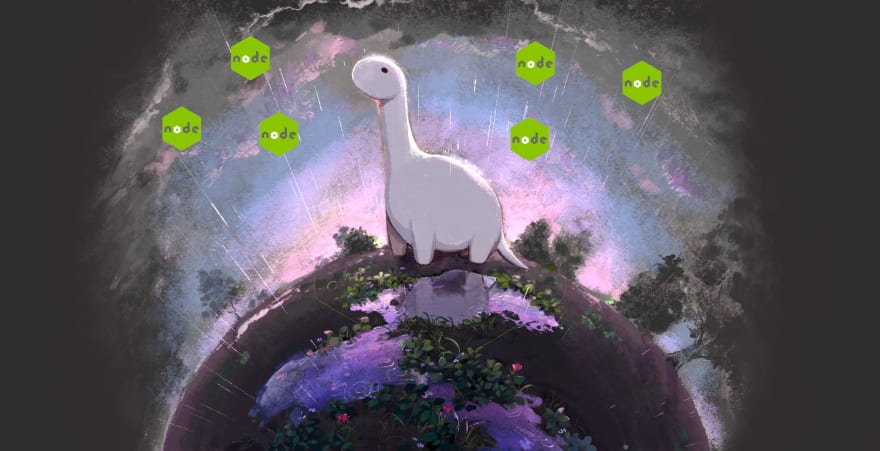 This article will give you a basic understanding of what Deno is, the value this technology adds, and where it lacks at the moment. Also, I'll share some thoughts about adopting it.

In a nutshell, what is Deno?

Deno is a new (version 1.0 just came out) JavaScript runtime, created by the Node.js creator and designed to overcome several design flaws from Node.js and add improvements on top of that. A runtime is a "box" where code can run, and it's a vital part of a system because it imposes certain restrictions around applications built inside of it and dictates a tremendous amount of the development experience and tradeoffs involved in creating the system.

Before checking Deno's benefits, we need to understand which problems it aims to address.

On this great talk, Ryan Dahl, the creator of Node.js, talks about some of the regrets in the development of Node.js

After reading this, you might be wondering: "Why not just fix these issues in Node?". Deno's blog answers this question: "Due to the large number of users that Node has, it is difficult and slow to evolve the system."

Another great benefit of using Deno is the complexity around developing JavaScript applications with Node. There is just massive tooling involved, which creates confusion amongst new developers and headaches to more experienced ones for having to keep up with new versions of each package.

Some of Deno's most important benefits compared to Node are:

All these benefits translate to mainly two things. First, you significantly improve developer experience, thus leading to potentially shorter development cycles, and second, you reduce the risk of downtime and data loss due to vulnerabilities from unsecured scripts.

How does a script built for Deno look like

To exemplify Deno's benefits, here's a sample index.ts file that you can run out of the box with Deno.

How to run the script

Despite all the significant merits, Deno has some shortcomings that prevent it from being on the same level as Node today. Here they are:

Conclusion, should you adopt it now?

In my opinion, if you're talking about using Deno for production apps, then you should NOT (for now). The technology is still in its early stages, which means the ecosystem isn't mature enough to support the thousands of use cases companies have for Node and also the common problems that will arise with Deno that don't have an answer in the JavaScript community. Finally, working with unstable APIs is a dangerous game. You can end up needing to create a pull request to Deno itself to support a critical application.

On the other hand, if you're talking about side projects, then definitely give it a go. The technology does provide great benefits as it is and should allow you to bootstrap a new project in no time. Also, the community is thriving, so the more you use it, the more you can contribute to its growth.

Just take in mind all the limitations I mentioned and enjoy building JavaScript apps with no node_modules folder. 🎉

Guide to Layouts and Page Specific Layouts in NextJS

Once suspended, victorandcode will not be able to comment or publish posts until their suspension is removed.

Once unsuspended, victorandcode will be able to comment and publish posts again.

Once unpublished, all posts by victorandcode will become hidden and only accessible to themselves.

If victorandcode is not suspended, they can still re-publish their posts from their dashboard.

Once unpublished, this post will become invisible to the public and only accessible to Victor Cordova.

Thanks for keeping DEV Community 👩‍💻👨‍💻 safe. Here is what you can do to flag victorandcode:

Unflagging victorandcode will restore default visibility to their posts.