In his article Naser Tamimi compares C++ and Python and this is what he observed:

All Languages have the same goal 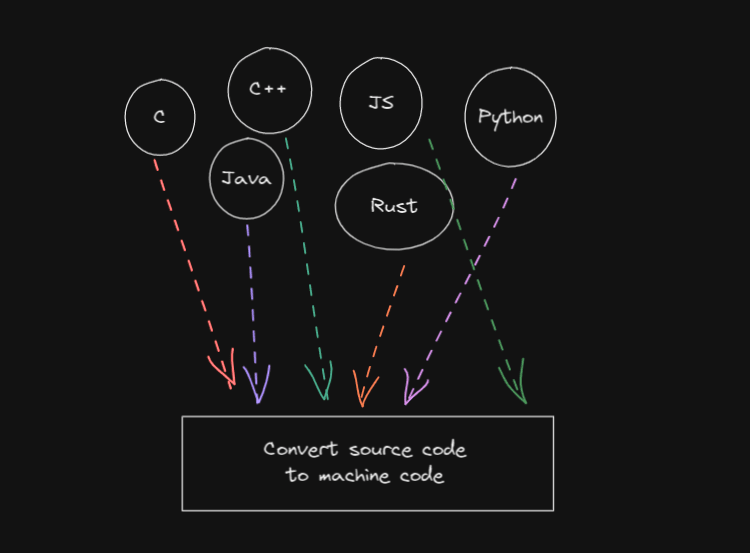 As a result, it all comes down to how the code is converted into machine code.

To understand this, we must first understand the differences between statically and dynamically typed programming languages.

Those where the interpreter assigns variables a type at runtime based on the variable's value at the time. Eg: JavaScript, Python

There is no compilation phase in JavaScript. Instead, a browser interpreter examines the JavaScript code, understands each line, and then executes it.
If the type checker identifies an issue at this point, the developer will be notified and given the option to fix the code before the program crashes.

Related:
Difference between Compiler and Interpreter

How does this matter?

Look at this python example:

What is the value of n? Is it a numerical value? Is it string? Is it a class you created previously?

The interpreter has no way of knowing what kind of data it will get. At run-time, you have to do a lot more checking, which implies you're doing more implicit work for basic actions.
All of these lookups are extremely difficult to complete quickly.

As a result, the time it takes to generate machine code increases, making these languages appear slower.

On the other hand the Statically Typed languages like C++ or Java results in compiled code that executes more quickly because when the compiler knows the specific data types that are in use, it can produce optimized machine code (i.e. faster and/or using less memory).

Which language should I choose?

So it all depends on the task that we want to achieve.

Let me know in the comments below which language you prefer and why.

vibalijoshi
I am a learner, and I would go any lengths to acquire a new skill
The Ultimate Resource Guide for Your Next 100 Days of Code
#100daysofcode #programming #beginners #productivity
How to Automate WhatsApp Messages
#python #beginners #tutorial #programming
How you can use WebSockets with Flutter
#flutter #tutorial #mobile #android