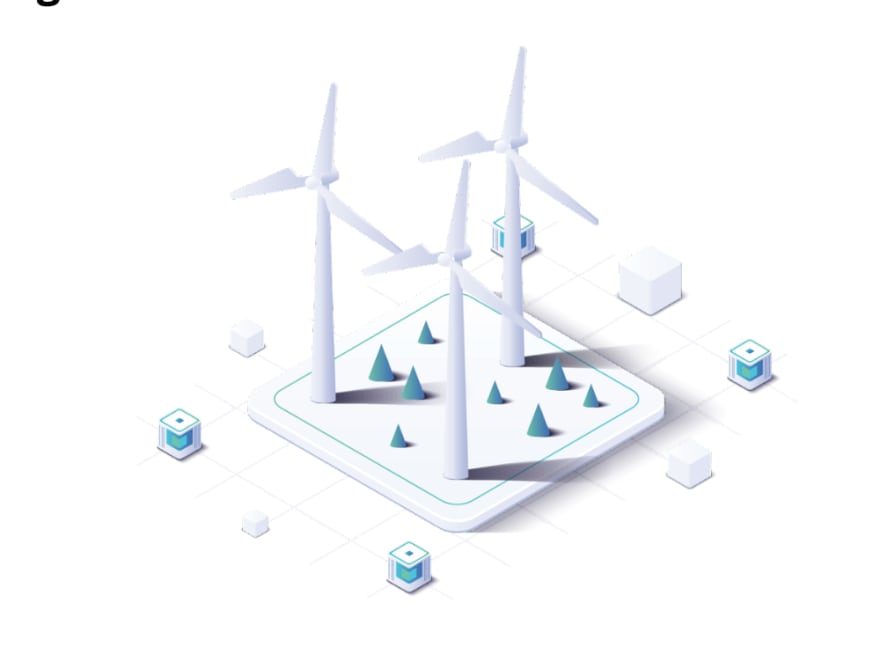 The Table Stakes and Background

Carbon emissions, as a key driver of environmental change, are coming increasingly under scrutiny by government regulators and in the court of investor opinion. Recent moves by the Biden administration to limit greenhouse gasses and by the SEC to force all public companies to disclose even low levels of carbon footprint impact have garnered significant media attention – reporting and compliance trends that are only likely to accelerate over time as the effects of climate change become more visible and pronounced.

The two most popular public blockchains, Bitcoin and Ethereum, employ a Proof-of-Work algorithm that consumes vast amounts of processing power, with Bitcoin alone using around 136 Terawatt-hours of electricity per year, more than the Netherlands or Argentina. Not only are these public chains massively inefficient on a per-transaction basis, but their power-hungry algorithms have inevitably led to block construction – known as mining – migrating to countries where environment laws are weaker and electrical power is produced from dirty sources, such as coal. This environmentally destructive footprint is inconsistent with the environmental stance of most US public companies, the US government’s focus on carbon footprint reduction, and in the court of public opinion.

Signs of climate change routinely make headlines … media attention that is increasingly shared with government and private industry attempts to control greenhouse gas emissions. Steps by the current US administration to reduce carbon footprints and their resulting environmental damage include a variety of programs targeting supply chains, power production, and – most recently – SEC reporting requirements for public companies. While lowering greenhouse emissions and improving IT efficiency has been on the minds of CIOs for some time, this increased transparency and accountability is just the beginning of a push for compliance that will eventually rival SOC and PCI in its impact on R&D, business operations, and investor reporting. Companies, especially larger enterprises, need to begin planning now for the inevitable impact of exposing their IT portfolio choices to the broader public.

Ethereum, originally touted as the “world computer”, shares with Bitcoin an environmentally destructive Proof-of-Work algorithm that is actually designed to consume vast amounts of computing power as a mechanism to disincent fraud. Regardless of the technical advantages or disadvantages of this particular approach, it has led in practice to block mining shifting to countries with the lowest cost of electricity … inevitably based on dirty production methods including coal mining that exacerbate pollution and carbon footprint. Bitcoin, e.g., already consumes more electricity per year than some entire countries – expanding the use of Ethereum by 10-20 orders of magnitude, as would be required to give it the processing capability of conventional IT operational systems – would have untold impact on the environment using the existing approach. While the Ethereum community has long discussed moving to more efficient mechanisms, progress has been slow and lacking in real-world impact for the last several years.

Private and permissioned chains, a category dominated by Hyperledger Fabric, continue to rely on last-century “scale to peak capacity” approaches. Unlike modern cloud native systems designed to exploit more efficient container packing and serverless technologies, Hyperledger Fabric, Quorum, and other “private chains” rely on single server deployments that offer no internal scaling mechanisms and that cannot be easily spun up or down, defeating attempts to apply auto-scaling or other capacity management techniques. This leads to an “always on” solution that employs 100% of computing, database, and storage capacity 24x7x365…even if no actual work is being performed.

Too Big of a Carbon Footprint

As a result, blockchain technology has become associated in public opinion with a high, and largely unacceptable, carbon footprint. That’s unfortunate, because blockchains can actually improve carbon footprint, when implemented correctly. More modern approaches to blockchain protocols have focused not just on improving cost effectiveness and ease of use but also improving compute and storage efficiency, making it possible to actually decrease carbon emissions relative to conventional IT approaches.

Proof of Stake instead of Proof of Work

In cryptocurrencies and other “public” blockchains, Proof of Stake has largely replaced Proof of Work in more modern implementations. Although Proof of Stake has occasionally been criticized as another form of centralization, it does avoid the high carbon footprint required by the Sybil attack-resistance Proof-of-Work approach. Public chains also serve a large, worldwide ecosystem, so at least the more popular ones enjoy a reasonable level of utilization.

Too much energy spent on attack resistance

Public chains still suffer from other forms of inefficiency: even when employing Proof of Stake, they are required to expend a large percentage of their computational resources maintaining Byzantine and Denial-of-Service attack resistance, rather than using those same resources to compute results. They also need to maintain a “least common denominator” approach to data modeling and storage that can serve anyone in their community, and cannot rely on optimizations based on data models or access patterns.

Public chains = too much data replication

Worse, public chains are, well, public – by construction, every node needs to maintain a copy of all information and updates from all sources, regardless of access patterns. So even experimental or “test” data from a no-longer-existent startup will have to be copied and maintained by every node in the network, in perpetuity. Similarly, if two companies want to use a public chain to communicate but don’t necessarily need (or perhaps even want) others to participate in the exchange, every other node (and all auditing clients listening for updates) still has to be informed, making both data distribution and data storage vastly inefficient over time due to what the intentionally access pattern agnostic approach of public chain design. Techniques designed to ameliorate these problems, such as sharding and “L2 caches” have their own drawbacks, usually including the fact that they are both more centralized in their approaches and that they place the burden of picking a “subcommunity” with which to communicate on every client.

These public chain drawbacks don’t improve over time or with technology; in fact, as the throughput of streamed data and the total volume of stored data increase, they actually get worse. For all of these durable structural reasons, private chains will remain a more efficient and “greener” technology for applications such as partner data sharing, cross-cloud operational data stores, and real-time data fabrics than public chains.

First generation private chains, such as Hyperledger Fabric and Quorum, rely on known identities for node operators that do not require either Proof of Work or Proof of Stake to safely “mint” a block. However, as data sharing and data storage platforms go, they are woefully less efficient than modern, cloud-based approaches to storing and sharing data, such as Amazon DynamoDB or Azure CosmosDB. Cloud-based solutions such as these make more efficient use of infrastructure and electricity for several reasons:

Subscribe to Vendia on Dev.to to get part 2 of the series

What impact does Web3 have on your developer life?

How to Become a Web3 Developer, Even If You’ve Never Written a Single Line of Code.

Once suspended, vendia will not be able to comment or publish posts until their suspension is removed.

Once unsuspended, vendia will be able to comment and publish posts again.

Once unpublished, all posts by vendia will become hidden and only accessible to themselves.

If vendia is not suspended, they can still re-publish their posts from their dashboard.