A Pragmatic Guide to Learning

Hi, all. I am a Computer Science Engineer, graduated from a Tier-3 college in India. In our curriculum, we have C in 1st semester as introductory programming language to make us familiar with basic programming concepts.Later C++ and Java for object oriented concepts. In 5th Semester, we have to develop a web application using JavaScript, HTML, CSS as front-end and PHP as backend. And the final semester machine learning project credit card fraud detection using Auto-encoders with Python.

So, total programming languages I think I know are

But in sad reality, I only know C language and remaining is just a C code with some ctrl+C ,ctrl+V from Google.It is very easy to transform from one language to another as they all have common C type syntax.

So, I have decided to try different paradigms of programming languages. As a result I ended with the book Seven Languages in Seven Weeks by Bruce A. Tate. My plan is to have fun with new language and blog my progress and also to build at-least one production level project (code) in that language.

The forward for this book was given by Joe Armstrong, creator of Erlang. 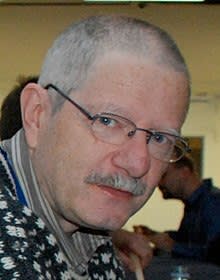 Learning a new programming language is like learning to swim for the first time.

The first step in acquiring any new skill is not being able to do your own thing but being able to reproduce what other people have done before you. This is the quickest way to mastering a skill.

To grow confidence, he wants the learners to reproduce the examples in the book (point noted).

1.1Method to the Madness

we need to deep dive into the language if we want to get the true flavour of the language which cannot be attained with short tutorial video.
The author promises to give us deep, fast dive experiences for seven different times.

we can find the answers for

check out the video from code report

How do I implement a functions that can search for various c/c++ library (.so,.a,.dll)?

vasanthkumar
Waiting for Thanos to snap.....
May 26th, 2022: What did you learn this week?
#discuss #weeklyretro #weeklylearn
How do you handle conflicts at work?
#discuss #career
Optimize Your Career for Growth
#career #javascript #webdev #devjournal