So, last night I couldn't sleep, thus I got up, turned on my trusty Dell and sunk my teeth into something I had ben putting off: Replacing the Microsoft Ad Control in my UWP apps which do ads.

I sort of knew what I wanted.

While it looks like the ad SDK component, it has a different intention; I will NOT make advertising revenue from these (boo), but it will point existing customers to my other products (yay!).

After 60-90 minutes of sleep deprived work, this is how far I got:

First; the XAML. I don't expect you to be copying all this from here, as it is incomplete and you can't see it all anyway. 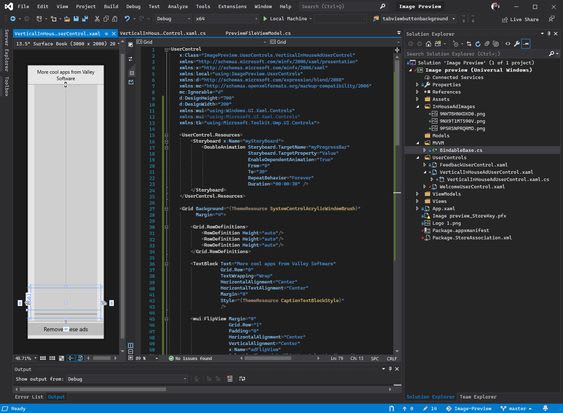 Secondly, the code behind. There isn't much but you can see some of the code to load in the ads automatically. 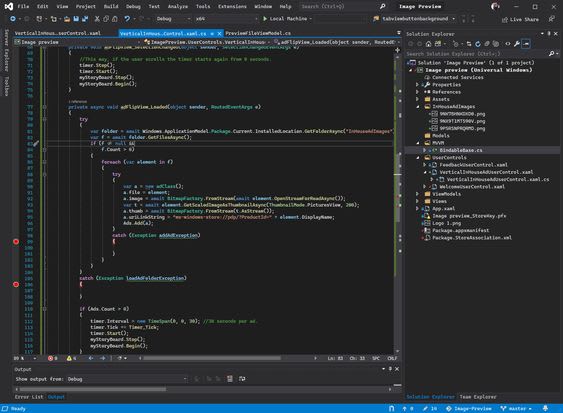 This is how it looks. Note the progress bar (shows how long each ad will be displayed for before rotation) and the start of a clickable interface to go forwards and backwards through the ads. 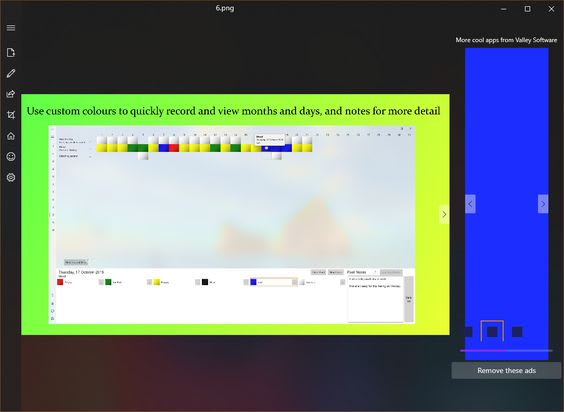 Well, like I said above I don't want to have to ship XML/JSON/Text/SQL configuration of the ads or maintaining them could get messy. I want each app to look or what ad is available and rotate them.

To do this made a folder for the images (InHouseAdImages) and in it I dump as many images of the right size/aspect ratio as I want it to display. By naming the files the store ID of the app it represents, I can easily open it when clicked!

It loads each image into an ObservableCollection and acquires a full size image, a thumbnail (placeholder), and a link (from the file name).

The XAML is effectively a 3 row grid as follows:

In the middle row, is a standard UWP FlipView with a WinToolkit ImageEx in it. On top of that is he manual ad select and a progress indicator at the bottom.

The indicator is actually just a 30 second animation from 1-30. This means there is no timer behind it and it's much smoother.

What am I happy about?

Well, just one. It would be better again if the ads were just hosted somewhere and the app would automatically pull down the latest ones rather than needing to be shipped with the deployable package itself. Not a big deal, yet.

Also I am considering opening it up to other devs. Kind of an ad-share, if you like.

Overall, I'm pretty happy with the progress so far and looking forward to cleaning it up.

Here is the semi-finished product with the fixes added.

Once suspended, valley_software will not be able to comment or publish posts until their suspension is removed.

Once unsuspended, valley_software will be able to comment and publish posts again.

Once unpublished, all posts by valley_software will become hidden and only accessible to themselves.

If valley_software is not suspended, they can still re-publish their posts from their dashboard.

Once unpublished, this post will become invisible to the public and only accessible to Rob.

Thanks for keeping DEV Community 👩‍💻👨‍💻 safe. Here is what you can do to flag valley_software:

Unflagging valley_software will restore default visibility to their posts.