Lately, I had been reading lots of articles for core concepts of Javascript. After reading a lot of them, I became overwhelmed with so much of knowledge all at once. Though I had been writing keypoints of each concept in docs but I realized it would be better for me to create detailed articles for the concepts that I have been learning.

The above program has a constructor Person and creates its instance john. Let's log this in browser console 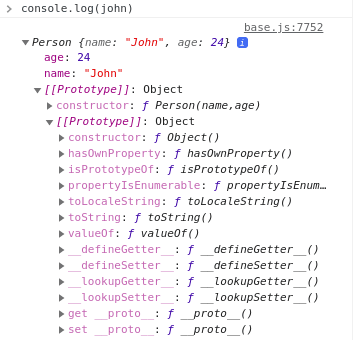 Here we have a [[Prototype]] property defined apart from the two properties. On opening it further we have constructor having the value of Person function and [[Prototype]] defined once again and further it has a list of properties.
Seeing this we can conclude that there are a bunch of things happening behind as we define just a simple function. We need to understand this for more clarity. For that, let's first understand about Prototype.

Prototypes are the mechanism by which JavaScript objects inherit features from one another.

By understanding this, definitely there is something related to inheritance. Let's define it a bit more clearly.

Prototype is an object that is available on every function that we define in JS code.

It consists of two things :-

These two things would be very important to understand for this article.

Let's use the constructor defined above for depicting the same.

Logging john and james on the console gives us this 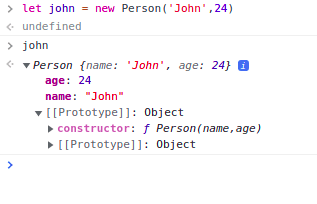 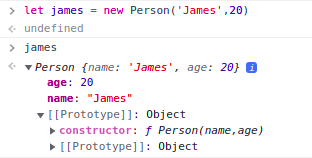 Therefore, we conclude that:- 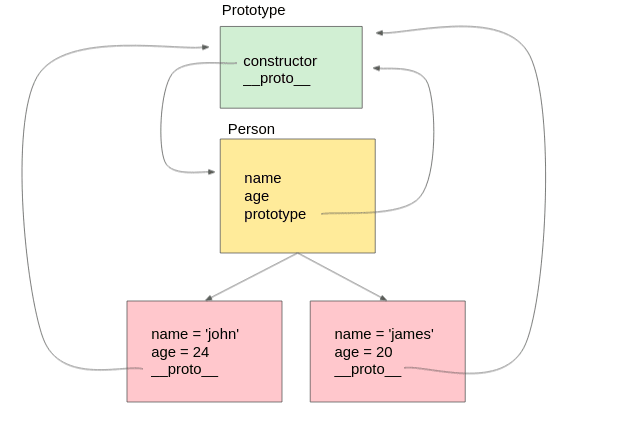 Now that we have understood this much, lets expand the prototype of Person now. 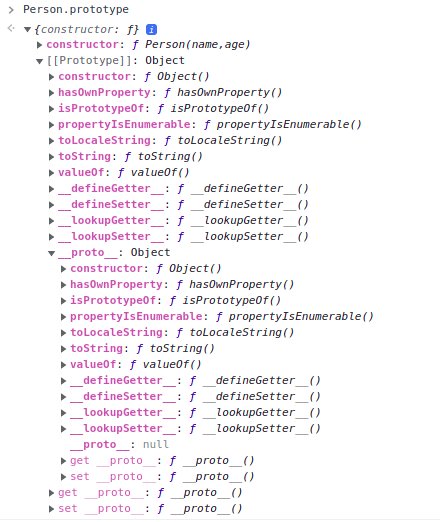 Some observations on prototype properties

NOTE: The examples used in this section are just for understanding purposes and not to be used for creating real world objects.

Let's redefine our constructor in a different way now and create an object for the same.

Here we can see that on directly setting a property, it becomes a direct child of the object even though it exists in its prototype. Also deletion of property defined in prototype does not happen until we delete it after accessing the object within its prototype.

I hope the example is self-explanatory from the title itself. :D.

By the last two keypoints, we can conclude that

Now we will create two constructors out of which the latter will be inherited from the former. Though you might know its class based way of inheritance in ES6 using extends and super but lets do it the prototype way now based upon our understanding as of now.

Here we can see that Adult can be inherited from Person constructor considering that we want the greet function to be a part of the constructor.

Firstly, let's do it for Adult class.

Using Object.create, we create an empty object having the prototype properties of Person.prototype. This is because later we can define our methods on Adult.prototype without touching the object of base constructor's prototype.

Once we have done this much, now we can define the properties on Adult's prototype.

Now, let's create an instance of Adult and call the functions.

If you have reached this section, I hope you have gone through the article xD. Feel free to appreciate or criticise the post in the discussions. Show some love if it is useful to you.

Would be writing more posts on Javascript concepts, React concepts and some frontend projects which I am working on nowadays.

Solving day 4 of Advent of Code 2021 in JavaScript

Vaidesh Shankar
Frontend developer
TypeScript used to be on my $#!% 💩 list
#typescript #javascript #webdev #discuss
7 Signs That You're a Good Developer
#programming #webdev #career #codenewbie
Mistakes I made while learning Web Development as a beginner
#webdev #beginners #productivity #programming