DEV Community is a community of 608,087 amazing developers

Next Right Now is a production-ready boilerplate for Next.js.

Authored by Unly less than a year ago, it has recently reached 500 GitHub stars, with more than 1000 unique visitors in December 2020 alone!

Our main motivation by releasing our internal framework as open-source software, was to share it with the community, hoping the quality would increase.

And it did! In 2O2O, Next Right Now was visited by people from 139 different countries, for a total of ~6k unique visitors!

Open-source takes time, it really does. But it's part of our core at Unly, our goal is to help students access higher education, and open-source is naturally on the way!

Unsurprisingly, most visitors were from the United States.
What was more surprising through, is that India is ranked 2nd!
And France is 3rd, that was also a great surprise considering we're a French company ourselves!

Chrome was used by 80% of the developers reading the NRN documentation, Safari comes second (10%), then Firefox (6%) and Edge (3%). Nothing astounding here.

Bounce rate was around 50%, which isn't bad. There were more than 35k page views in total, with an average session duration of 2:36mn. 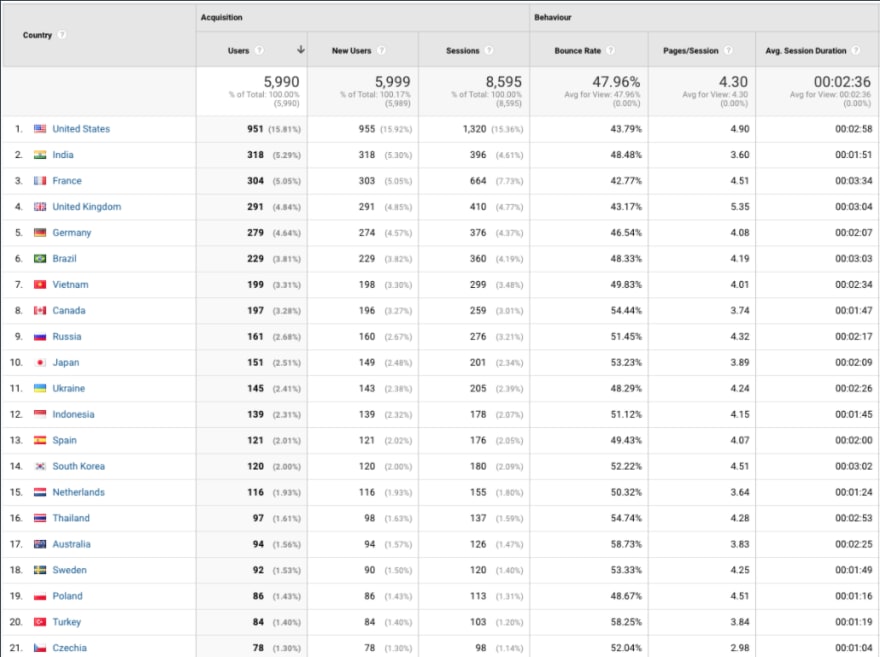 Those statistics are interesting and show us developers come back and spend even more time on the documentation, which is a great sign for conversion. That means people like what they see, and they come back for more.

And more, we've got!

There have been some incredible features implemented in 2020, thanks to the community:

We have many things planned for 2021, and we're very excited by the recent Vercel/Next.js announcements. 2021 looks promising already!

Also, we're gonna start a new big open-source project! It might just become the most flexible Chatbot out there ;)

My first attempt at micro-SaaS; suggestions and feedback please.