I do not typically recommend the Telegram application for private messaging, neither to technical neophytes nor to those of us more advanced in the ways of InfoSec.

Especially because any people who would be willing to get a more secure messaging application might as well get an app backed by more solid encryption & a UX with more secure defaults. Which Telegram is, well, not.

I have come across some reviews of Telegram's implementation. The Telegram creators "rolled their own" custom built encryption algorithm, and made some questionable choices in the process.

Chats are not encrypted by default.

Telegram developers can in overwhelming majority of cases read peoples' messages. And I have heard rumors, though I cannot confirm them, that some Telegram server operators have begun to exercise some minimal editorial prerogatives by monitoring and removal of content they deem objectionable. Perhaps there's a rationale for that, but "we find your message content objectionable" doesn't reassure me that my message content is private.

TLDR: Telegram's private chats are more secure than SMS, and have, by dint of hard work, earn the coveted "banned in Russia/Iran" stamp of approval. But Telegram's relatively good UI hides a relatively questionable underlying implementation.

It's not just me. Others are skeptical of Telegram's underlying security as well, especially in comparison to applications designed for the purpose of keeping message content private by default, like Signal Private Messenger or Keybase.

Source:
On the CCA (in)security of MTProto

Fie! My gifs and outdated pop culture references shall blot out the sun!

If it were just me, I'd say I'll douse it for a month to do some homework and re-light the torch then.

But first I should write on behalf of the original source of my skepticism, a crypto nerd far nerdier than me. This is the diagram that one of my crypto friends looked at and shook his head "nuh-uh" in a matter of minutes: 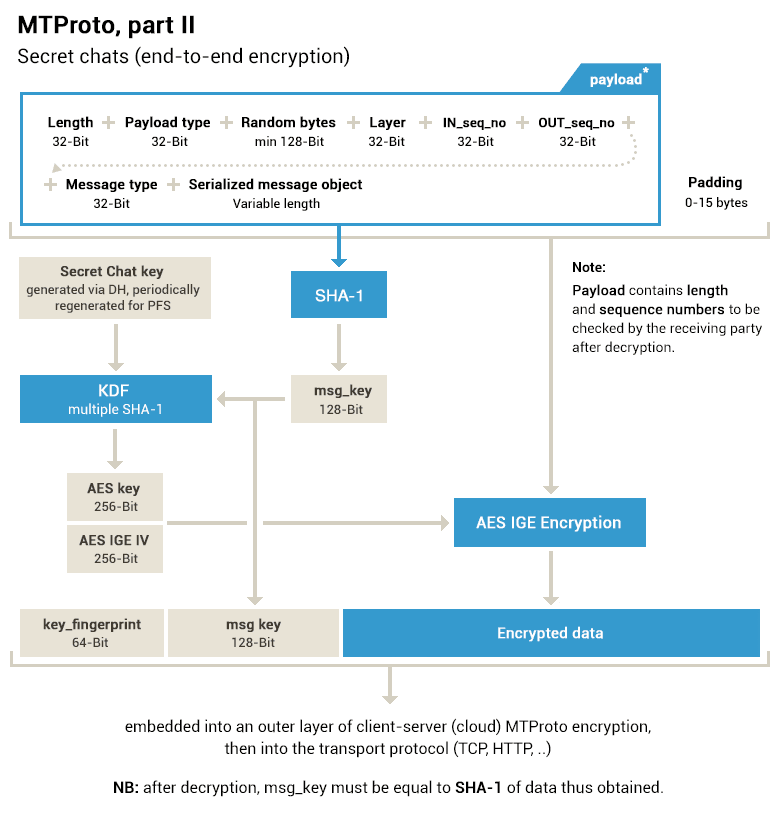 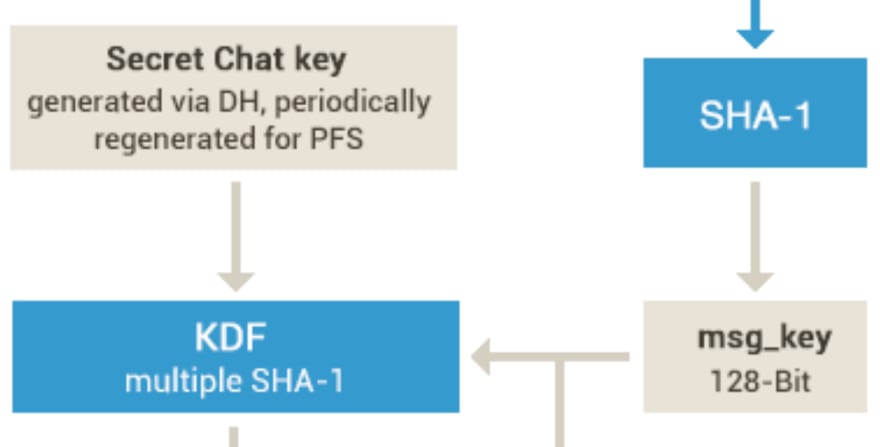 But I'll admit, that was back in the dark days of the 1.0 version.

I've already noticed some eyebrow raisers, at which I did indeed arch an eyebrow, in 2.0. For instance, for a protocol designed for end-to-end encryption between clients, the trust model for the key generation seems to include a lot more server than I'd expect. As in, any at all.

Also, I get if they don't want to publish the source code for this, but why not at least the math? And let poor schlubs like me at least LARP as people who can math things?

The sentiment of a quote from one of the more critical articles (which I thought was a bit too one-sided) on Telegram's "soooper-seeekrit" algorithm and source code seems to echo my own, here:

P.S. As the initial belligerent (aka OP), I feel I must concede to you the last word.

🦄N B🛡
// , “It is not so important to be serious as it is to be serious about the important things. The monkey wears an expression of seriousness... scholar, but the monkey is serious because he itches."
Don't waste your time on a portfolio website
#career #webdev #react #javascript
Describe the job interview you'll never forget!
#watercooler #career #interview
Why I interview even when I am happy at my job?
#career #watercooler #interview