In this blog post, we try to decipher the present & future scenario of the global freelancing ecosystem by breaking down key freelance statistics and trends.

To appreciate the scale at which freelancing is currently present in the world, let’s delve into some numbers that highlight the current trends in the world of freelancing.

1. Currently at 58 million and counting, freelancing is poised to become the U.S. majority workforce by 2027

Currently contributing over $1.4 trillion to the U.S. economy, the steady increase in the number of skilled individuals taking up freelancing every year has made freelancers the favorite to become the U.S. majority workforce within the next few years. 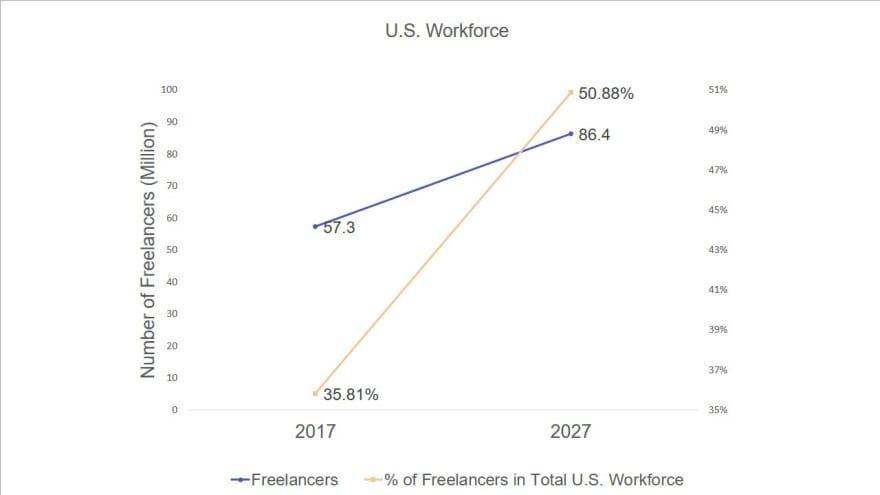 As of March 2019, Google’s workforce comprised of 120,000 contractors/freelancers, more than the number of permanent employees on its payroll, which was around 102,000. 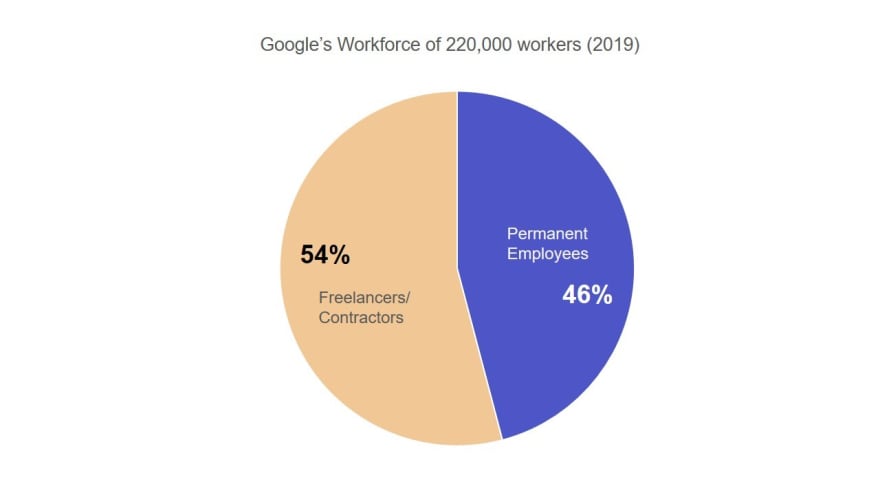 3. Countries with lower domestic work opportunities are seeing a surge in freelance professionals

Due to the rise in adoption of remote teams, freelancing is providing a viable career path for skilled professionals in regions where domestic opportunities are low. Pakistan, Ukraine, Philippines, India, & Bangladesh rank in the Top 10 countries with the fastest-growing earnings for freelancers. 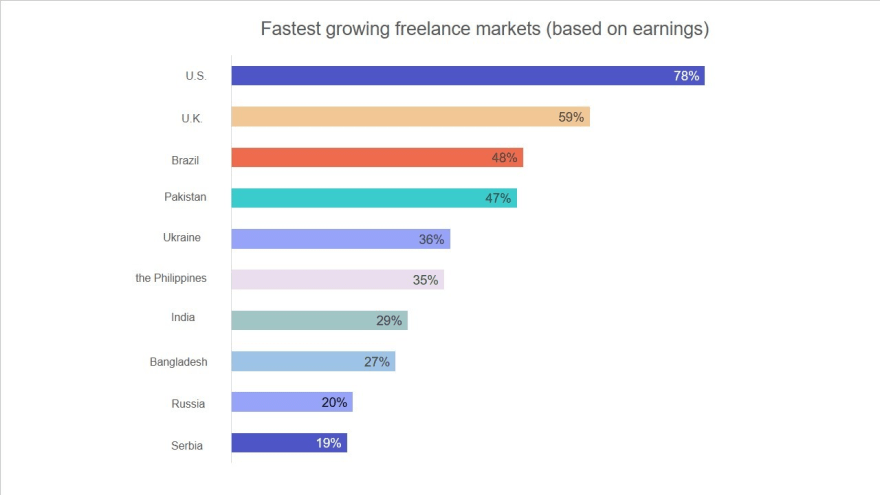 4. Freelancers are proving to be game-changers for SMBs

Providing a cost-effective and flexible solution, freelancers are helping SMBs achieve their growth plans. Reports indicate that SMBs are happy with freelancers and are looking to increase their use of freelancers in the future.

Here are three key stats to corroborate this fact: 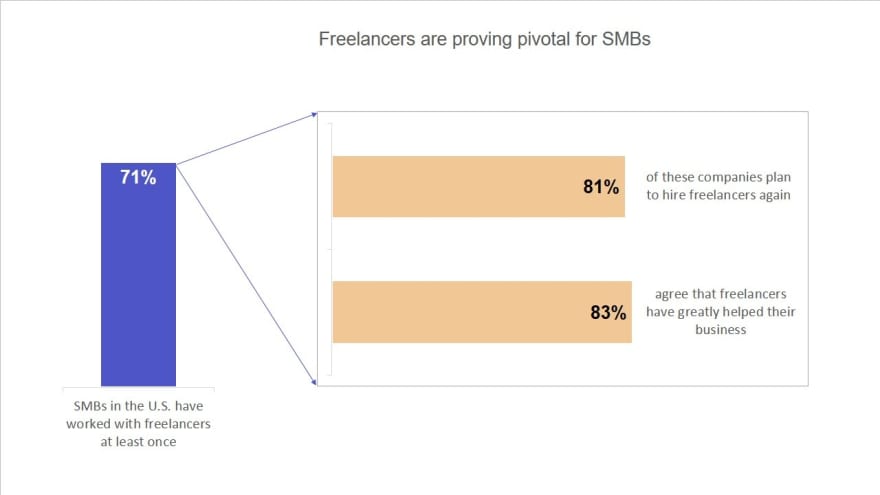 5. Almost half of all businesses employ freelancers

48% of businesses hired freelancers in 2018, up from 43% in 2017. This is expected to increase steadily as the ease of hiring freelancers increases and company policies become more aligned to processes like remote working. 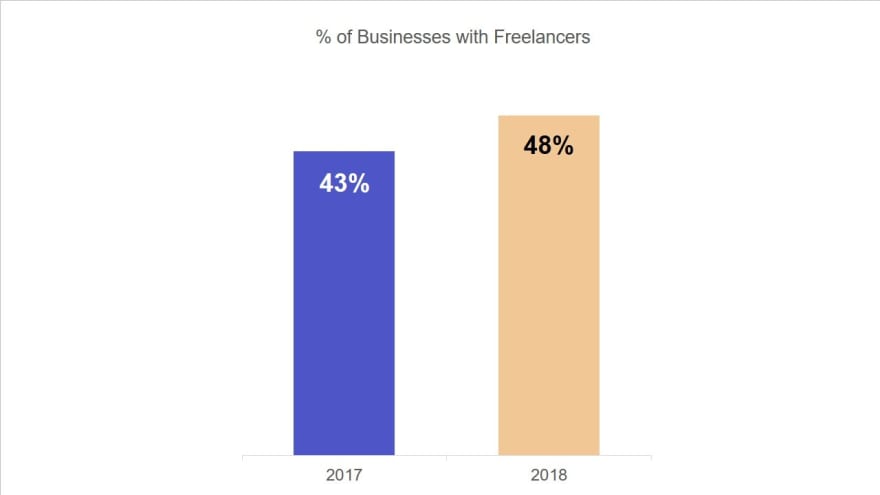 6. Freelancing opportunities are rising with online freelancing platforms being the catalysts

71% of freelancers reported an increase in the amount of work they were able to attract online over the last several years – with online platforms providing a great medium for connecting freelancers to companies & vice-versa.

7. Work done by freelancers to more than double over the next 10 years

Hiring managers expect a 168% increase in the amount of work done by flexible talent (freelancers, temporary and agency workers) in the next 10 years.

8. 12 out of the top 20 in-demand skills for freelancers are related to development

The top skills desired by companies looking to hire freelancers consist primarily of various technologies and IT-related skills. They include Blockchain, Amazon DynamoDB, React Native, Angular, Computer Vision, Go among many others. 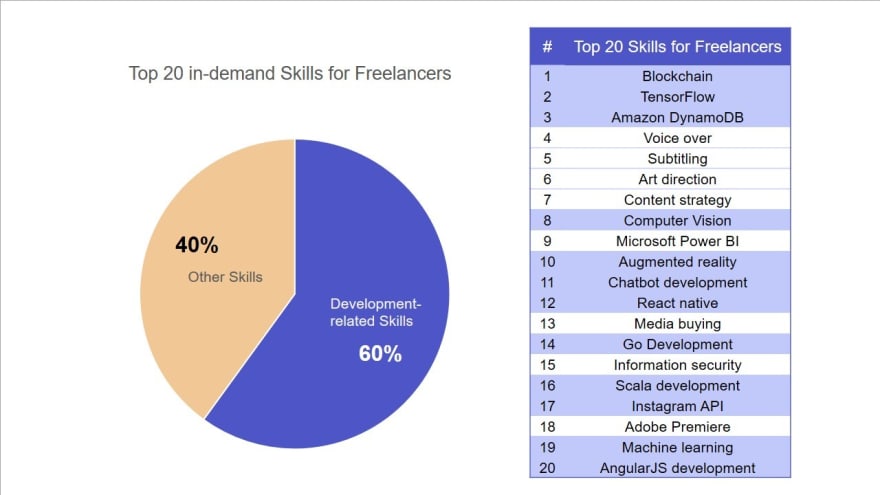 I let ChatGPT loose on dev.to - here are the results

Why Numpy is so important for Data Science?

Resume Tips That Will Get You Hired-#1

Once suspended, v20589666 will not be able to comment or publish posts until their suspension is removed.

Once unsuspended, v20589666 will be able to comment and publish posts again.

Once unpublished, all posts by v20589666 will become hidden and only accessible to themselves.

If v20589666 is not suspended, they can still re-publish their posts from their dashboard.

Once unpublished, this post will become invisible to the public and only accessible to Varun.

Unflagging v20589666 will restore default visibility to their posts.