In backend client generally refer to the device through which user is accessing the internet. It could be Laptop, Mobile, Desktop, tablet etc etc. Client contains frontend and the User Interface (UI/UX) 💻

In other words client is a means or door through which a user can interact with backend. A lot of new fancy open source technologies like ReactJs, Angular, HTML, CSS etc etc are used on client side.

Ever service running online needs some kind of computational power to run on and this is provided by server. Server is the place where core logic of our application is executed. You can think it of a computer placed on cloud ☁️

The primary task of a server is to execute the logic based upon the demand by the user.

All the Client, Server architecture are based upon request, response model.

Client sends a request and server responds with a response. 🔭 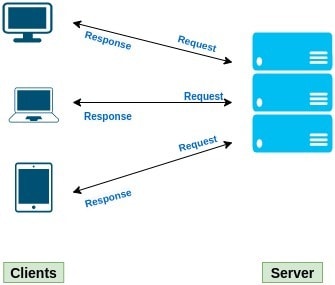 And speaking from point of view of an modern, advance client server architecture client Sends an request to server mostly through REST-API which was discussed in previous blog post

Logical manipulation has to be done on data before returning to client then. The logic may reside on server side and sometimes on client side (depending Upon the service). On this basis Client are classified into two types 🗂️

When Logic that has to be performed on data reside on Server Side then it is classified as Thin Client. It depends on Cloud platform for its features.

When The logic that has to be performed on data resides on server side then it is known as Thick Client. It's function can also run offline. and runs at least some features locally on your device.

Now What's a Tier, Tier refers to logical separation between different components of an application or service.

By Components I refers to

There are Mainly three Tire of Cleint - Server architectures

This is the most simplest of all the database, server and client all reside at a same machine. 💻 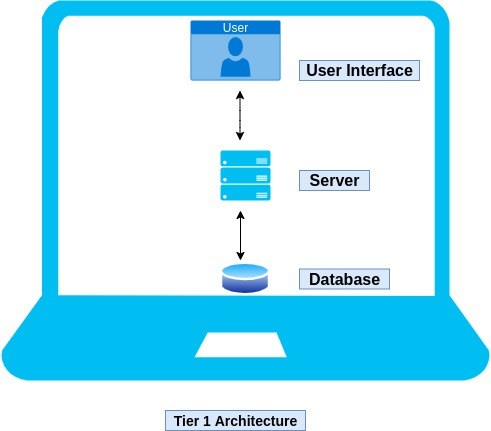 These could be installed and run on a single machine without any external resources.

Eg: when we install an SQL database to practice SQL quires.

In this architecture the presentation layer or the frontend as we say runs on client side while Backend Server resides at an external resource. Here database is also included in the server (Means there is no external dedicated DB) 🐳

In two-tier, the application logic is either buried inside the user interface on the client or within the database on the server (or both). 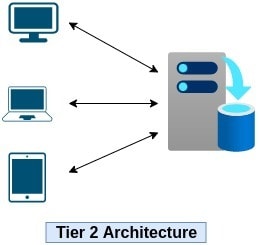 It has better security and scalability scope as compared to Tier 1. Here logic can reside either on client side or side depending on service.

A three tier architecture is most scalable among the all three. It has three layers

User Interface, Server and DB all three resides on different machines and thus are physically separated. 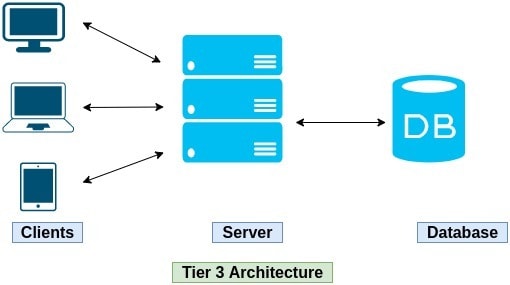 Here Logic resides at server side and data is stored at database. This architecture can integrate data from different resources

Let's take a simple blog website for example User Interface or frontend as we say is written in HTML and CSS, Server is Built up in NodeJS and Express or Django or any other backend framework and DB could be MongoDB or SQL etc, etc
This is a typical example of 3 Tire architecture.

In some cases even Tier 3 architecture isn't sufficient to handle traffic so load balancer, caching layer, etc are introduced on top of our tradational server and DB

Let's Look what these components are 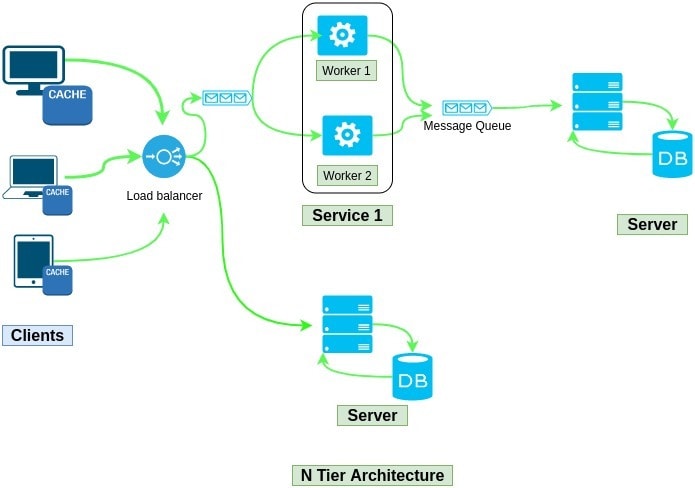 Recursion, or How I Learned to Stop Thinking and Love the Thoughts