Single page web applications built with the help of various front-end frameworks like angular, react and Vuejs have a large number of third party open source frameworks which can give great support towards achieving a lot of large functionalities and modules including user-interface, tables and grids, forms and validations, translations and a lot more..
This article consists of a list of some of the important points to be kept in mind while choosing the best framework to opt for your application.
Before moving on to describe the points, I would like to highlight some of the major drawbacks and limitations which would arrive if you fail to analyse and choose an appropriate framework resulting to loss of support, risk to failures, unresolved issues etc.. 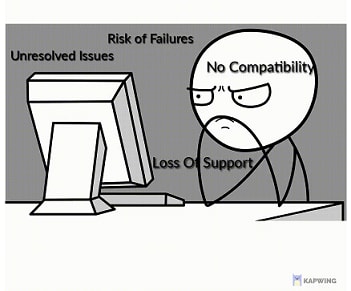 The development approach refers to the model adopted by the owner, people and contributors. To look at the pattern and history of the contributors on how did they work on it or why have they designed this approach for the framework. For tech geeks it is easy to identify it as for open source repositories it is very easy to look into branches, codes and commits.

Every framework should actively provide support towards the community through a proper ecosystem. A library must have actively respond towards the issues and feature requests of the users. To Trace this you must check the active and closed issues on the repository and along with that the ecosystems which are provided by the team such as gitter, slack etc…

To check the versioning and compatibility of the framework can be checked by checking the change log of the repository and the release notes which can be found after every new release has been done on the repository.

Choose a framework that is easy to adopt and which has an intuitive way to describe how to get done and what steps to be taken in case of issues and problems.
A well documented framework is itself a green tick to easily integrate it into the application.

Open source libraries contain detailed license MIT which describes the terms and conditions for the contribution of the ongoing development also the contributions and integrations of the used libraries into the package, This is a very mandatory and not to be missed step.
Search for the repository on npm and check under the license section.

A well developed, documented, Intuitive and good maintained framework is loved by millions across the globe. A very popular framework has a large number of downloads on multiple platforms where it can be downloaded. For example : Npm, yarn 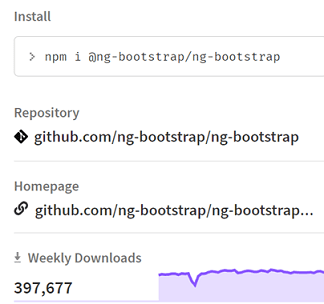 Apart from the downloads there are three major points to check on npm : Popularity, Quality and Maintenance(PQM)

This article is made in reference to the package @ng-bootstrap/ng-bootstrap which is an open source framework used in angular which falls under MIT license.
This content is designed to help the developers which some of the major aspects to analyze while choosing the best integral package/library for their application.

Introduction to Git and GitHub