My father likes to brag about his three sons, of which I am “the middlest”. When he gets to talking, and the conversation turns to “what the boys are up to?” he likes to describe my life this way:

David is doing great, he got married around ten years ago and runs his own tutoring business out in Seattle, WA. In fact, his “office” is at the dining room tables of families that are less than half a mile from Bill Gates’ house. He has helped students get accepted at Harvard and Yale! He only works about 25 hours a week, but it’s enough to own a house, and that’s even when he has to compete with all that Amazon and Microsoft money.

Well, Dad, I’m leaving that all behind, but I hope to give you a new story to catch the attention of those who vaguely knew me when I was a kid running around the Indiana countryside. About 6 weeks ago, I made the difficult choice to abandon my students part-way through the school year in order to join a 15 week bootcamp studying Data Science with Flatiron School. Upon doing so, I personally delivered a letter to each of the families I was working with at the time, regretfully sharing the news that I wouldn’t be able to continue as their tutor. Upon arriving to one house a week later, the father casually mentioned, “Oh, David, before you go, I wanted to talk with you about something.” As it turns out, after reading that letter, he had arranged for me to get a meeting with someone who has been at an international company for years, basically doing my dream job. I was thrilled! It was more of a meeting than an interview, and helped me understand what exactly I was signing myself up for.

During the first 20 mins of this meeting, we discussed the various ways to break into Data Science. In her experience there are three basic paths, none of which are better than the other, as they each bring their own important background tools necessary for the job. Below, I drew up a summary of those three paths: 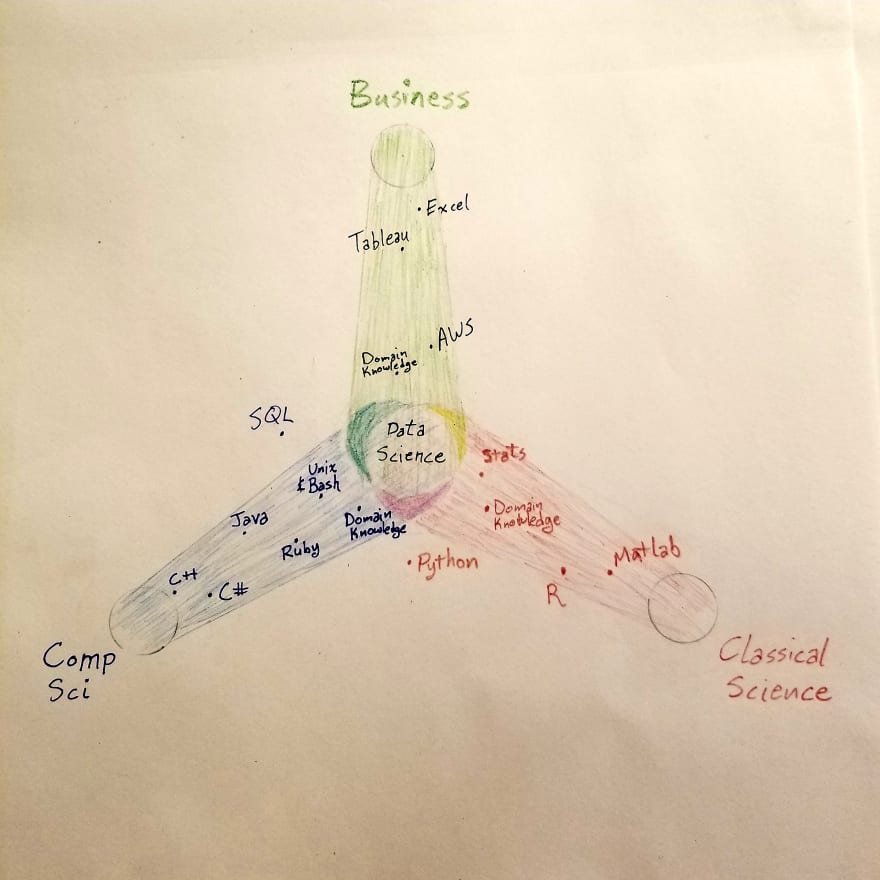 On her personal team she mentioned that everyone has at least a master’s degree in something relevant, many have a PhD (I have neither). After briefly summarizing the syllabus for my 15 week program, she mentioned that someone who intensely studies these topics shouldn’t have any trouble finding a job in the Seattle market, but I should temper my expectations of jumping straight into a high level machine learning or AI position. This doesn’t mean I won’t try, but if it takes me a few years to work my way up, that’s completely fine by me. In my old job, there wasn’t much upward mobility anyway, so starting on the bottom rung of the ladder and being challenged by my future colleagues sounds great. Also . . . a computer job would very likely come with good health insurance, which, from the perspective of a sole-proprietor business owner, is just like the Swiss flag (a huge plus). 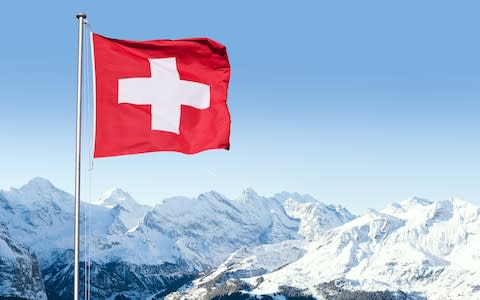 Before this meeting took place, I hopped on to reddit’s “MachineLearning” forum and asked for help:

I managed to get a face-to-face introduction with the someone in the industry. I can't promise to deliver an answer (but I'll try), and I'm not a journalist (just a nerdy guy trying to switch careers), but I feel like I'm in a state of "I know that I don't know" and I'd like your help. What should I ask? If you had the ear of someone who's been working in big data and machine learning for years, what would you ask? (obviously nothing about getting "trade secrets" or anything else she clearly wouldn't answer. These have to be feasible questions.) Thanks!

Thanks to everyone who contributed questions, here is my report:

I'd be interested in hearing what their plans are for ML driven spatial / temporal upscaling in games and how far they expect this to go.

She said it's absolutely something that is being worked on by others (not sure if she meant @ her company, or just generally, sorry).

I loved this question, because there are so many great games out there where the graphics have aged poorly, but the premise of the game is incredibly fun.

What is the most exciting area for ml in gaming? GANs? RL? CART?

This didn't come up specifically, however, she did share the premise of a talk she heard at a ML conference within the last year. It's about developing an AI for NPCs, but could be applied toward an AI that tries to beat the game from the player perspective. Essentially, the speaker developed a "risk / reward" function for each object on the screen. Strong monster close by = bad ; strong monster far away = not so bad ; treasure chest = good ; etc. all with number values, then the AI would follow a "path of best outcomes". I imagine a bunch of lines all shooting out from the controlled char to every other object on the screen, with varying degrees of red -> orange -> yellow -> green, and they adjust the "risk / reward" outcome based on movement and actions of the player.

Overall, it was a great meeting for me. I only minorly embarrassed myself three times, and could understand the basic idea of everything we discussed. About half the time was spent discussing how people from various backgrounds end up in the "data science" space, and whether it's feasible for me to make that leap. Kudos to her for quickly figuring out "my level" and pushing it slightly beyond in an interesting way. Every part of this blog is solely my interpretation of her opinion and in no way reflects the official stance of her company.

How to Build a Predictive Machine Learning Site With React and Python (Part One: Model Development)