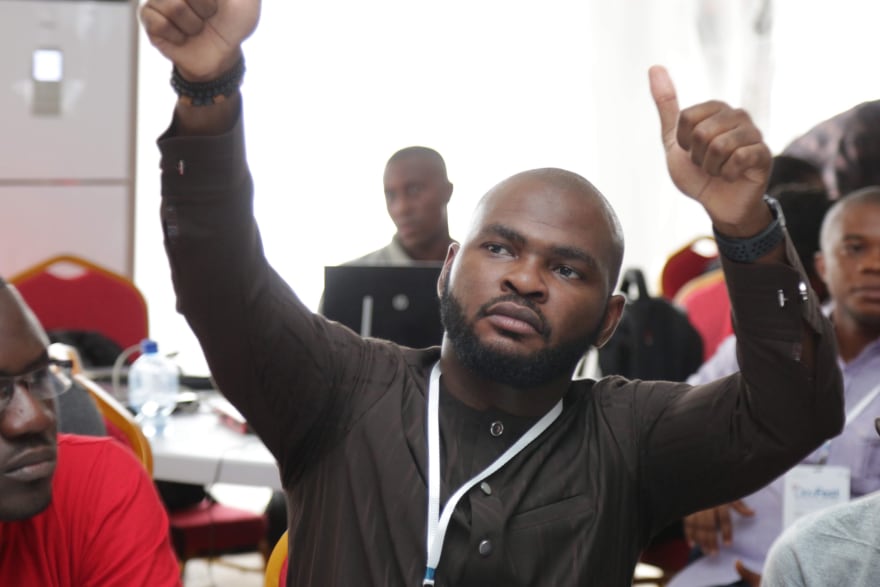 The most wonderful thing about asking people for impossible things is that sometimes they say YES!
— Eli Trier

Several years ago, Steve Jobs of blessed memory was at the helm of affairs at Apple and he always asked for things, and what seemed “impossible” from his team of engineers.

According to Apple’s former CTO, Tevanian:

“He was the kind of person that could convince himself of things that weren’t necessarily true or necessarily easy, maybe easy is the better way to think of it. That always worked with him for designing products, where he could go to people and ask them to do something that they thought was impossible,”

“But he would keep asking and say: ‘You know, it’s impossible but I still want you to try’ — and because of his sheer will, they would actually make it happen, or make something like it happen.” — Avie Tevanian

You know, while growing up, I used to be afraid to ask for things that could benefit me greatly because I was too scared of rejection.

Maybe it was out of fear. Maybe it was because in the early stages of growth, my family couldn’t afford a lot of things. Maybe this lack of having things in abundance bounded my courage & limited my ask-ability. Maybe I cared too much about the opinions of others & was greatly afraid to be the villain in anyone’s story!

“There are enough people in the world who are going to write you off. You don’t need to do that to yourself.”

However, I have learned so much along the way of building my life, relationships and career that I have discovered an open secret. The most successful, influential & wealthy people in virtually all ramifications always asked for things consistently, and repeatedly even in the face of failure, insufficiencies and rejections.

People Are Waiting For You To Ask…

I see this a lot in romantic, platonic relationships and groups of people (maybe in the community or clubs) bounded by a common goal. Someone summons the courage to ask for something, and the person on the other end replies with: “Oh, I thought you’d never ask!”

I see that young man hang around a beautiful lady, become friends & hope she becomes his partner without explicitly asking her out. He’s around her everyday just hoping things work out. With the rush of a wind, another young man comes around & without wasting time, asks for what the former was too scared to ask. And if the answer is YES!, it results in tears & resentment for the first young man.

There’s something we humans do a lot, including me(oh shit, I’m actually human). We size up people in our head, and assume a lot. Constant battles are happening in our brains, like Pinky & the Brain arguing, like Dexter & Didi with neural, doubt-infused, assumption-baked thoughts like: “She’s never going to talk to me, I’m not good enough”, “They are too big to respond to my request if I ask”, “What would they think of me, if I asked”, “I’ll play safe by sticking to asking for cookies”, “If I asked for help to solve these challenges, people will not rate me well enough as a programmer”, “I can’t handle being said NO to”

Your degree of resistance around something will be proportional to the amount of power waiting for you on the other side of that resistance. — Barbara Stanny

Take a 10 minutes introspection at your current state of life, especially your career & count how many things you have requested for to get you to where you are right now.

Now, in all of these things, filter them with the lens of asking for cookies (small things) or something really big and substantial? Have you been asking for cookies all your life? Are you asking enough? Is your journey filled with events & rewards that mostly fell on your laps?

Nothing can stop you from flourishing unless you stop asking. When you don’t ask, you are either seen as all-self-sufficient or someone that never wants to grow past their current roles or responsibilities even if you desire it innately.

Never insult the maker of your being by asking for biscuits & peanuts. You are a full grown being with the innate ability to operate from a realm of people throwing money, time & resources to accomplish whatever you want, if only you’d ask them!

Oh, I’ve also found out that majority of times, we like to operate from a space of safety, thus limiting our ability to ask. Have you studied babies? They ask boldly. “Give me this”, “I want this”, “Let’s buy this”, “I want more”

No one fulfills destiny from the comfort of safety. You can’t play safe and achieve big things.

I’m reminded of Akintunde Sultan, who came on Twitter in 2019 to ask for 1m Naira (~2,777 $USD) to simply support 10 upcoming developers with free laptops.

I want to publicly fund raise 1m to support 10 upcoming developers to get a good laptop + free course.

1. We will be giving out the laptops not the money. Buying in bulk

You want one? Indicate and tag potential sponsor.

Guess what? 11 months later, he has raised money twice, 5000 pounds, and ~11,536 pounds respectively which ultimately has provided 22 developers in Nigeria with laptops, courses and opportunities to get jobs. Right now, he’s on the second cohort of #Laptops4Developers and he’s asking for more funding which will directly impact 50 upcoming developers in Nigeria. I love his sheer energy of not asking for cookies.

I’m reminded about how forloopNigeria became forloopAfrica with chapters scattered across ~8 countries & directly influencing lots of developers in Africa because I asked Ridwan (the founder of forloop); “Can we spread our wings? Why are we limited to Nigeria?” and before we could say Jack, all resources went into actually spreading our wings!

I’m reminded about how CEOs are always asking people(developers, engineers, PMs, execs) from other companies to join their team. (they really don’t care, they repeatedly ask until they get them to be on the team).

I’m reminded about how Samson Goddy, Ada Nduka Oyom, and Peace Ojemeh raised thousands of dollars, asked open source experts, and big companies across the world to throw in their time & resources to support the biggest open source festival Africa happening in Lagos (Africa’s unofficial tech capital). Just take a look a the speakers coming to Nigeria this month. They asked, and kept asking!

Are people challenged by what you are asking for?

Asking For Things Stretches You…

In my few years operating in leadership positions from different fronts, I have noticed that asking developers and people on my team, even extending to other teams for some “crazy” features/things actually stretches their ability to perform.

Humans are naturally inclined to remain in a position unless pushed by a force. Remember Newton’s third law of motion? Founders that have had to raise money know how asking for things stretches their ability to write better, email better, sell better, speak better, tell their story better, manage relationships, spot BS from afar of!

Furthermore, people that you request things from don’t even know what they are capable of until you ask them for something huge, very substantial or way out of their current abilities. When asked, either of the following can happen:

Asking For Things That Scare You…

As I conclude, I want to charge you to throw away that self-doubt, and faux humility. Wake up, and ask for big things.

Finally, if you’re reading this & live in or around Lagos, Nigeria. I’m asking you right now to sign up for Eden Life.

Eden is a human-powered, tech-enabled service that puts your household chores on autopilot; Laundry, Cooking and Cleaning, while you focus on doing things that significantly moves your life forward. There are over 100 plans for you to choose from on our mobile web app, Android, and iOS.

If your child asks you for bread, would any of you give him a stone? — Matthew 7:9

A new day, another opportunity to wear the cloak of courage, embody the mamba mentality, and transform your entire life.

TIL: You can use JQ in Conductor