Insertion Sort is an in place comparison based sorting algorithm, which is commonly used in Computer Science. This algorithm is just similar to the way we sort a deck of cards while playing bridge. The main idea behind insertion list is that it inserts each item into its proper place in the final sorted array.

How does Insertion Sort Work ?

The way in which a given array is arranged using Selection Sort Algorithm is depicted in the following diagram. 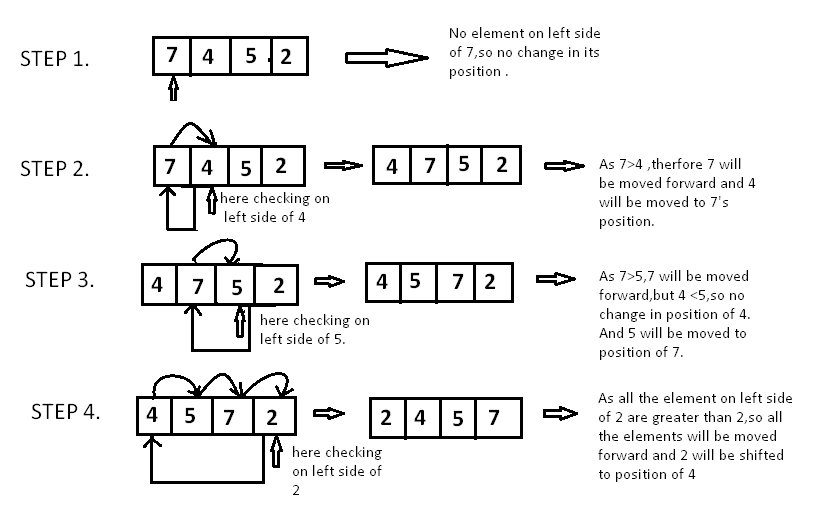 Implementation of Selection Sort in C

By reading the above blog post, I hope you would have gained a sound knowledge on Insertion Sort.