A big part of what Javascript does best has to do with sending and processing data over the internet. There's a good chance that you'll stumble across AJAX, specifically in terms of making API requests quite early in your web dev journey.

You'll have to consider asynchronous code execution whenever you are:

While you might encounter the first more often in your frontend and the second in your node.js backend, in both cases callback functions and promises are bound to come into play.

In a (really tiny) nutshell, each of these variants make sure that remotely called resources - or computed variables are ready for usage when they're needed.

To understand asynchronous code execution, it helps to put the concept into words and compare it with its synchronous counterpart.

If you're aware of the basics, feel free to skip to Callback functions.

Assume you have three lines of code that do the following:

Then, consider the follwowing JS pseudocode:

If you were using a synchronously executed language, this construct may work just fine. Take a number, evaluate it serverside and alert the result.

A Javascript engine, however, will not wait for (2) to evaluate; if serverResponse is not available right away, it will call the alert and you will see something like this:

What else could happen is your console throwing an error, stating that serverResponse is not defined. Both exceptions are symptomes of the same cause.

The reason is the order in which the two functions get called. Javascripts event loop creates a queue of tasks being worked on in a given order. However, it does't wait for either of those tasks to finish, but executes the next one in line right away without waiting for an evaluation.

To prevent this from happening, we have to make sure that variables are available for consumption before they're assigned or used for other functions. At that point, callbacks and promises come into play.

A callback is a function (let's call ours bar) that is called right before another function finishes (function foo).

It's Call[ed in the] back [of another] function

For that to happen, bar must be passed into foo as an argument, so that the variables that have been evaluated in foo are available in the function scope of bar.

So far so good? Let's take a look at the following example:

It might look quite alien at first sight, so we'll replicate this behavior with a synchronous example that works just the same:

Both of the above functions return the exact same result, but differ in how they get there.

And here comes the trick - What would happen if, in scenario 2, foo was not yet evaluated into 10, but takes a moment (half a second) to get that number from elsewhere?

The result will be NaN, as foo, at the moment its value is read within bar, is undefined.

Let's now put this timeout into the callback example:

That looks much better, we're back to 15.

As a callback is executed as a part of another function, these two are considered to be the same task (message) in the event loop's sequence flow.

This is not the case in the second, non-callback example, therefor foo's evaluation is undefined and the result is NaN.

You might have noticed the type of the object that was alerted in the first example above. It was not the expected variable from serverResponse, but neither was it undefined.

What you have seen was a placeholder for a variable that will be there at some point in the future. Imagine it like the small buzzer you're handed in a restaurant while you're waiting for your food to be delivered. When handed to you, the exact moment of when your dish arrives is unknown, but it will do at some point. You will be notified by the state of the buzzer (changing from inactive to buzzing) as soon as the moment comes. 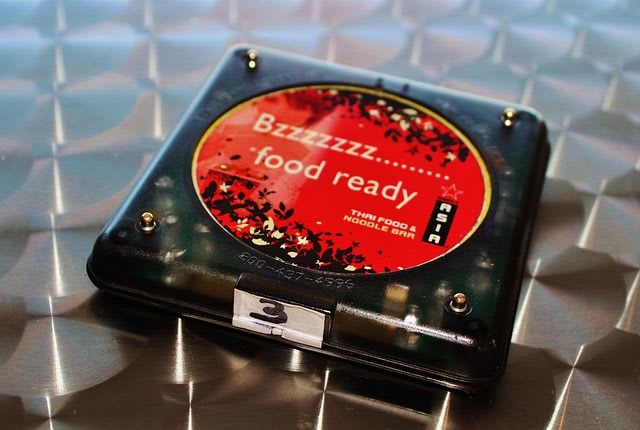 As soon as the buzzer goes off, the promise made to you is resolved, and you can go and claim your food. Only then, it is available to you for eating.

Let's try and replicate this example in code features:

And now to the related code that simulates the waiting time:

Note that there's more to promises, such as the Promise.all() and Promise.any() methods, which give you an even better control of asynchronous code processing. They're out of scope for this article, but worth mentioning at this point.

... is actually syntactic sugar over promises and not a separate technique. Instead of returning a single placeholder per function, you can declare the same with the help of of anasync function and use the keyword await inside that function's scope whenever trying to assign a variable with a value that's not available yet. While the functionality is the same, asynchronous functions look more like that type of coding you're already familiar with.

Let's try and rephrase the above function call of orderFood() in async style.

When dealing with multiple promises, instead of chaining .then() - methods over several promises, you could keep assigning variables as you did before, within a single function's scope. Writing async/await functions might also make longer code files more readable and prevents you from ending up in a .then() - type of callback hell.

A note: Try and avoid using promises together with async / await in the same file. Choose the one you prefer and stick with it - your team will thank you.

Bonus: A peak into advanced promises

Okay, before I finish, let me give you an idea of the previous teaser.

Since their introduction, promises became a core part of asynchronous Javascript programming. With this transition came many useful features - including concurrent resolving of several promises at once.

The method in question is Promise.all(). It makes sure that all promises you pass into it are resolved before moving ahead in the code chain. This comes in especially handy if you use two or more remote resources that have dependencies on one another.

I will not go into detail here - perhaps in a later article - but the commented code below should give you an idea of how Promise.all() works. If you have not encountered fetch() yet, you can find a brief introduction over at MDN.

For the example below, I am using JSONPlaceholder, a fake API that delivers mock data in json format.

This post was originally published at https://blog.q-bit.me/what-is-the-difference-between-callback-promises-and-async-await/
Thank you for reading. If you enjoyed this article, let's stay in touch on Twitter 🐤 @qbitme

Day 86 of 100 Days of Code & Scrum: SELECT Within SELECT, Aggregate Functions In SQL, and Other Stuff