If you look at the common security controls that we are building into our web applications, you'll notice that they often do not have a feedback mechanism which tells the developers how the controls are performing against real threats in a production environment.

This lack of feedback is a lost opportunity to gain a better understanding on real and imminent threats, which in turn could help developers to prioritize and improve their secure development efforts:

Utilizing this feedback to drive the security efforts of your development team is known as attack-driven defense.

As this form of defense seems to be rather uncommon, I would like to hear your thoughts as developers on this, especially regarding the possibilities and shortcomings you see with this defense model.

If you are keen to learn more on how to utilize detection points to make your application attack-aware, have a look at this article where I give a brief introduction to this concept: 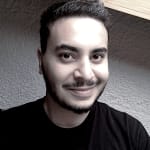 Detecting Attackers from Within

Cheat Sheet To All Bash Shortcuts You Should Know!!

Once suspended, tolgadevsec will not be able to comment or publish posts until their suspension is removed.

Once unsuspended, tolgadevsec will be able to comment and publish posts again.

Once unpublished, all posts by tolgadevsec will become hidden and only accessible to themselves.

If tolgadevsec is not suspended, they can still re-publish their posts from their dashboard.

Once unpublished, this post will become invisible to the public and only accessible to Tolga Ünlü.

Thanks for keeping DEV Community 👩‍💻👨‍💻 safe. Here is what you can do to flag tolgadevsec:

Unflagging tolgadevsec will restore default visibility to their posts.