Getting stuck sux, but...

Here's some tips to help you out...hopefully.

Whether you're coding a drop down menu, writing a blog, designing the next best thing, or simply sitting in front of a blank screen wondering 'now what?', we all experience various ways of getting stuck. Instead of giving out some wordy bits of advice, obnoxiously long quotes with theoretical undertones and long, exaggerated internal revelations (like, I kinda just did, but don't worry)...I want to just fire off a bunch of simple bullets to maybe jog the noggin, mix up the thoughts...you know...that sorta thing you need when you get a bit stuck.

Before we get into it, these are all just kind of things that may be obvious now, but not when it's 3AM and you're determined to beat the sunrise to completion. In some cases we can't always walk away from the work station or may not be in positions to

So in no particular order and sort of off the top of my head:

If possible, for a minute or so, just step away from the workspace. Allow yourself the chance to come back to the task refreshed and with a slightly uncluttered set of eye brains with hands or something.

Not like, a break break, but like take a break from the block to look it up. Google, ask someone in the know, or step back and deconstruct the blockage. Similar to walking away, talking about it a bit can sometimes get a second opinion to restart the mental engine.

Talk it out loud. I've found myself reading through something out loud and it was like listening to myself dictate the problem helped me realized that what I was saying wasn't matching up to what I was seeing. Talk to a bobble head, toy goat, bottle of hand sanitizer, anything that doesn't make you seem a little bit insane and just air out the block. Who knows, maybe that little lapse of sanity gets the gears turning.

Not so much a perfect stranger, but maybe a spouse, co-worker, friend, online video game buddy, just someone outside of the scope of normal. It made lead to know where. It may lead to you trying to briefly explain your goal and unhinging the blockage then and there.

Sometimes, we're so caught up in the moment that we forget how mentally clearing it can be to just breathe. Close your eyes for a few seconds, and count out your breathe. Maybe a 1-3 second in and out or a deeper 5 second in, 5 second hold, 5 second out pattern. Experiment, but like, don't die. Breathing has been scientifically proven to be useful for living. I remember sitting on the floor, closing my eyes, and taking a few breaths and just jumping up and rushing back to my chair because somehow in that mental count, I realized that my code wasn't doing just that...counting.

Sometimes you have to close the lid, cap the pen, put down the burrito and rest. Give it time to manifest or to have a fresh clearing moment and return again after resting. Be it over night, a quick nap, or even a YouTube veg-out session (that's sleeping in some ways, right?), the mental restart might be the kick you need.

This isn't an all inclusive listing. This was probably just a quick random read/time-waster that may have helped in unblocking your block, I wouldn't know. But what I do want to leave you with is we are all sort of normal in some ways or something. Seriously, everyone hits bumps or road blocks and we have to be open to asking for help and trying to un-free ourselves and not settle with that inner monologue of 'I'm too dumb' or 'my pride would never allow help from him/her/cat/dog'. But also remember that everyone hits bumps and one day, someone might come up to you with a similar mental burp, so instead of calling them lazy or writing lengthy complaints on Stack-Overflow... take a breathe, give your two cents, and carry on. 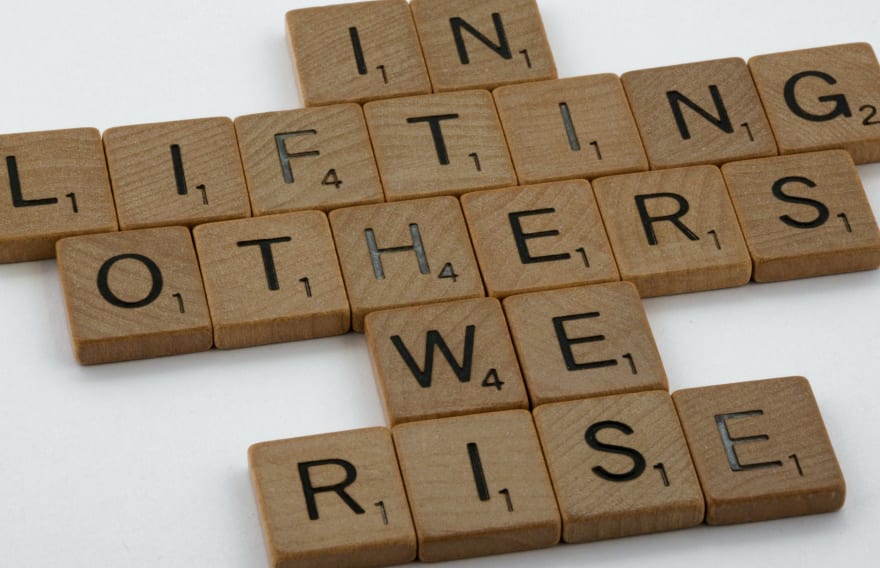 Show your style on your Github Readme!

tkdguy85
New dev in the making? Something like that.
6 actionable steps to make you more employable as a newbie 💼
#codenewbie #career #programming #motivation
My favorite blogging tools to make you a productive blogger
#productivity #blogging #beginners #tooling
Get ready for your React Interview
#javascript #beginners #react #career