A client reached out to us with a weird problem. Their ASP.NET WebAPI project (somewhat legacy tech) needed to communicate with an application running on a mainframe (dinosaur-grade legacy tech). But they were having XML serialisation issues…

They had a test XML payload, but only half of that kept coming across the wire: 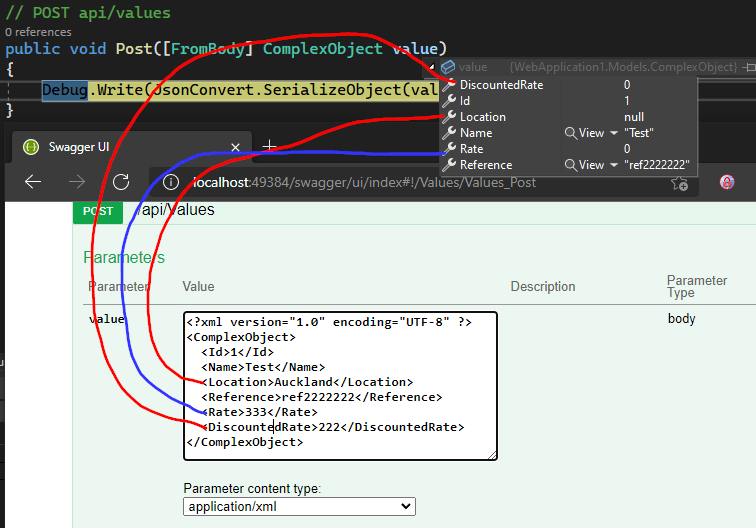 first thing we suspected was missing DataContract/DataMember attributes, but everything seemed to be okay:

After scratching our heads for a little while and trying different solution from across the entirety of StackOverflow, we managed to dig up a piece of documentation that explained this behaviour:

With the above in mind, we got the following payload to serialise successfully: 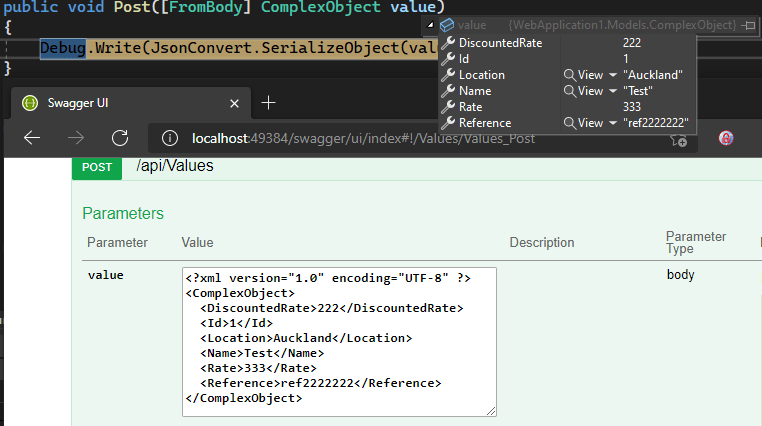 There are other options

.NET comes with at least two XML serialisers: XmlSerializer and DataContractSerializer. A lot has been written about the two. We find this article written by Dan Rigsby to probably be the best source of information on the topic.

Key difference for us was the fact that XmlSerializer does not require any decorations and works out of the box. While DataContractSerializer needs us to make code changes. In our project everything was already set up with DataContract, so we did not have to change anything.

By default, WebAPI projects come configured to leverage DataContractSerializer. It however pays to know that in case of any issues we can switch to use XMLSerializer:

Yet another option to deal with ASP.NET XML serialisation issues would be to define property order explicitly:

XML serialisation has been around since the beginning of .NET. And even though it may seem that JSON has taken over, XML isn’t going anywhere any time soon. It is good to know we have many ways to deal with it should we ever need to.

Once suspended, timur_kh will not be able to comment or publish posts until their suspension is removed.

Once unsuspended, timur_kh will be able to comment and publish posts again.

Once unpublished, all posts by timur_kh will become hidden and only accessible to themselves.

If timur_kh is not suspended, they can still re-publish their posts from their dashboard.

Once unpublished, this post will become invisible to the public and only accessible to Timur Kh.

Thanks for keeping DEV Community 👩‍💻👨‍💻 safe. Here is what you can do to flag timur_kh:

Unflagging timur_kh will restore default visibility to their posts.