There. I said it. Building APIs is getting harder. When I first started building services with Laravel 3, things were different, simpler, more enjoyable.

Easily the biggest hurdle when building an API is authentication. Back in the days I would simply generate an API key and be done with it. Now we're shifting to microservices and JWT before most people even understood the complications of that. Getting authentication right (secure + easy to use) has gotten so hard, that I would not recommend anyone to build their own. It just takes too long and you'll probably get it wrong anyway. So we're using services like Keycloak or Auth0 that introduce their own kind of complexities (deployment, data privacy, et cetera). 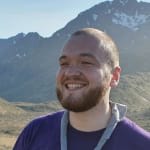 This has always been difficult. There are systems and libraries ready to go and they're great. My problem with most authorization solutions is though that they have users and roles and groups, but no concept of ownership. Oftentimes I want to authorize an action depending on who a given object belongs to.

I was very content with REST. It just made a lot of sense. But now, all I can see are the problems it has compared to GraphQL which is so great on the client side and such a pain on the server side. At this point they both feel like a bad choice.

Same as with REST. MySQL felt so logical to me. But when you're designing a slightly more complex data structure, you end up with lot's of tables, very quickly. Most of the time this also leads to more models, more APIs, more tests, etc. MongoDB on the other side is so much fun when it comes to nested objects. But somehow I still feel uneasy leaving normalized data and my neatly organized migrations behind.

Too big frameworks vs. too small

Laravel is great! But it also became a bit overwhelming. It has always felt magical, but also difficult to understand what's going on behind the scenes. I don't think it has become harder to understand or to learn, there is just more of it. Sometimes I would prefer it to be a little smaller. That's when I look at Node.js frameworks like Adonis, Nest or Fastify. I feel like I can make more choices there. With frameworks like Fastify I can come up with my own architecture, which I really enjoy. But I'm missing a solid authentication solution in the Node.js world.

I'm actually not sure if testing just wasn't a thing in Laravel 3, or if my junior dev ass just ignored it, but I didn't do any automated testing. Nowadays I do, of course, and I wouldn't stop doing it, but testing APIs feels so repetitive and time consuming. I need tests, but when I'm working on a side-project I would rather work on the actual software.

I used to just synchronize my code to some server using Transmit. I even recall writing a very angry e-mail to ExpanDrive once because it messed up my files, which was a great pain because I wasn't using Git back then. But aside from that deployment was simple. Today containerization makes deployment so much better and so much more complicated at the same time. I love it and it scares me at the same time.

With Laravel 3 I would simply return an object I got from the database, it would then be converted to JSON automatically and wrapped in an HTTP response. And while that still works, of course, I now find myself writing DTOs for every model, at least for Create and Update, sometimes for more specific actions. I also spend time casting some properties back and forth because JSON is quite limited when it comes to typing.

Yes, many things changed and many got more complicated. But there are also a lot more tools and platforms to chose from. Great things happened that made my work a lot easier (like Chrome DevTools or Directus). So what's really the problem here? I'm afraid after all these years I simply got to a point on the learning curve that is high enough to see all these things properly.

When I started web development I simply couldn't see many of these issues. And now that I do, I cannot ignore them. And sometimes, yes, that is tiring. Becoming more professional at what you do doesn't mean it's getting any easier. You just get better at doing it.

Copyright of the title image belongs to the BBC.

Till Sanders
Till Sanders – Designer and Web Developer from the cloudy mountains of Lüden­scheid. Spent the last decade learning about and shaping the difficult interaction between human and metal minds.
Automatically combine your scattered documentation with a few lines in GitLab CI
#gitlab #productivity #devops #programming

Once suspended, tillsanders will not be able to comment or publish posts until their suspension is removed.

Once unsuspended, tillsanders will be able to comment and publish posts again.

Once unpublished, all posts by tillsanders will become hidden and only accessible to themselves.

If tillsanders is not suspended, they can still re-publish their posts from their dashboard.

Once unpublished, this post will become invisible to the public and only accessible to Till Sanders.

Thanks for keeping DEV Community 👩‍💻👨‍💻 safe. Here is what you can do to flag tillsanders:

Unflagging tillsanders will restore default visibility to their posts.