I love useRef, but it lacks the lazy initializer functionality found in other hooks (useState / useReducer / useMemo). useRef({ x: 0, y: 0 }) creates an object { x: 0, y: 0 } on every render, but only uses it when mounting — it subsequent renders it’s thrown away. With useState, we can replace the initial value with an initializer that’s only called on first render — useState(() => ({ x: 0, y: 0 })) (I’ve explored this and other useState features in my older post). Creating functions is very cheap in modern JS runtimes, so we skip allocating memory and building the object for a slight performance boost.

I’m not super excited about doing useless work, and useRef is your primary tool for avoiding useless re-renders. In this post, I’ll show you four ways to support lazy initializer in useRef: 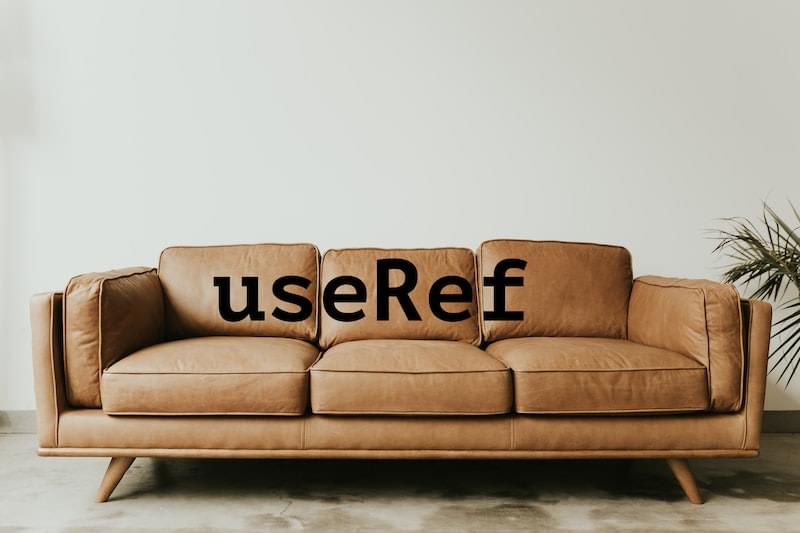 Any ref that involves an object can benefit from lazy initialization. I use such refs a lot for tracking gestures:

A lazy initializer is useless for atomic values like useRef(9), since those are cheap to create, too.

For a slightly different use case, sometimes we want a stateful object (often a Resize/IntersectionObserver) with a stable identity — useMemo does not guarantee it. We don’t really want to reassign current, so a RefObject API is not needed:

For each technique, we’ll see how good it is at supporting both use cases.

The most intuitive way to lazy-initialize a ref is combining a value-less useRef() with a mount effect:

Nicely, init inside an effect does not (normally) block the paint, allowing you to paint a touch faster. However, this implementation is not always convenient, because the .current value is not accessible before the effect — in the first render phase, in DOM refs, useLayoutEffect, and even in some other useEffects (inside child components and ones scheduled before the init effect) — try it yourself in a codepen. If the whole useRef + useEffect construction is written inline in a component, you at least see that the initialization is delayed. Wrapping it into a custom hook increases the chances of a misuse:

The logic relying on .current is awkwardly pushed into effects, complicating your code:

Replacing useEffect with useLayoutEffect does not help much — a bunch of places that can’t access the current still exists (first render, DOM refs, child useLayoutEffects), and now the initialization blocks the paint. As we’ll see now, better ways to initialize early exist.

The useEffect approach works OK if you only need .current later — in other effects, timeouts or event handlers (and you’re 100% sure those won’t fire during the first paint). It’s my least favorite approach, because the other ones work better and avoid the “pre-initialization gap”.

If we want the .current value to be available at all times, but without re-creation on every render (a lot like useState / useMemo), we can just build a custom hook over bare useRef ourselves (see codepen):

This implementation is a good default for custom useLazyRef hooks: it works anywhere — inside render, in effects and layout effects, in listeners, with no chance of misuse, and is similar to the built-in useState and useMemo. To turn it into a readonly ref / stable memo, just return ref.current — it’s already initialized before useLazyRef returns.

Note that using null as the un-initialized value breaks if init() returns null, and setting ref.current = null triggers an accidental re-initialization on next render. Symbol works well and might be more convenient for debugging.

This is the most convenient approach for storing observers, because they’re safe to use from DOM refs:

The only downside is that the initializer runs even if we never read the value. I’ll show you how to avoid this, but first let’s see how we can (and can’t) build this flavor of lazy useRef over other hooks.

If useState has the lazy initializer feature we want, why not just use it instead of writing custom code (codepen)?

We useState with a lazy initializer that mimics the shape of a RefObject, and throw away the update handle because we’ll never use it — ref identity must be stable. For readonly ref / stable-memo we can skip the { current } trick and just useState(init)[0]. Storing a mutable object in useState is not the most orthodox thing to do, but it works pretty well here. I imagine that at some point future react might choose to rebuild the current useState by re-initializing and re-applying all the updates (e.g. for HMR), but I haven’t heard of such plans, and this will break a lot of stuff.

As usual, anything doable with useState can also be done with useReducer, but it’s slightly more complicated:

The most obvious base hook, useMemo, doesn’t work well. useMemo(() => ({ current: init() }), []) currently returns a stable object, but React docs warn against relying on this, since a future React version might re-initialize the value when it feels like it. If you’re OK with that, you didn’t need ref in the first place.

useImperativeHandle is not recommended, too — it has something to do with refs, but its implemented to set the value in a layout effect, similar to the worst one of our async options. Also, it

So, useState allows you to build a lazy ref with almost zero code, at a minor risk of breaking in a future react version. Choosing between this and a DIY lazy ref is up to you, they work the same.

I’d argue that what we’ve discussed so far isn’t really lazy — sure, you avoid useless job on re-render, but you still eagerly compute the initial value on first render. What if we only computed the value on demand, when someone reads .current?

Tricky! See codepen, and let me break it down for you:

Is it worth the trouble? Maybe, maybe not. The code is more complicated than the eager useLazyRef. If the initializer is really heavy, and you use the value conditionally, and you often end up not needing it, sure, it’s a good fit. Honestly, I have yet to see a use case that fits these conditions.

This is a very interesting and flexible technique that supports many variations:

We’ve covered 4 good base techniques (useState is an alternative implementation of ) for creating lazy useRef. They all have different characteristics that make them useful for different problems:

Hope you find this useful! If you want to learn more about react, check out my other posts.