I am going to be talking about the basics of version control using git in this blog. Version control allows you to store the different versions of a project when it is under development. For example - You add a new feature to your project but it does not work out. Git allows you to restore the previous version of the project which was working properly.

It is especially helpful when working on large projects and it has advanced tools to help teams collaborate.

Installing git is a very simple task in Linux

You will need to configure git once its installed.

Master is the main branch of the project.

Adding files to the repo

Lastly but most importantly , we will commit the python file to our repo using the command

When we enter this command , git will ask us to write a message for the commit stating whats its function. We will write First commit as our message 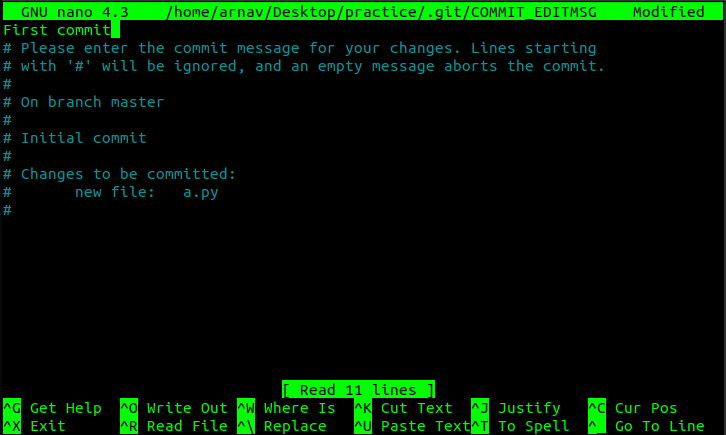 We shall add another line print("abc") to our original file

Now we shall check status of project

These were the basics to getting started with version control , i will be making more detailed blogs in future posts.

Hey there !
I am Arnav , an engineering student hailing from Mumbai.