In Kubernetes, some applications need to be public-facing. Perhaps it’s a web app or something else that needs to be externally accessible outside of the private network. In either case, you’re going to need a way to communicate with the application.

With Kubernetes, there are a few options. One of those being an Ingress Controller.

In this blog post, you’ll learn about what Ingress is, where it fits into Kubernetes, and how to get started with it right now.

The thing is, that means each Kubernetes Service has a load balancer. That can get costly and time-consuming.

For example, below is a snippet from a manifest:

What this essentially says is that you have a Kubernetes Service that you created called test. The test service is set up in Nginx Ingress and the way that you reach the Service is by going to the /testpath path.

Why Is It Needed?

In the previous section, you learned about what Ingress is. Now let’s talk about why it’s needed.

Here are a few things to keep in mind.

For many teams, it would be much easier to have multiple Kubernetes Services without each of them having a load balancer and instead, having one load balancer that every service is pointing to. It’s very similar to what we do with applications that aren’t containerized. For example, think about an Nginx Reverse Proxy. Within a reverse proxy, you have multiple server names, paths, ports, etc. and people can reach the applications via one address (the reverse proxy).

Another fact is that cloud load balancers can get expensive. Per the AWS docs: $0.0225 per Application Load Balancer-hour (or partial hour). Although it’s a small number, that adds up if you have an application running for years and you have multiple applications running, each having its own load balancer.

Getting Started With Nginx Ingress

As with all Kubernetes resources, there’s a Kind/Spec for Nginx Ingress and an API. The API is from the Named API Group.

Let’s jump in and figure out not only how to install Nginx Ingress, but how to start using it.

For installing an Ingress Controller, it’s all going to depend on what platform you’re using. The installation methods are all sort of the same, as in using a Helm chart to install Nginx Ingress, but some options and flags may vary based on what Kubernetes cloud or on-prem service you’re using.

For the purposes of this blog post, you can use the Minikube installation if you have Minikube running on your local machine. You can find the instructions here.

If you want to install Nginx Ingress somewhere else, like AKS or EKS, take a look at the installation guides here and go through the step-by-step. 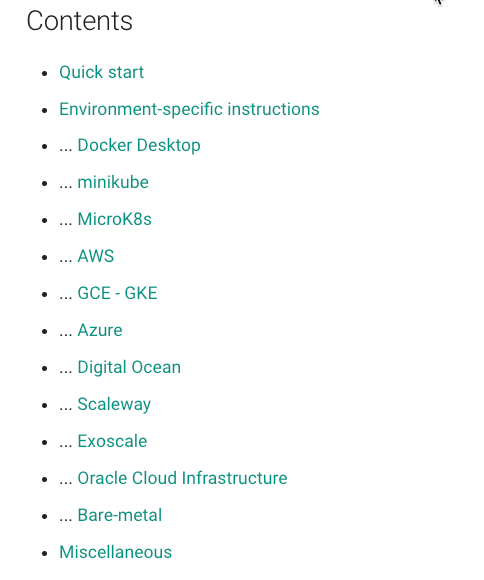 Now that Nginx Ingress is installed, let’s look at how to get an application up and running to use Nginx Ingress.

First things first, you’ll need a front-facing application. To get one going, you can use a stateless version of Nginx via the nginx:latest Docker image. The below Kubernetes Manifest will create:

Save the above Kubernetes Manifest in a location of your choosing (your Desktop for example) and run the following command:

If you run kubectl get pods, you should see Nginx pods running.

Next, you’ll need the Kubernetes Manifest to create an Ingress Controller, which you’ll find below. Notice a few things:

Save the Ingress Manifest as ingress.yaml and run the following command:

Once complete, open up a web browser and go to localhost:8080. You’ll see the Nginx application is now running.

Congrats! You have officially set up your first Ingress Controller.

At the end of the day, they all pretty much do the same thing at their core. It’s just a matter of if there’s one that has some different feature that you need or if it’s coming from a company/product that you’re already heavily invested in.