All (or hopefully all) container images are built using the Open Container Initiative (OCI), which is a standard that was set in place by CNCF to ensure all container images follow the same protocol. That way, they can be used everywhere. If we didn’t have OCI, we would most likely have different container image configurations across our Kubernetes clusters.

You may be thinking to yourself well, Dockerfiles are the standard way of building container images and you’re absolutely right. However, there’s another (and sometimes more effective) way - Cloud Native Buildpacks.

Quick Rant On Containers And Docker

Containers have been around for a long time. Before Docker, there were things like Linux Containers (LXC). However, they were a bit different than what we know as containers today. In the Linux world before Docker, cgroups and namespaces were the primary way to build containers. Both of these have been in the Linux kernel since 2008. Without going too far down the rabbit hole, a lot of engineers found working with containers this way to be incredibly complex.

Docker didn’t invent anything new, it simply made containers far more accessible to everyone. Docker abstracted away all of the nuances with an easy-to-use CLI and fewer scalability headaches.

You’re essentially taking an application and compressing it into the smallest form factor possible.

With Dockerfiles, there are several layers needed. The base image, commands used to run the app, ports used, directories that the application will be stored in, and any other commands needed. Depending on the complexity of your app and the expertise of members of your team, Dockerfiles can get complex.

What Are Cloud Native Buildpacks

Cloud Native Buildpacks take your raw code and turn it into OCI-compliant container images, all without you having to write a Dockerfile or any other configuration file. They look at your source code, determine what base container image it should use, and builds the container image with all of the needed dependencies.

Cloud Native Buildpacks are able to abstract away the need to define a Dockerfile by:

There’s no one-size-fits-all answer, but the best way to put it is…

There’s truly no right or wrong blanket answer. It’s all about what a team's comfort level is with Docker.

Getting Started with Cloud Native Buildpacks

To follow along with this section, you can use the GoWebAPI project found here.

As an example, if you’re on macOS, you can install Pack, the command-line tool with the following Brew package:

Once Pack is installed, open up the GoWebAPI project in the editor of your choosing. For the purposes of this blog post, VS Code will be used. 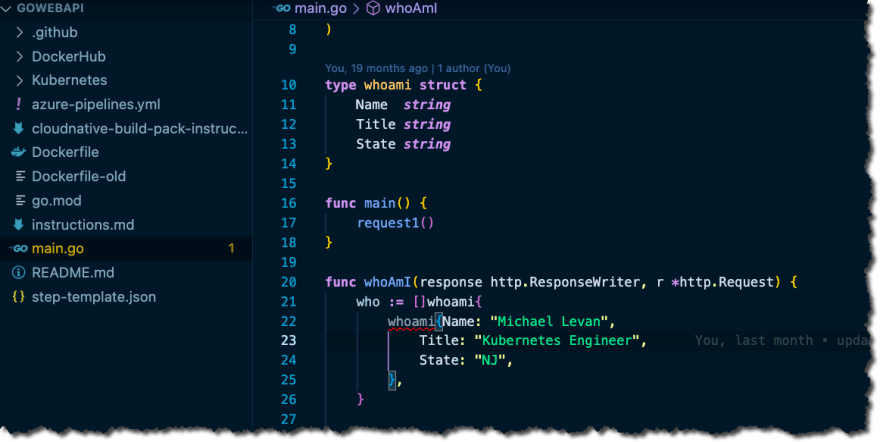 Open up the terminal in your code editor and type the following command, which shows you the suggested base container images for your project. One of the cool things about Cloud Native Buildpacks with the builder is that it’ll scan what’s in your code project and tell you what image would be best to use for your code.

The pack build command is to build the base image and consists of:

Once you run the preceding command, you’ll see an output similar to the screenshot below.

You can test that the container image works by running the following command:

If you open up a web browser and go to localhost:8080, you’ll see that the application is running. 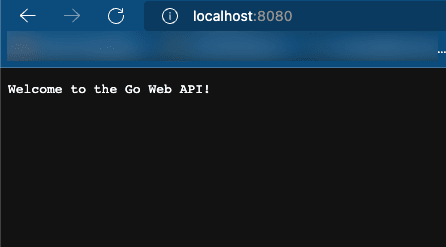 Congrats! You’ve officially (and successfully) set up your very own Cloud Native Buildpack

Thanks for keeping DEV Community safe. Here is what you can do to flag thenjdevopsguy: