It is like an environment where javascript code is evaluated and executed. Whenever any code in javascript is executed, it is run in Execution context.

This is the default execution context. The global code, (i.e the code which is not in the function and object) is executed in it.
Since javascript is single-threaded, only one execution context is possible.

The code inside the function is executed here. Multiple execution contexts are possible because there will be chances of having multiple functions inside one program.

The code inside the eval function is executed here. This is the rare function used by developers.

It looks kinda overwhelming, right?. Let me explain with a simple program and diagrams.

When the JS engine starts executing, the global execution context is created and pushed to the top of the call stack.

After it prints Hello, it starts executing line by line. When the JS reaches the line(shown below), the first function is pushed to the top of the call stack and starts executed. 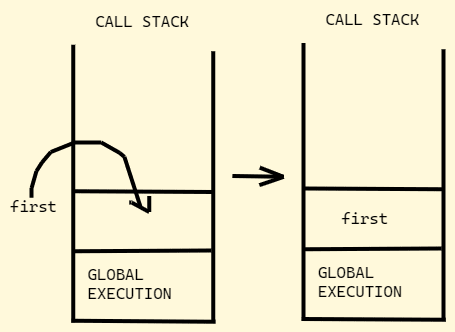 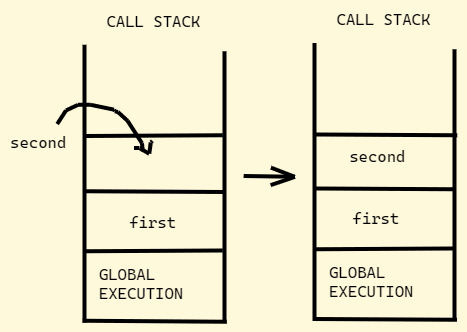 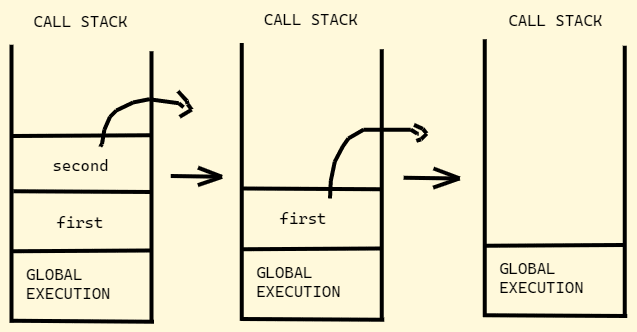 In this phase the JS engine scan through the code, it allocates memory for all variables and functions. For variables, it will allocate memory and assign an undefined. It will not execute any code.

In this phase, the JS engine starts executing the code line by line. It assigns values to the variable and executes the function calls.

In the creation phase, the variables are stored "key: value" pairs(shown in the diagram). Now the code is not executed, just memory is allocated, for the variables it allocates undefined, and for function, it just copied the code. Along with this, it creates a global object (i.e window in the browsers) and creates this binding object, which points global object. 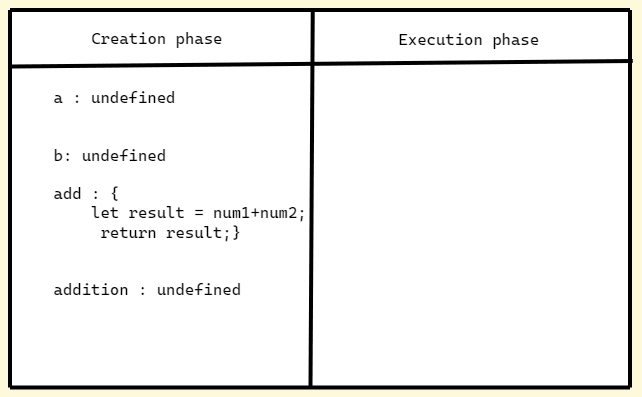 Now it starts executing the code line by line, in execution code, the values are assigned to a variable(shown below). When it reaches the function add another execution context is created. It is called a functional execution context. In that also two phases are there, creation and execution. Inside that creation phase, memory is allocated for the variables with the value of undefined(shown below). 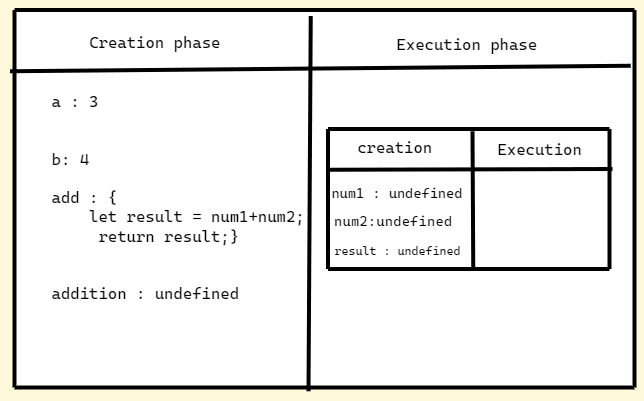 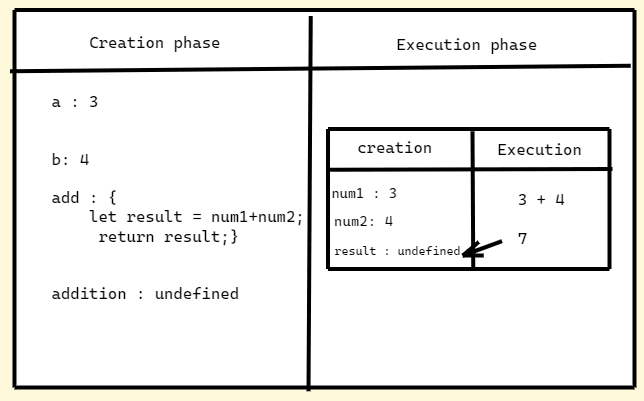 After that, it returns the value and stores it in the addition variable.
Now the add function is popped out of the stack.(shown below)

After printing the variable the global execution context is popped out of the call stack.

That’s it and if you found this article helpful please hit the like button and feel free to comment below! I’d be happy to talk 😃.

10 reasons why Twitter is better than LinkedIn for finding work