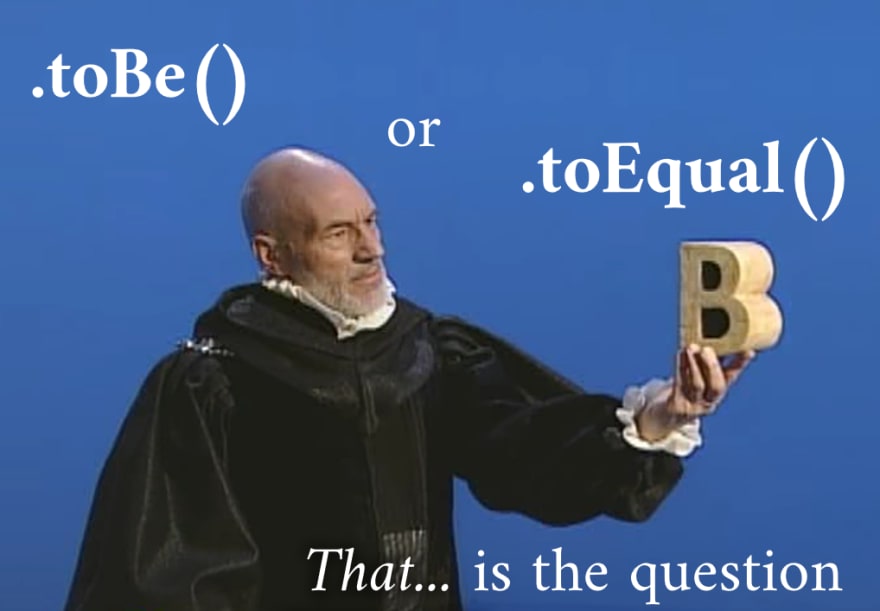 Alright, this is going to be a short one. Let's just get to the point, what should you use instead, and why.

.toEqual() is a better choice in every scenario.

Wait... I thought these were the same thing, just aliased?

Most do! And that right there is the problem. Here's the difference:

Here is an example where the two differ:

Now sure, this confusion could have been avoided had these been named something like .deepEquals() and .strictlyEquals. But that is not the world we live in! And it is unlikely to ever be, since they already have .toStrictEqual() built in which actually is closer to a deep equal, than a strict equal (===). Not at all confusing! 🤬

In most cases, you are comparing an actual value with a hard coded expectation.

So in these cases, .toEqual() gives you exactly what you want. It also shows a diff of the specific properties and values that do not match when a test fails. 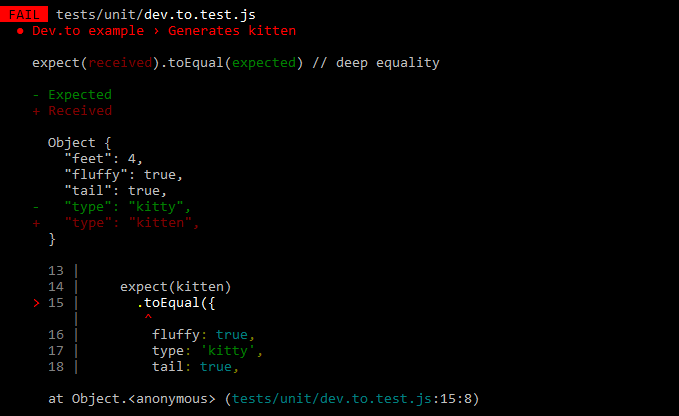 In these cases the .toEqual and the .toBe are equivalent, because the first thing they both check is if the values are strictly equal. So performance wise there is no difference. .toEqual just handles more cases if the strict equality fails on non-primatives.

Okay, so I it doesn't matter, then I can use either for primitives?

You can... but you shouldn't. The naming of them is close enough that the subtle difference between when one should be used over the other isn't intuitive or obvious. You should default to using .toEqual in all cases to prevent any confusion. For the same reason that I don't use ++x or x++ in my codebases. I don't want to assume that the person that wrote that line of code understands the subtle differences between .toEqual and .toBe or the very subtle differences between Object.is and ===. It's much safer to always use .toEqual so anyone in the codebase will follow this same approach. I'd rather just avoid the issue. Plus, consistency matters.

But what if I actually do want to test if something is a reference?

Sure, here's that hypothetical, and where people might wrongfully tell you to use .toBe:

In this example we actually want to know if a value is a reference. In most cases we don't want that, but here we do. So using .toBe works, but it isn't obvious to others that we are using it to validate that something is a reference. So, even though the test passes, it's not really a good choice. We should make the intent of our code clear and obvious.

Here is a more obvious approach. (Note the use of .toEqual)

Benefits of this approach:

Ahh ok I get it. Reduce the cognitive overhead of choosing one over the other

Yes, .toBe is almost never required, while .toEqual often is. So use it by default in all cases and avoid .toBe.

type vs interface in TypeScript