So in this post I will be discussing the major changes that were pushed by the "Java Creators" from transitioning from Java 7 - > Java 8.

❗ [DISCLAIMER]-This will be a long post , because i wanted it to be the single core resource for Java 7 -> Java 8 transition, which will help developers in the future as they get everything in one single post and do not have to refer to any other resource .

📋 Here we mainly discuss the differences, or in other words advancements that have been included in Java 8 when compared to Java 7.
To begin with, let me give a brief introduction to Java 7. Java 7 was released in 2011. This was the first major update of Java after being acquired by Oracle from Sun Microsystems. Java 7 is the final Java version that would officially support Windows XP.

📎 There were some major features that were included in Java 7. Such as:

📒 But in this blog, our main concern will be on discussing a few advancements that happened when updating from Java 7 to Java 8.
Java 8 was released in March 2014. The most anticipated feature — Lambda Expressions, was introduced and made possible from Java 8. The use of this Lambda Expressions made Java closer to functional programming which it was not used to be. Java 8 also includes a faster and improved JVM which makes it possible to run programs more efficiently.

📎 Now it is time to point out and discuss some of the major upgrades of Java 8 when compared to Java 7.

Let us look at a couple of examples using lambda expressions:- 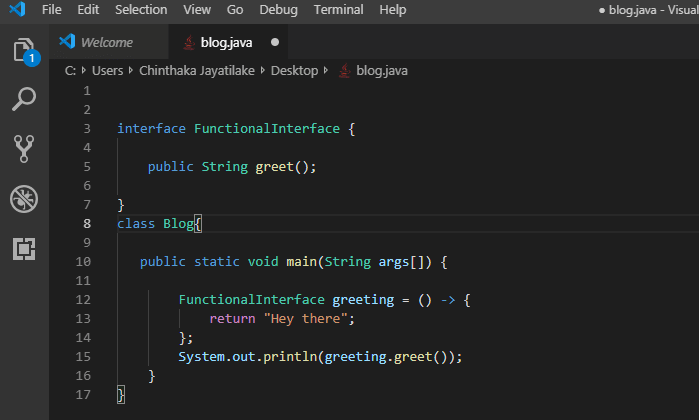 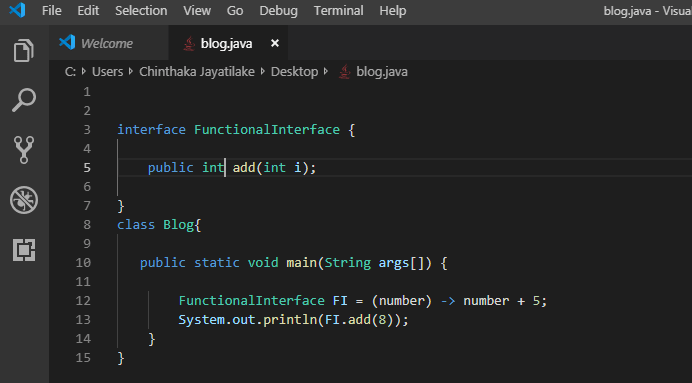 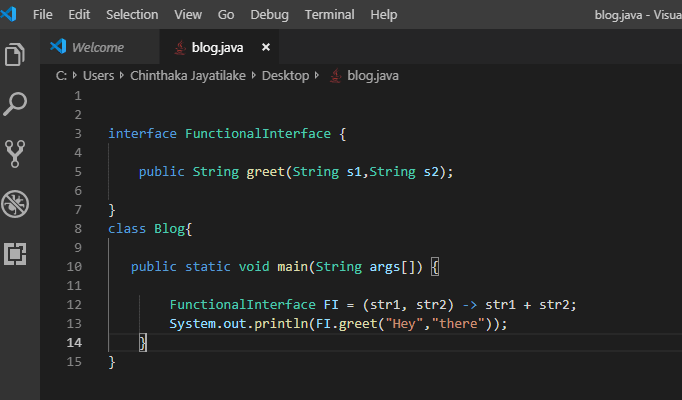 In Java, a functional interface is an interface that has only one abstract method.

🎯 Null Reference Template
We can also call it the Java Optional Class. 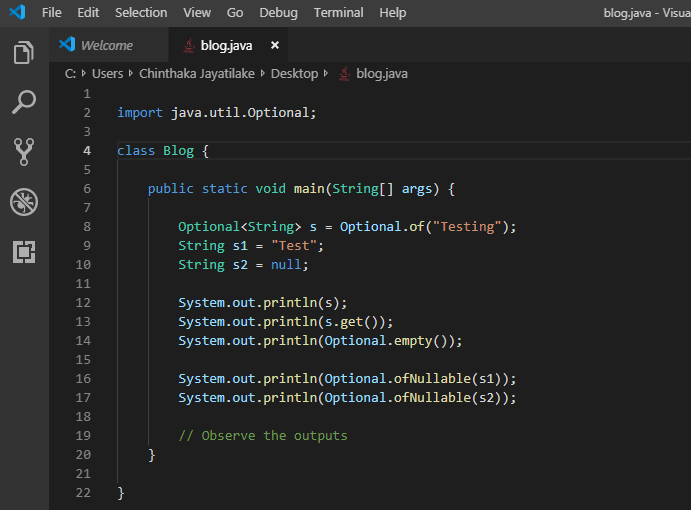 In java.util.Date class the years starting from 1900 and the months start from 0. So it is important to know it, as when we want to assign a year and a month it must be as (YYYY-1900) and (MM-1). This was overcome in Java 8 using the classes in java.time package.
Unlike integer or string, the Date class is mutable. Which means that the date can be changed without the owner class knowing. Java 8 has a solution for this. The LocalDate, LocalTime, LocalDateTime, etc. introduced in Java 8 are immutable (The original object is not changed. Whenever a change is done, a new object will be returned). 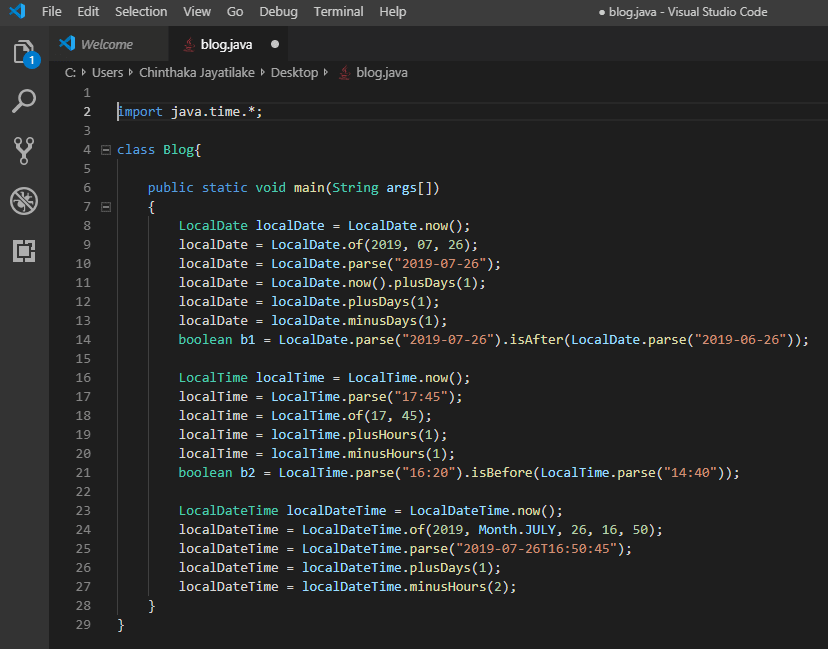 Use of the New Date and Time API ☝️

It is not clear what Java 8 has tried to achieve by the advancement in unsigned integer arithmetic. But generally, an unsigned integer is considered to be harmful to Java. It adds complexity to the type conversion tools, type system, and library APIs. 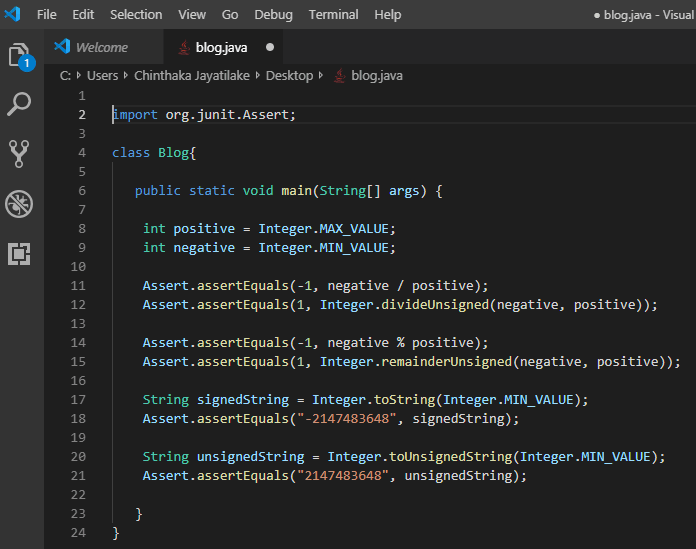 The main advantage that we get using the Stream API is that it clearly increases the speed and efficiency of the program. It is considered to be a powerhouse in Java. 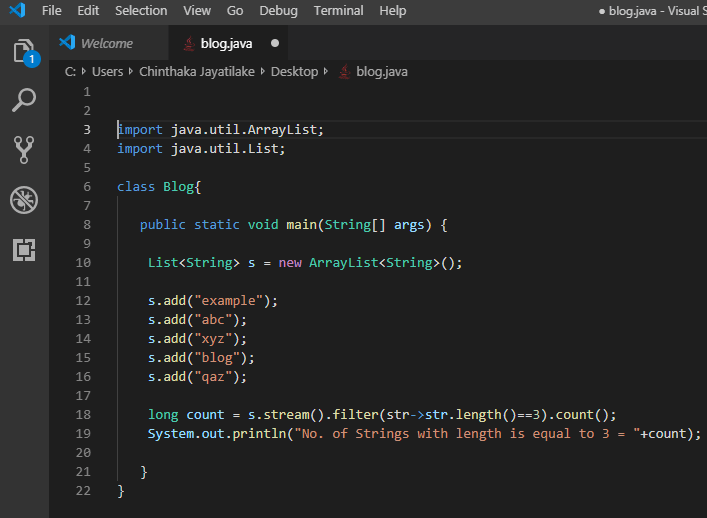 Parallel sorting uses multiple threads for the operation. It makes the program fast and efficient. This will not be that much visible with a small data set. But if we use large data set the efficiency and the increase in performance will be highly noticeable. 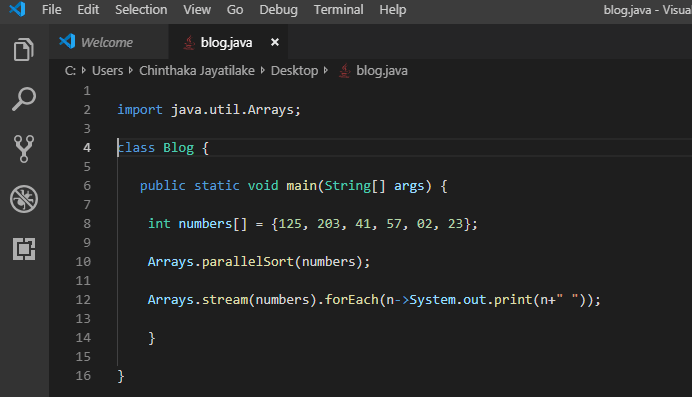 The JavaScript Engine introduced with Java 8 was named Nashorn.
With that now, we have come to the end of this section and the main aim of it was to give an idea about the updated and added features in Java 8 compared to Java 7. According to the examples provided hope you got an idea on how to use these advancements for your benefit. Most of these provide us with advantages but there are certain drawbacks as well if we look at different perspectives. It is important to remember, only to absorb the features that would help us and make our program more efficient, reliable, and stable.

Now lets go into a little deeper into some important concepts that are used very often.

Use this syntax when you are referring to a static method.

📎 Method reference to instance method of an existing object :

Use this syntax when you are referring to an instance method of already existing object.

where ‘s’ is a reference variable referring to Student object which already exist.

Use this syntax when you are referring to an instance method by passing reference variables as an argument.

You can also refer to the constructor of a class same as method references. Syntax for referring to constructor is:

It has been a tough task for Java API developers to add new methods to current interfaces. Because, even if you add a single abstract method to an interface, all existing implementations of that interface have to be updated with implementation of new method. What if there exist hundreds or thousands of implementations of an interface? Even worse, What if you don’t have control over all of those implementations? To overcome such overhead, new features are introduced to interfaces from Java 8. They are default methods and static methods. In this article, we will see these new Java 8 Interface Changes.

In Java, a class can extend only one class but can implement multiple interfaces. With the introduction of default methods, it is possible that your class inherit multiple methods with same signature. In such scenarios, to solve the conflict, Java 8 specifies 3 rules to follow. 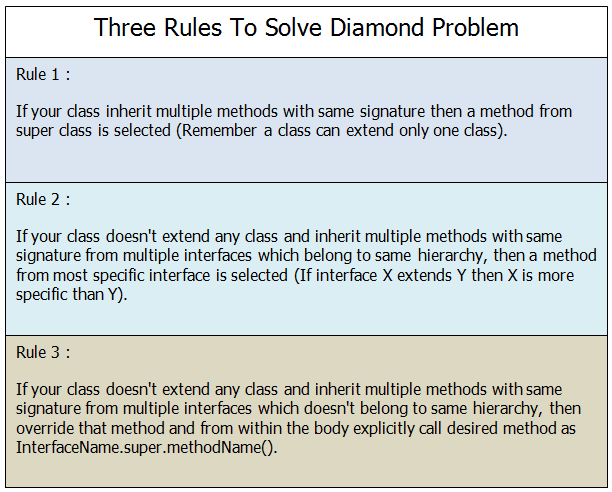 Definition With Example
From Java 8, interfaces can also have static methods. Static methods are also concrete methods but they can’t be implemented.

Collection is an interface and Collections is an utility class containing only static methods which operate on Collection objects.

Java API developers have followed this pattern of supplying an utility class along with an interface to perform basic operations on such objects. But from Java 8, they have break this pattern by introducing static methods to interfaces.

🎯 Interface Vs Abstract Class After Java 8

With the introduction of concrete methods (default and static methods) to interfaces from Java 8, the gap between interface and abstract class has been reduced significantly. Now both can have concrete methods as well as abstract methods. But, still there exist some minute differences between them. In this article, we will try to list down the differences between interface Vs abstract class after Java 8.

🎯 Member’s Accessibility
All members of interfaces are public by default. Interfaces don’t support private and protected members. But, abstract classes support all type of members – private, protected and public members.

🎯 Interface Vs Abstract Class After Java 8 :
The below table and program summarizes the similarities and differences between interface and abstract class after Java 8 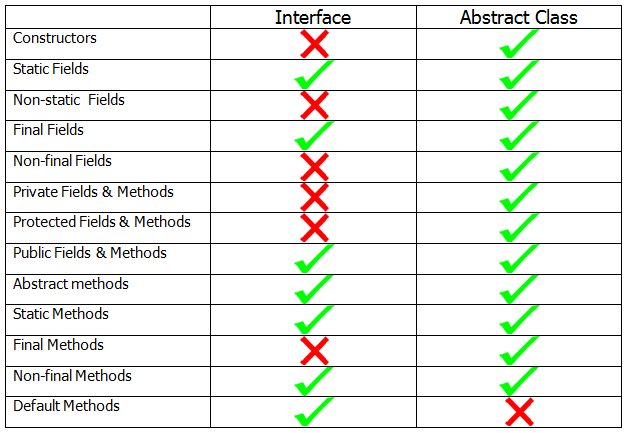 Thank you for reading this Article. 😊

Please leave a ❤️ if you liked it.
An 🦄 will be great.

And let me know in the discussions area ,if you have any suggestions for me.

Some of my other posts: